First Lady Jill Biden made her solo debut on the diplomatic stage Friday, meeting in Tokyo with Japanese Prime Minister Yoshihide Suga’s wife Mariko before attending a reception at the Imperial Palace with Emperor Naruhito.

Dr. Biden, 70, was fully masked the entire time and kept to a strict socially distanced protocol. She embraced all the restrictions despite already having been double-vaccinated against the coronavirus last year.

Joe Biden and his wife Jill Biden will receive a coronavirus vaccine publicly on Monday, according to his team. https://t.co/0bfknC3lOv

Suga had earlier prepared a special incense workshop for Biden at Akasaka Palace, where the first lady would smell difference fragrances and put together a small scented satchel.

People reports the first lady also met virtually with some U.S. Olympians, including basketball player Sue Bird and baseball player Eddy Alvarez, the flag-bearers for Team USA at the opening ceremony. (“Thank you so much, I love seeing you — you must be so excited!” she said with a giggle.) 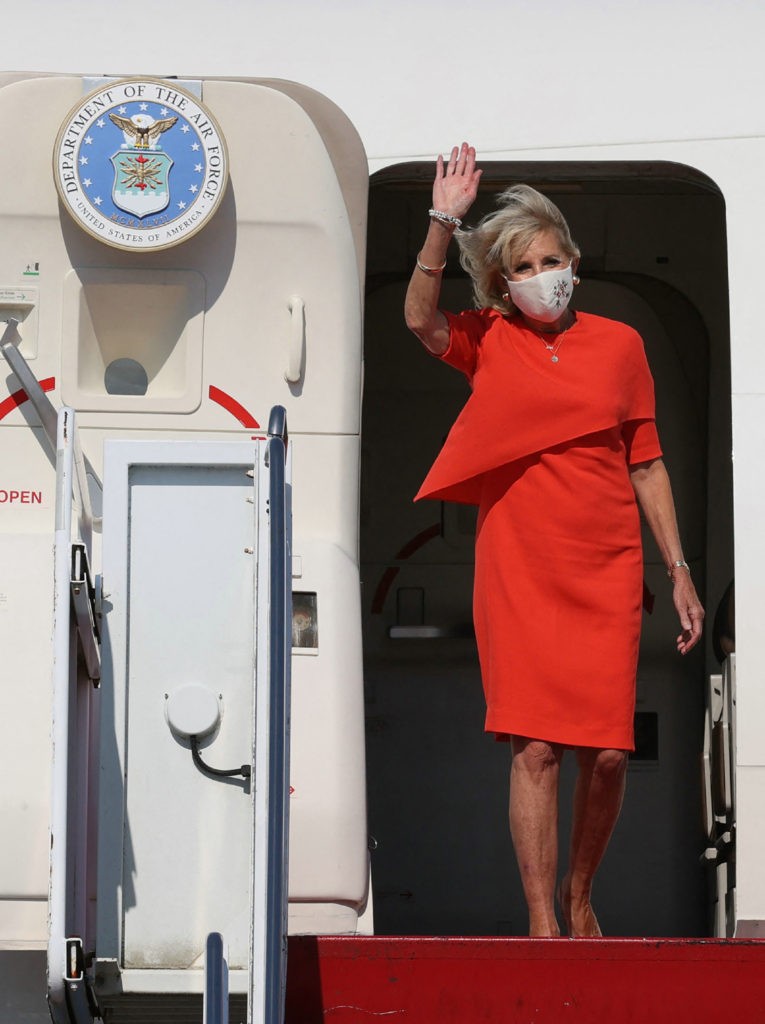 She told the athletes during the virtual meeting: “I want to thank each person who helped you be here today. Now those years of work, the drive and faith that have kept you going have led you here. Congratulations.”

Afterward she revealed, “it was emotional” after seeing the Olympians. “It meant a lot to me. And to Joe. It should be exciting to watch the events,” she said.

“Thank you for your help,” she told her staff and embassy staff who put the Zoom call together.

“Am I allowed to shake hands?” she asked the staff, giving out elbow bumps instead. “Just pretend these are hugs,” she said. 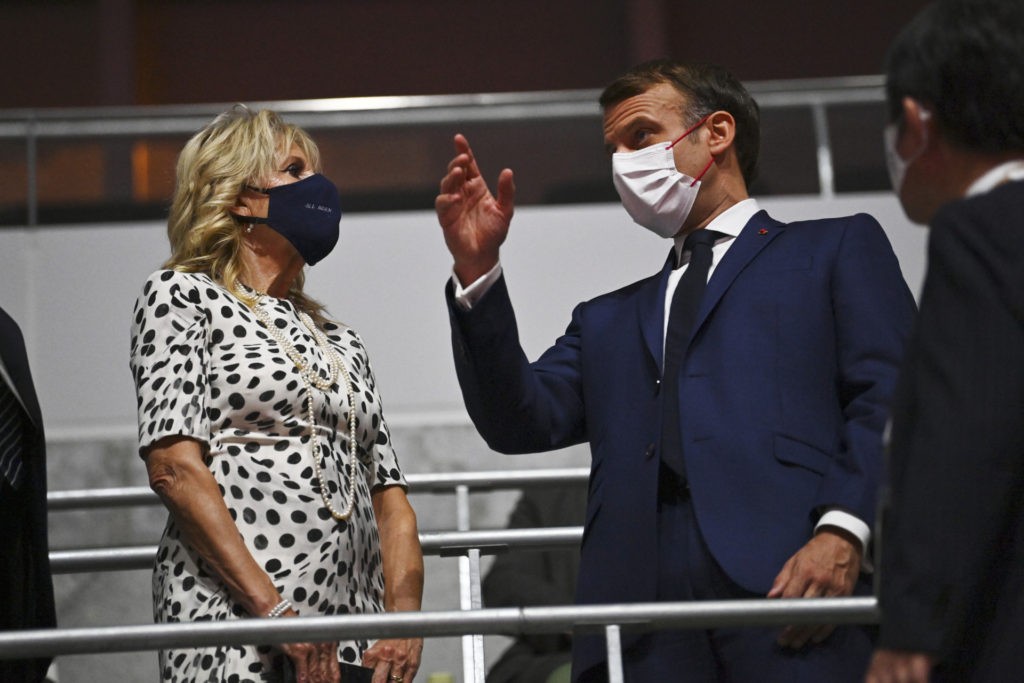 Jill Biden speaks with French President Emmanuel Macron as they arrive at the opening ceremony in the Olympic Stadium at the 2020 Summer Olympics, Friday, July 23, 2021, in Tokyo, Japan. (Dylan Martinez/Pool Photo via AP)

On Saturday, the first lady will dedicate a room in the residence of the U.S. chief of mission to former U.S. Sen. Daniel Inouye, D-Hawaii, and his wife, Irene Hirano Inouye. The senator died in 2012, and his wife died last year.

She will host a U.S.-vs.-Mexico softball watch party at the U.S. Embassy for staff and their families, and cheer U.S. athletes competing in several events before leaving Tokyo. 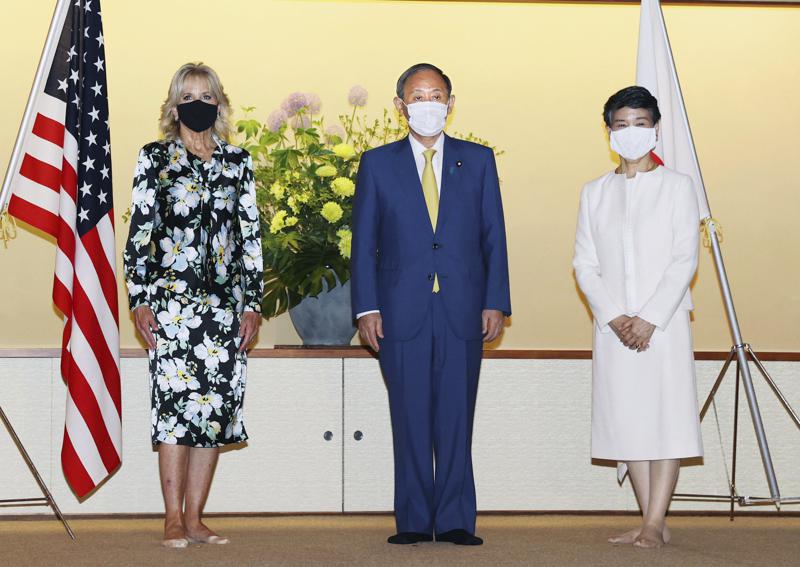 Jill Biden poses for a photo with Japanese Prime Minister Yoshihide Suga and his wife Mariko in Tokyo, Thursday, July 22, 2021. Biden embarked on her first solo international trip as first lady, leading a U.S. delegation to the Olympic Games in Tokyo, where the coronavirus is surging and COVID-19 infections have climbed to a six-month high. (Kyodo News via AP)

The Olympic host city is now under its fourth state of emergency, which runs through Aug. 22, spanning the duration of the Olympic Games that open Friday and end Aug. 8. Fans are banned from all venues in the Tokyo area, with limited audiences at a few outlying sites.

After Japan, the first lady will fly to Honolulu before returning to Washington, D.C.