President Joe Biden met with Sen. Shelley Moore Capito (R-WV) on Wednesday to discuss infrastructure, but no major breakthroughs were achieved before he left Washington, DC.

“The two agreed to reconnect on Friday,” the White House revealed in a statement about the “constructive and frank conversation” in the Oval Office.

Later in the evening, the president and first lady traveled to their beach home at Rehoboth beach in Delaware, where they plan to take Thursday off to celebrate Jill Biden’s 70th birthday. The Bidens have nothing on their public schedules. 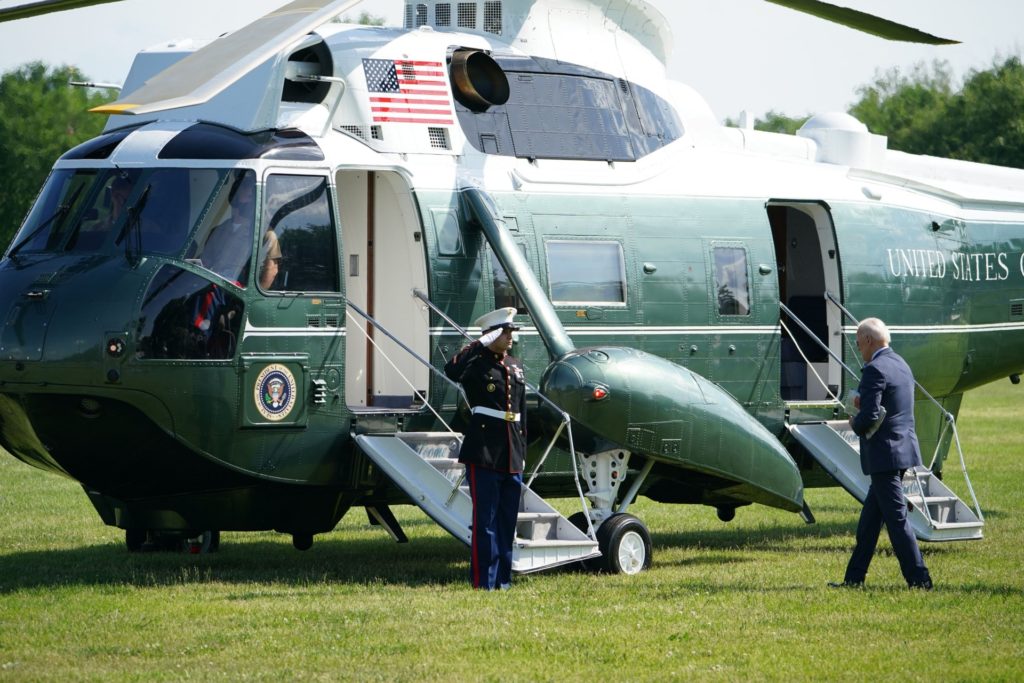 U.S. President Joe Biden boards Marine One on The Ellipse, south of the White House, in Washington, DC  as he departs for Rehoboth Beach, Delaware. (MANDEL NGAN/AFP via Getty Images)

Both sides remain firm in their negotiating positions. Republicans want no tax hikes while Biden and the White House want big tax hikes on corporations and the wealthy to fund more spending. Politico reported Thursday that Biden was firm that he wants $1 trillion in new spending.
It’s unclear how long Biden plans to keep negotiating with Republicans but he has signaled the time for discussions is running out.

White House press secretary Jen Psaki said Biden was used to ongoing talks, but would break them off if progress was no longer possible.

“You know, him — patience is not unending, and he wants to make progress,” she told reporters at the White House press briefing on Wednesday. “His only line in the sand is inaction. He wants to sign a bill into law this summer.”