During that operation, MC-130J refueling aircraft, CV-22B Ospreys tilt-rotor aircraft, and KC-135 refueling aircraft based at Royal Air Force Station Mildenhall deployed to Rota, Spain, on October 29. From there, U.S. special operations were flown and parachuted into Nigeria, traveled on foot approximately three miles, engaged the hostage-takers in a firefight, and rescued American hostage Philip Walton, taking him to an extraction site where CV-22s flew them to safety, according to The Aviationist.

Trump said after the mission, “They went in with a large group. Zero casualties. We got our American citizen, young man, we got our young man back. But the other side suffered gravely, I can tell you that. Our nation salutes its courageous military, which brilliantly executed this operation. Very few people would have been able to do that. It was very complicated, and very complex, a tough area.” He later thanked members of the rescue in person at Fort Bragg.

On Monday, on a cold and rainy day at Mildenhall, Miller met with and thanked members of the 100th Air Refueling Wing (ARW), known as the “Bloody 100th,” and the 352nd Special Operations Wing, who supplied fuel for the entire rescue operation. 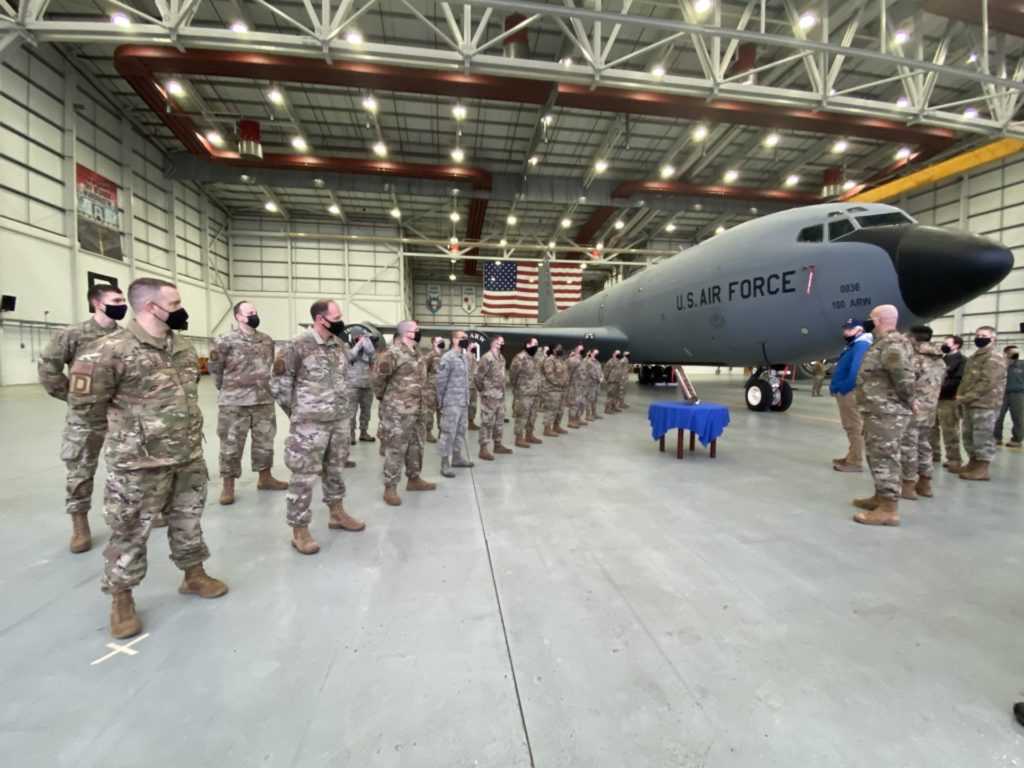 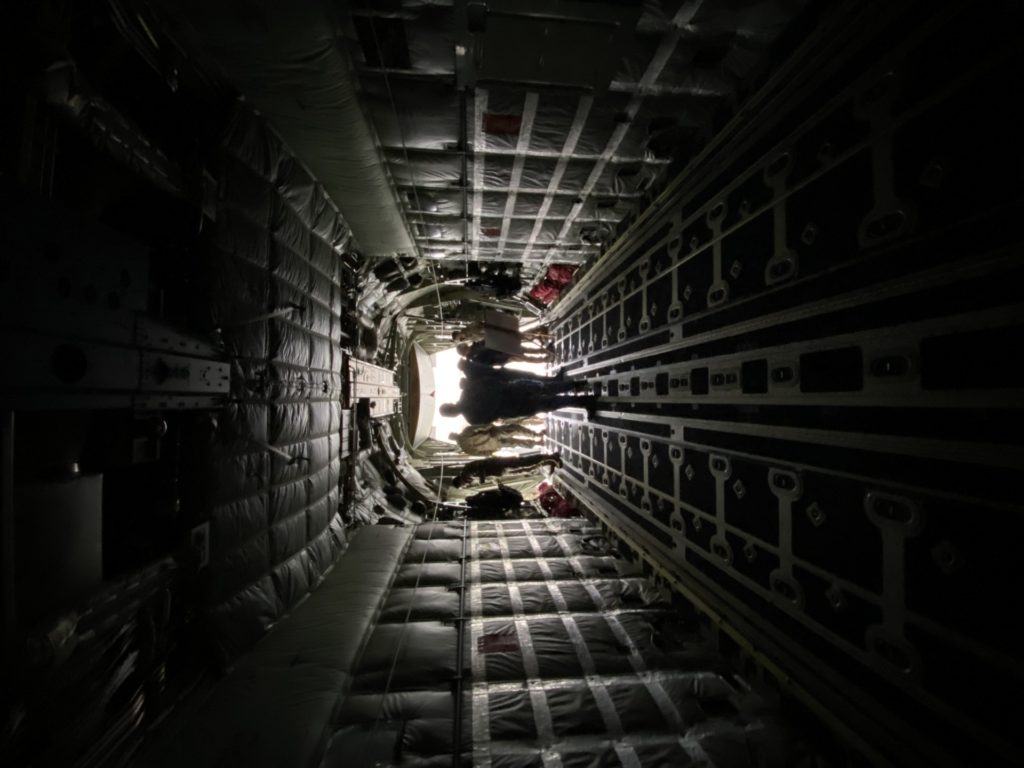 The wing also supported the deployment of hundreds of U.S. troops to Iraq on New Year Eve 2019, when the U.S. embassy in Baghdad appeared to be on the verge of being overrun by Iran-backed protesters.

“Can you imagine how hard it is to tell people [who are] normally trying to celebrate New Year’s Eve, ‘Hey, no popping of corks, come in here and turn on the lights, we need you to get to work?” Pananon recalled.

Miller presented the wing’s maintenance group with the 2020 Secretary of Defense Award for Maintenance Excellence. 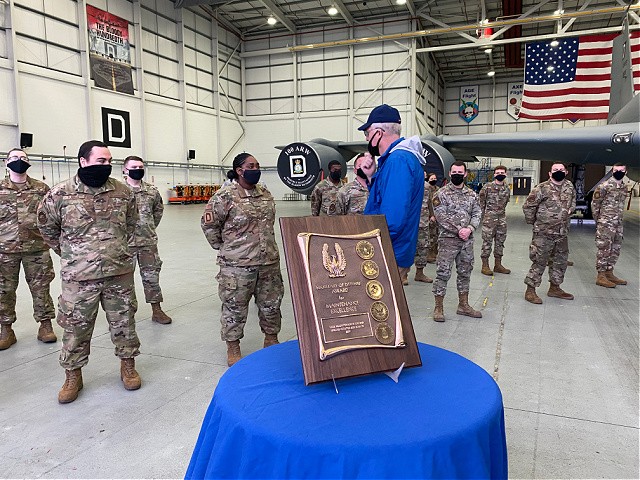 Miller also met with troops doing a number of different demonstrations. He observed a military working dog exercise by the 100th Security Forces Squadron at RAF Mildenhall, then went to RAF Lakenheath for a demonstration of COVID-testing by the 48th Medical Group, a police training simulator demonstration by the 48th Security Forces Squadron, an F-15 flight simulator with the 48th operations Support Squadron, met with members of the 48th Maintenance Group and helped put out a fire of a burning mock F-15 with the 48th Civil Engineer Squadron. 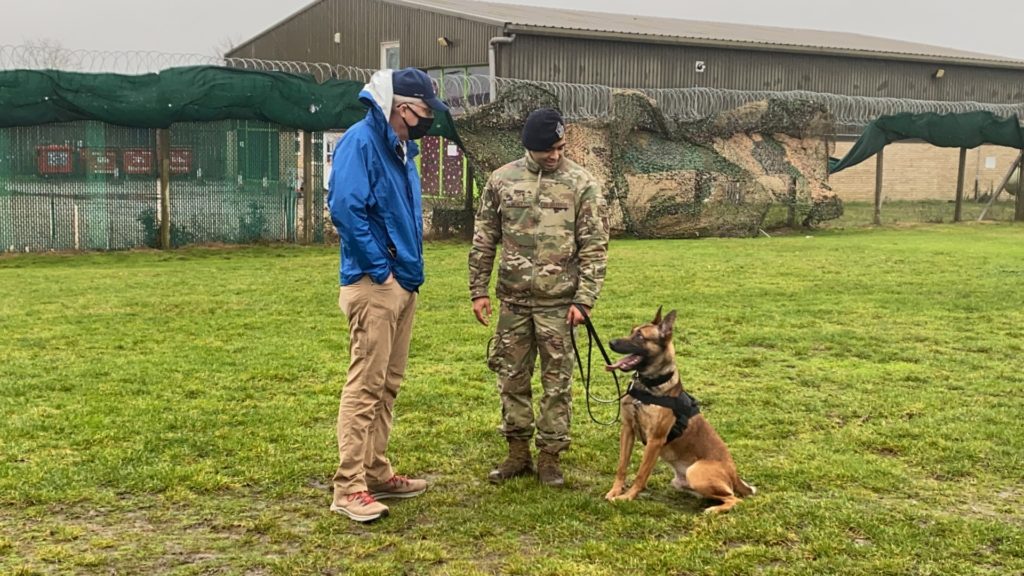