The main U.N. human rights body agreed Monday to a request from African countries to urgently debate alleged “systemic” U.S. racism and police brutality sparked by the death of George Floyd, the black man killed while in police custody in Minneapolis on Memorial Day.

As the 43rd session of the U.N. Human Rights Council resumed after breaking in March over the Chinese coronavirus pandemic, council president Elisabeth Tichy-Fisslberger’s proposal to hold the debate on Wednesday afternoon was met with the approval of all 47 council members.

The request came last Friday in a letter written on behalf of 54 African countries by Burkina Faso’s ambassador to the U.N. in Geneva.

Her missive cited the “weight of history” as well as Floyd issuing what she called “A desperate yearning for a long-departed mother. Reaching deep from the bowels of fragile humanity. Grasping for breath. Begging for mercy. The entire world heard the tragic cry”.

The U.N.’s top rights body was asked for an “urgent debate” on “racially inspired human rights violations, police brutality against people of African descent and the violence against the peaceful protests that call for these injustices to stop.” 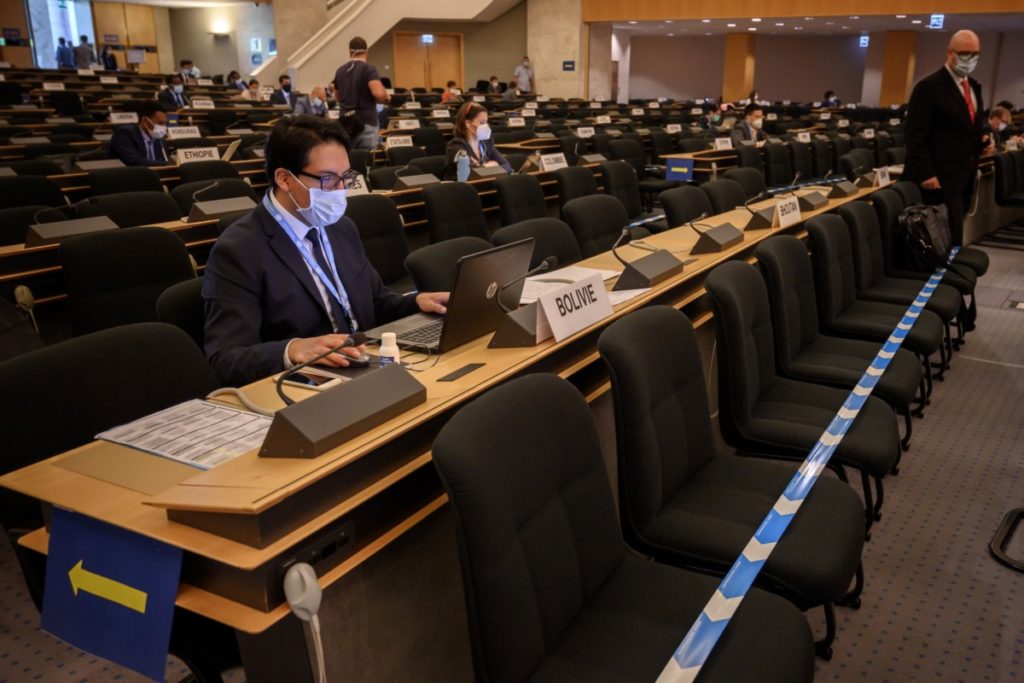 Delegates in protective face masks attend the resuming of a U.N. Human Rights Council session after it interruption in March over the coronavirus pandemic on June 15, 2020 in Geneva. – The U.N.’s top rights body Monday agreed to a request from African countries to urgently debate racism and police brutality this week following unrest in the U.S. and beyond over George Floyd’s death. (FABRICE COFFRINI/POOL/AFP via Getty Images)

The letter, personally addressed to Tichy-Fisslberger, requested this debate be held this week.

Floyd’s death, “is unfortunately not an isolated incident, with many previous cases of unarmed persons of African descent suffering the same fate due to unchecked police brutality,” the letter said.

“Sadly, the fates of many other victims attracted no attention, as they were not captured on social media for all to see,” Ambassador Dieudonne Desire Sougouri wrote on behalf of the African Group at the council.

While the letter called for a debate on racism everywhere, it in particular pointed to the situation in the United States.

“The protests the world is witnessing are a rejection of the fundamental racial inequality and discrimination that characterise life in the United States for black people, and other people of colour,” it said.

That debate will now go forward with the U.N.’s focus firmly on allegations of unfairness and inequality around the globe in general and in the U.S. in particular.

This is not the first time the globalist U.N. has been approached to intervene in U.S. matters.

Last week the family of George Floyd sent a letter of their own to the United Nations to ask for its help in disarming police officers in the United States, as Breitbart News reported.