The president flew to Dover after his New Hampshire political rally and was joined by Vice President Mike Pence for the ceremony.

SFC Antonio R. Rodriguez from Las Cruces, NM, and SFC Javier J. Gutierrez from San Antonio, TX, were killed on Saturday in Afghanistan after a man dressed in an Afghan army uniform opened fire with a machine gun on Afghan and American troops.

“These were fallen heroes and we were close by and the president wrapped his rally early so he could come,” National Security Advisor Robert O’Brien told the press. 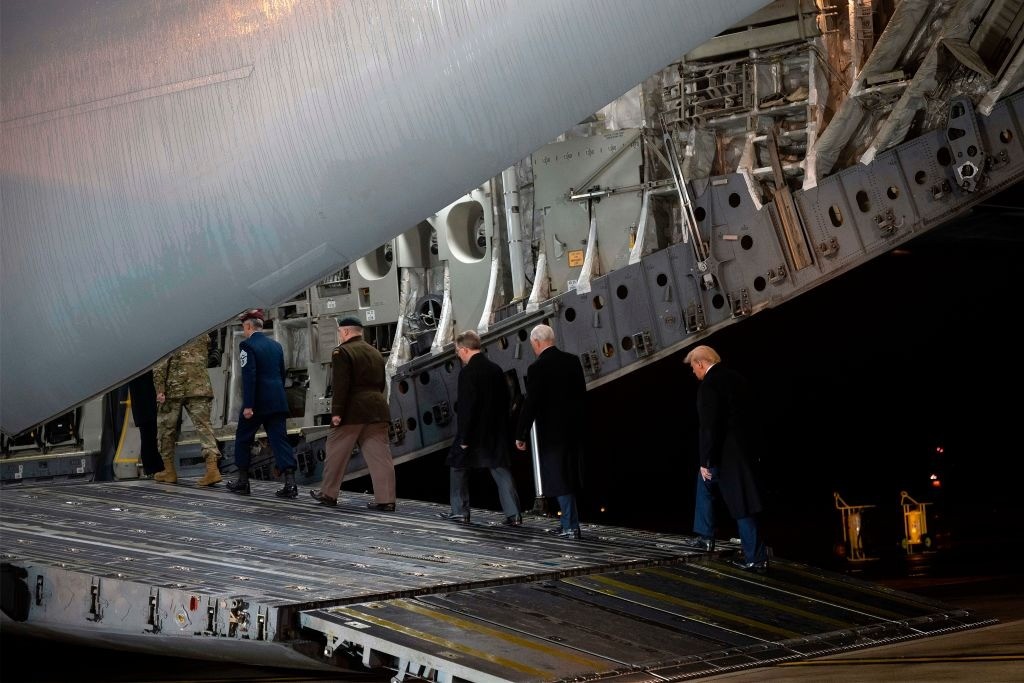 The transfer ceremony occurred at about 11:00 p.m.

The two flag-draped cases were transferred from a C-17 by the army carry team and loaded into vehicles.

The president shared the news on Twitter after he returned to the White House.

The president frequently refers to the dignified transfers in Dover while making the case to end the wars in the Middle East.

“We got to get out of the endless wars. We have to bring our troops back home,” Trump said at a press conference in October. “I go to Walter Reed and I give out Purple Hearts … I see the incredible soldiers coming home to Dover, coming home in a coffin, on areas that we have nothing to do with and it’s heartbreaking.” 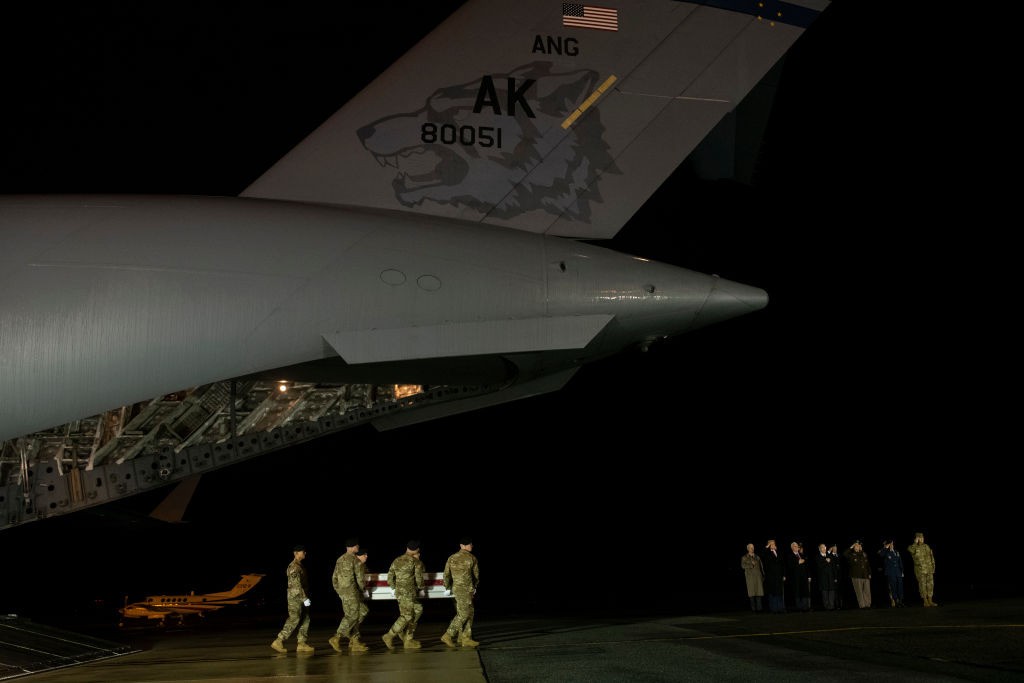