President Trump is reportedly considering an executive order to mandate that federal buildings are updated and constructed in a “classical architectural style” that resembles the United States’ most beloved monuments.

In an exclusive report by Architectural Record, Editor-in-Chief Cathleen McGuigan details a draft executive order by Trump titled, “Making Federal Buildings Beautiful Again” wherein the administration seeks to end the half-century reign of brutalist and deconstructivist architecture that has been widely pushed by modernists and post-structuralists.

Instead, McGuigan reports, the order would rewrite the Guiding Principles for Federal Architecture to mandate that federal buildings are updated and built using the codes of classical architecture like that of Union Station in Washington, D.C. and the White House:

RECORD has obtained what appears to be a preliminary draft of the order, under which the White House would require rewriting the Guiding Principles for Federal Architecture, issued in 1962, to ensure that “the classical architectural style shall be the preferred and default style” for new and upgraded federal buildings. Entitled “Making Federal Buildings Beautiful Again,” the draft order argues that the founding fathers embraced the classical models of “democratic Athens” and “republican Rome” for the capital’s early buildings because the style symbolized the new nation’s “self-governing ideals” (never mind, of course, that it was the prevailing style of the day). [Emphasis added] 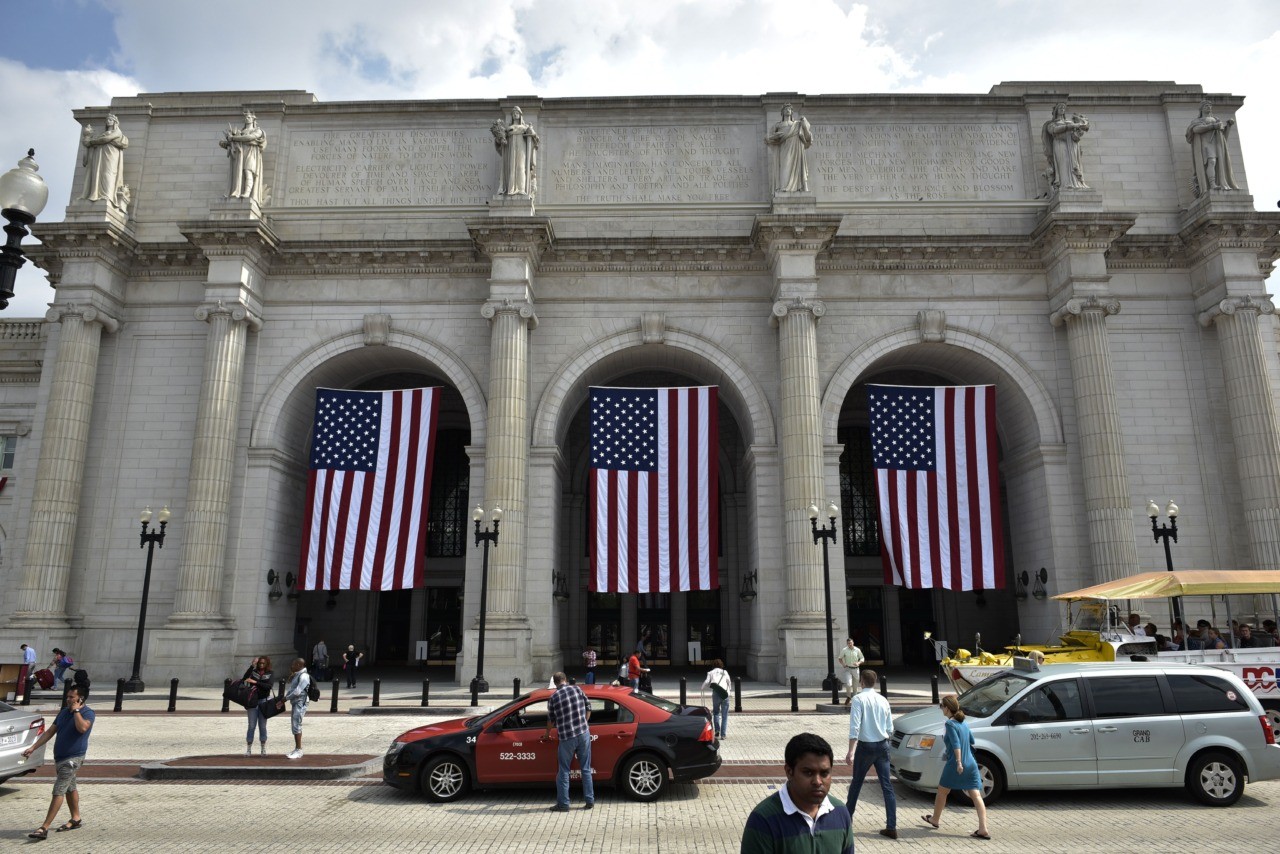 US flags are seen outside of Union Station on July 1, 2016, ahead of the Independence Day holiday weekend, in Washington, DC. (MANDEL NGAN/AFP via Getty Images) 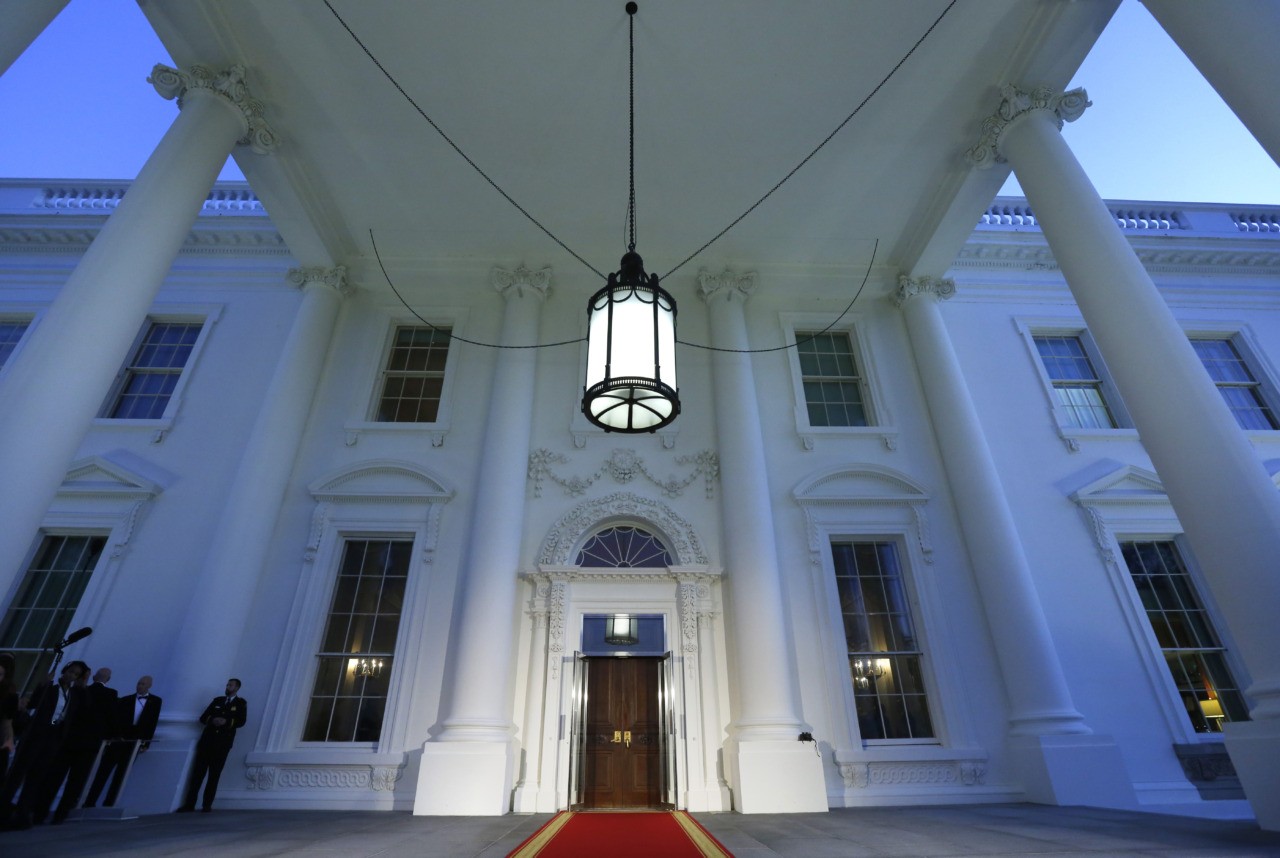 The North Portico of the White House is seen in Washington on October 18, 2016. (YURI GRIPAS/AFP via Getty Images)

Currently, the Guiding Principles for Federal Architecture mandates there must be no “official style” to federal buildings — instead, the directive states, federal buildings must be constructed and updated to “embody the finest contemporary American architectural thought.”

The draft order, though, would reverse this directive, banning the use of brutalist and deconstructivist architectural styles on the basis that they do not “provide visual testimony to the dignity, enterprise, vigor, and stability of the American government” and require classical and traditional regional architecture instead.

The draft decries the quality of architecture under the General Service Administration’s (GSA) Design Excellence Program for its failure to re-integrate ‘our national values into Federal buildings’ which too often have been ‘influenced by Brutalism and Deconstructivism,. 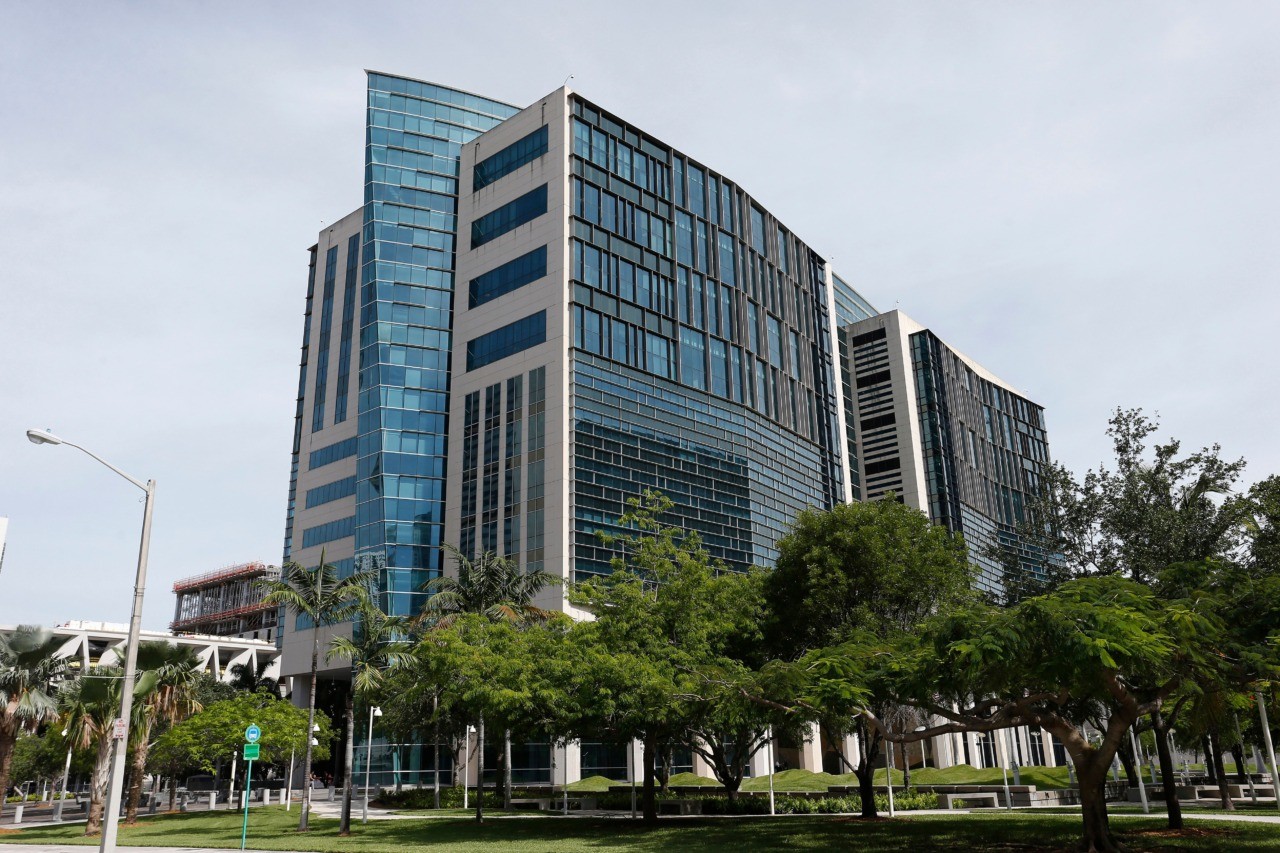 A general view of the Wilkie D. Ferguson Jr. US Federal Courthouse as seen in Miami, Florida on June 12, 2018. (RHONA WISE/AFP via Getty Images) 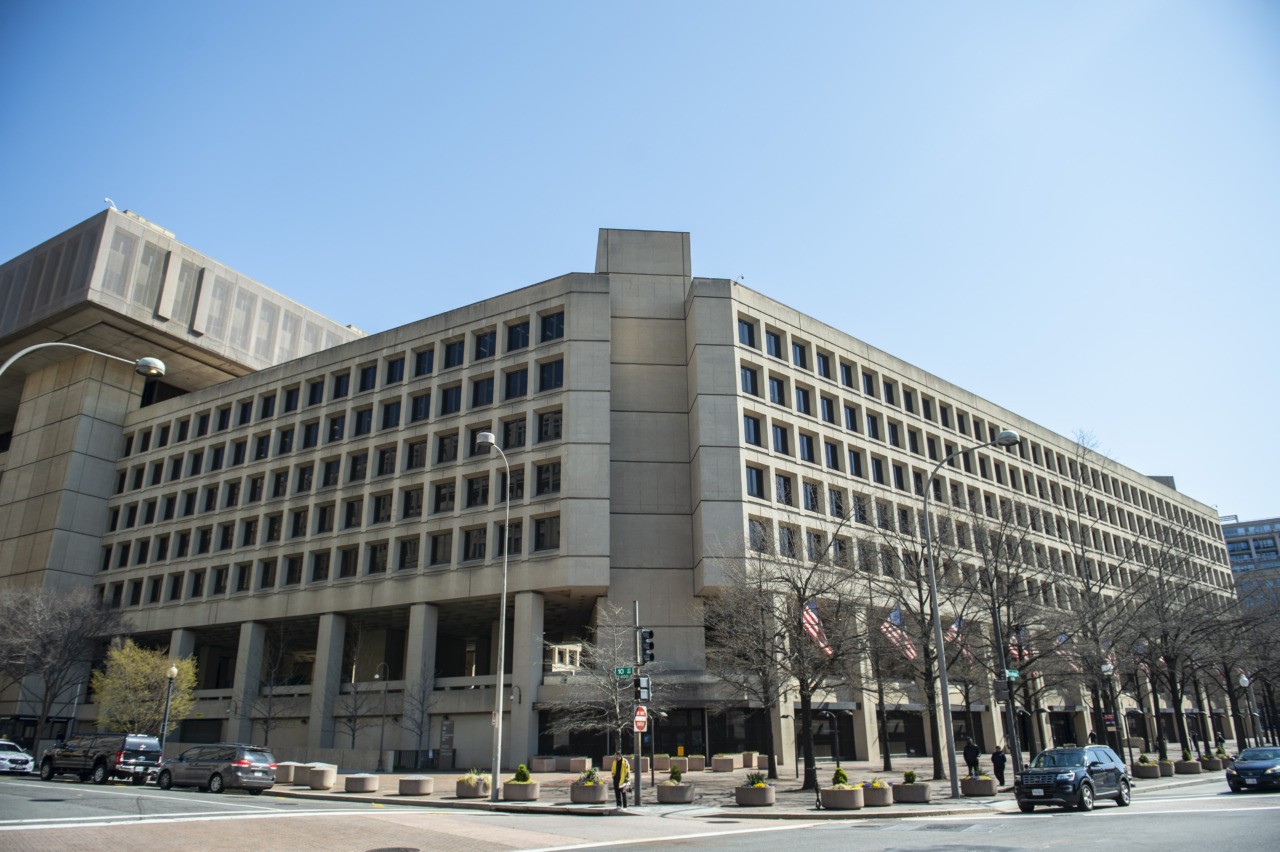 The J. Edgar Hoover Building of the Federal Bureau of Investigation (FBI) is seen on April 03, 2019 in Washington, DC. (ERIC BARADAT/AFP via Getty Images)

The draft order would create a committee to re-beautify federal architecture, to would include at least one member of the U.S. Commission of Fine Arts.

Trump has appointed a series of architects and experts to the Commission of Fine Arts, a number of whom whose work is devoted to classical and traditional American architecture — including the National Civic Art Society’s Justin Shubow and James McCrery, as well as classical architect Duncan Stroik.

For more than half a century, contemporary developers and architects have sought to remake historical national aesthetics, replacing traditional designs with modernist monstrosities. The most recent example has been in Hudson Yards, New York City, where modernist architect Thomas Heatherwick has created “Vessel,” an enormous jutting honeycomb-shaped interlocking staircase.

The White House has not commented on the draft order.