A group of open borders activists vandalized with fake blood a government contractor in Boca Raton, Florida, that provides facility space for the Immigration and Customs Enforcement (ICE) agency to detain border crossers and illegal aliens.

The activists stampeded the GEO Group’s facilities on Tuesday, splashing fake blood and throwing fake dollar bills all over the property. Activists sat outside doors of the building, blocking employees from entering with signs that read, “Racist, classist, homophobic, opportunistic f*cking prisons.”

Another sign from an activist read, “Prisons are the new Jim Crow.” One activist was arrested as others chanted, “Show me what a fascist state looks like!” 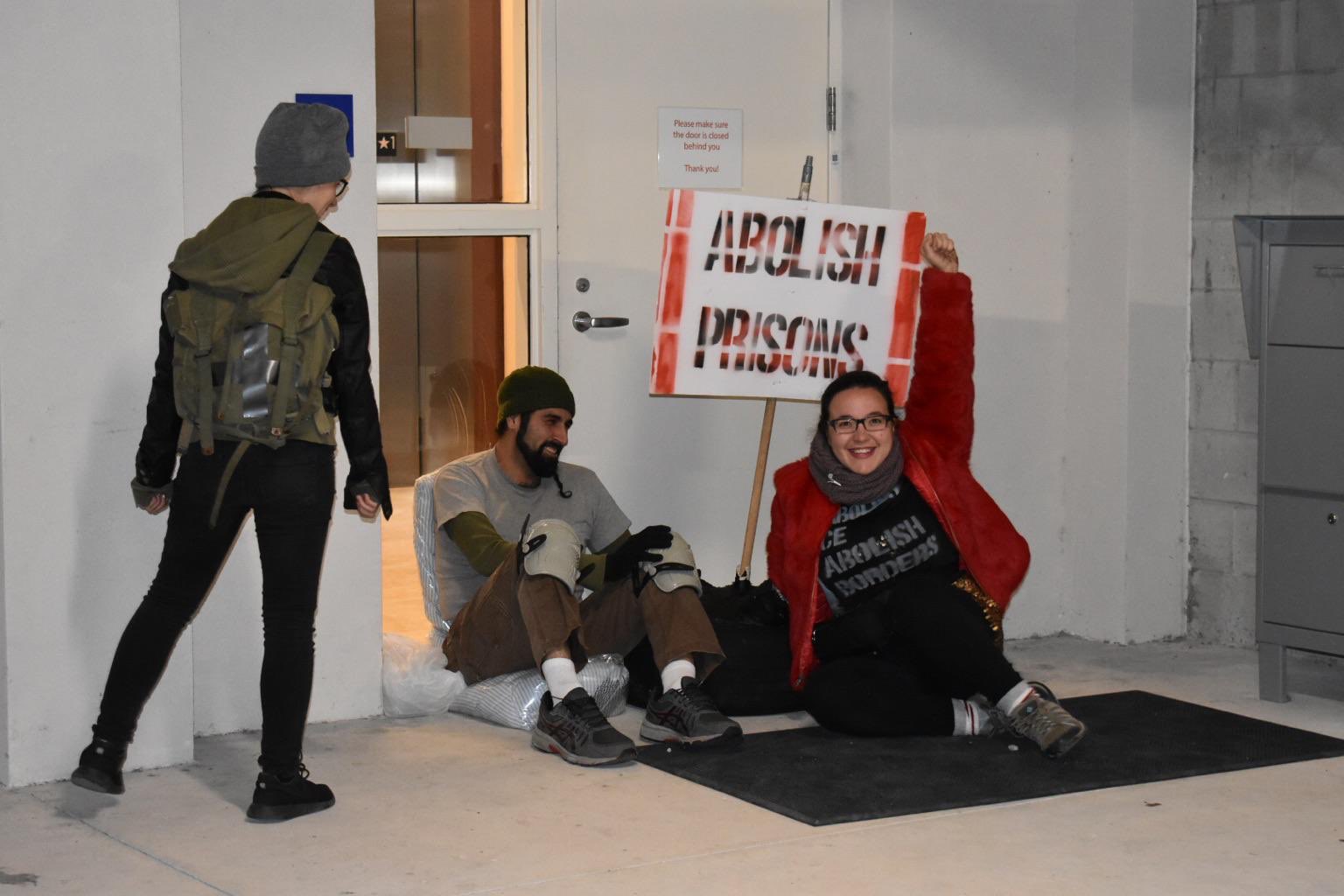 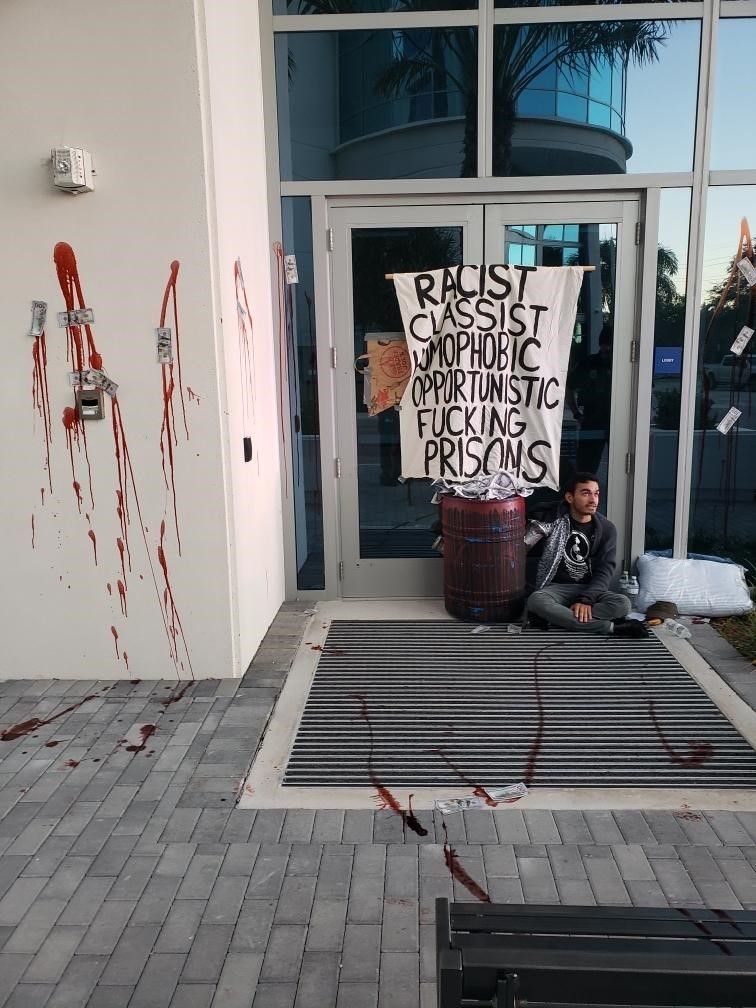 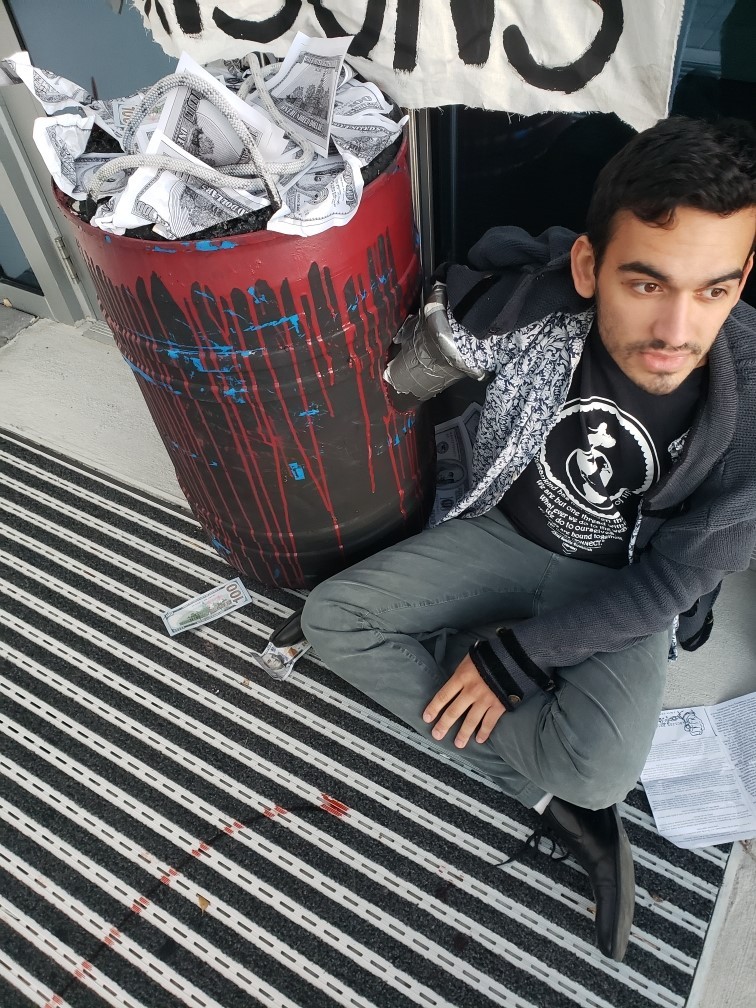 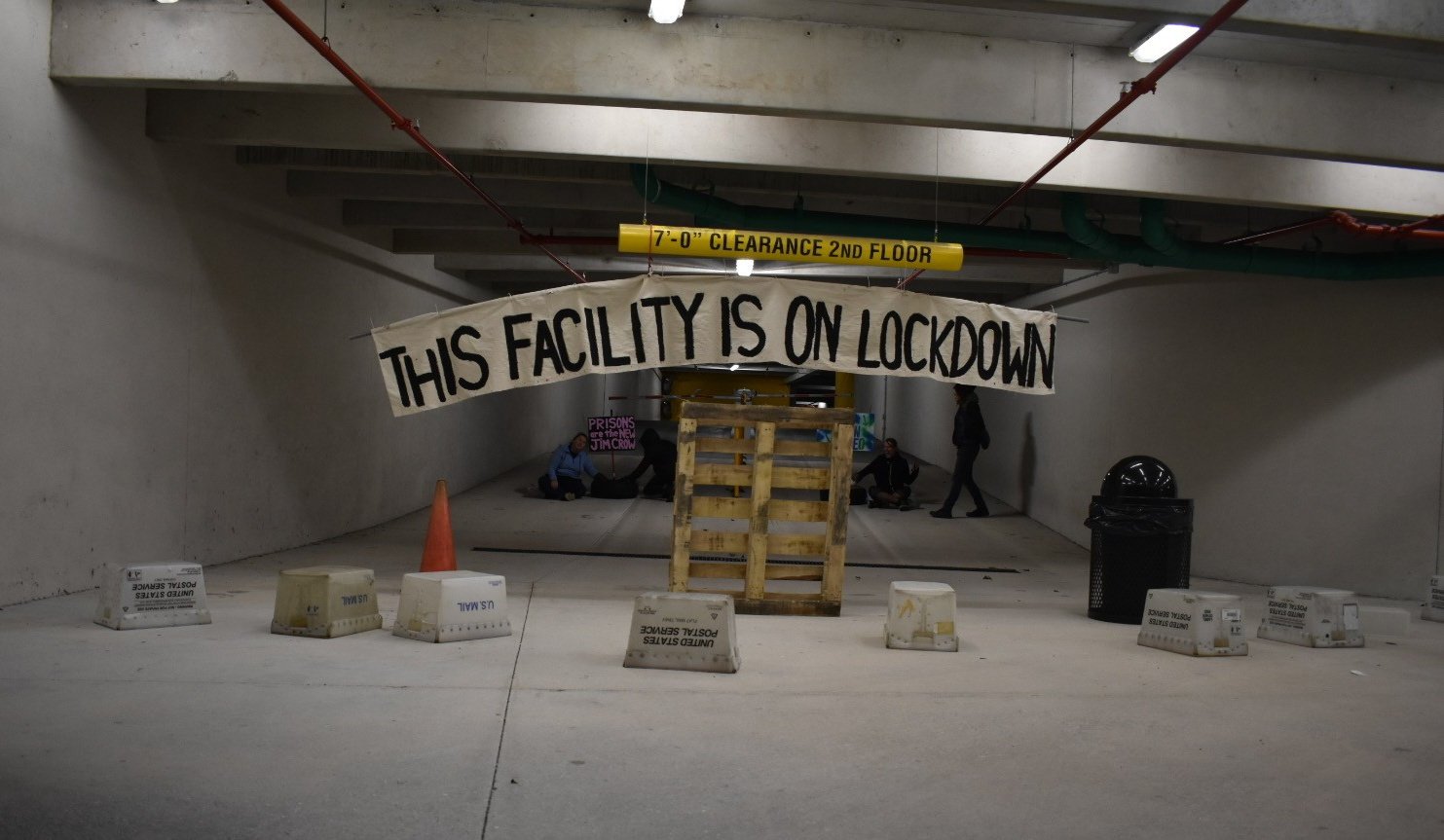 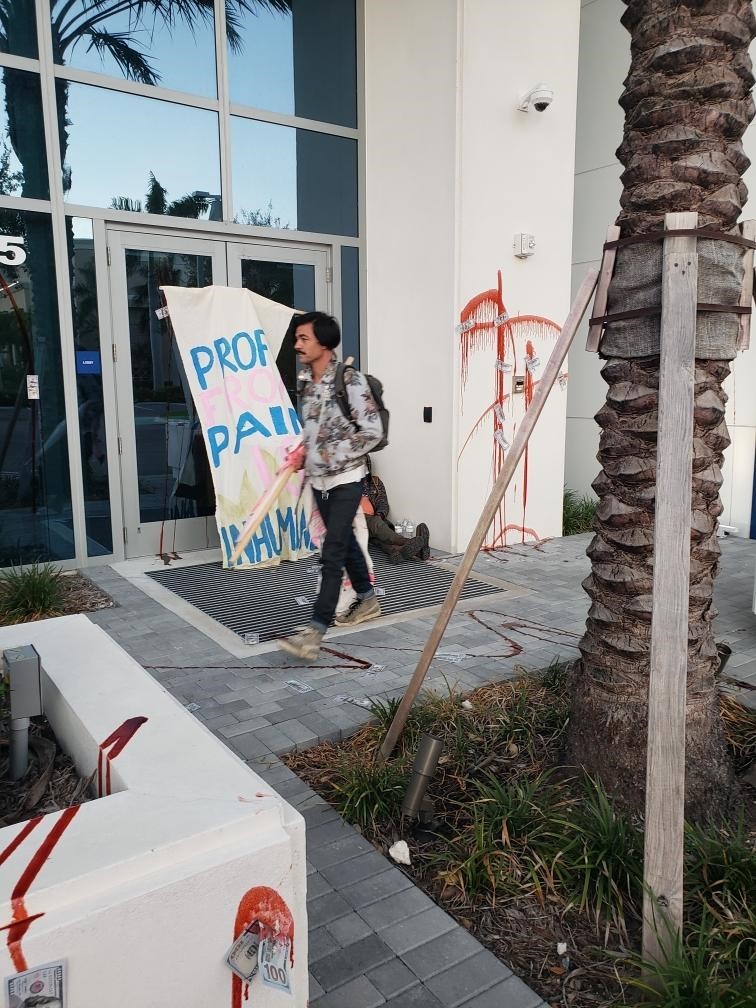 A @BocaPolice officer told organizer Carlos Naranjo Valerna he was in violation of a @CityBocaRaton city ordinance for using an amplifier to project their voice. Officers arrested him and siezed the amp as evidence. @SunSentinel pic.twitter.com/eZpZspTy2T

In a statement to Breitbart News, a GEO Group spokesperson said the vandalism to their property “will not be tolerated.”

“The dishonest narrative and lies that are being spread about the services our company provides is based on the same false rhetoric that has led to the endangerment of our employees, of government employees, and the public,” a GEO Group spokesperson told Breitbart News.

“We have been a trusted service provider to the federal government for over 30 years, under Democratic and Republican administrations, and the services we provide today are in no way different from the high quality, professional services we provided for eight years under President Obama’s administration,” they continued. “We do not manage any facilities housing unaccompanied migrant minors or any border patrol holding facilities.”

In August, Breitbart News reported how open borders activists protested at the Florida offices of the GEO Group, threatening employees by shouting, “We know where all your children live throughout the country.”

“We know everything about you and you won’t just be seeing us here,” an activist shouted, directing the threats to a GEO Group executive. “We know where you sleep at night. We know what kind of dog food you buy your dogs.”

The following day, gunmen allegedly fired shots into local ICE offices and GEO Group offices in San Antonio, Texas, in what the Federal Bureau of Investigation (FBI) described as a “targeted attack” against federal immigration officials.