The majority of Republican voters say that the country’s mass immigration policy of admitting more than 1.5 million foreign nationals a year puts the United States’ “identity as a nation” at risk, a new survey finds.

The latest survey by the Pew Research Center reveals that GOP voters are increasingly concerned about mass immigration’s impact on Americans’ way of life, culture, and nation as a whole. 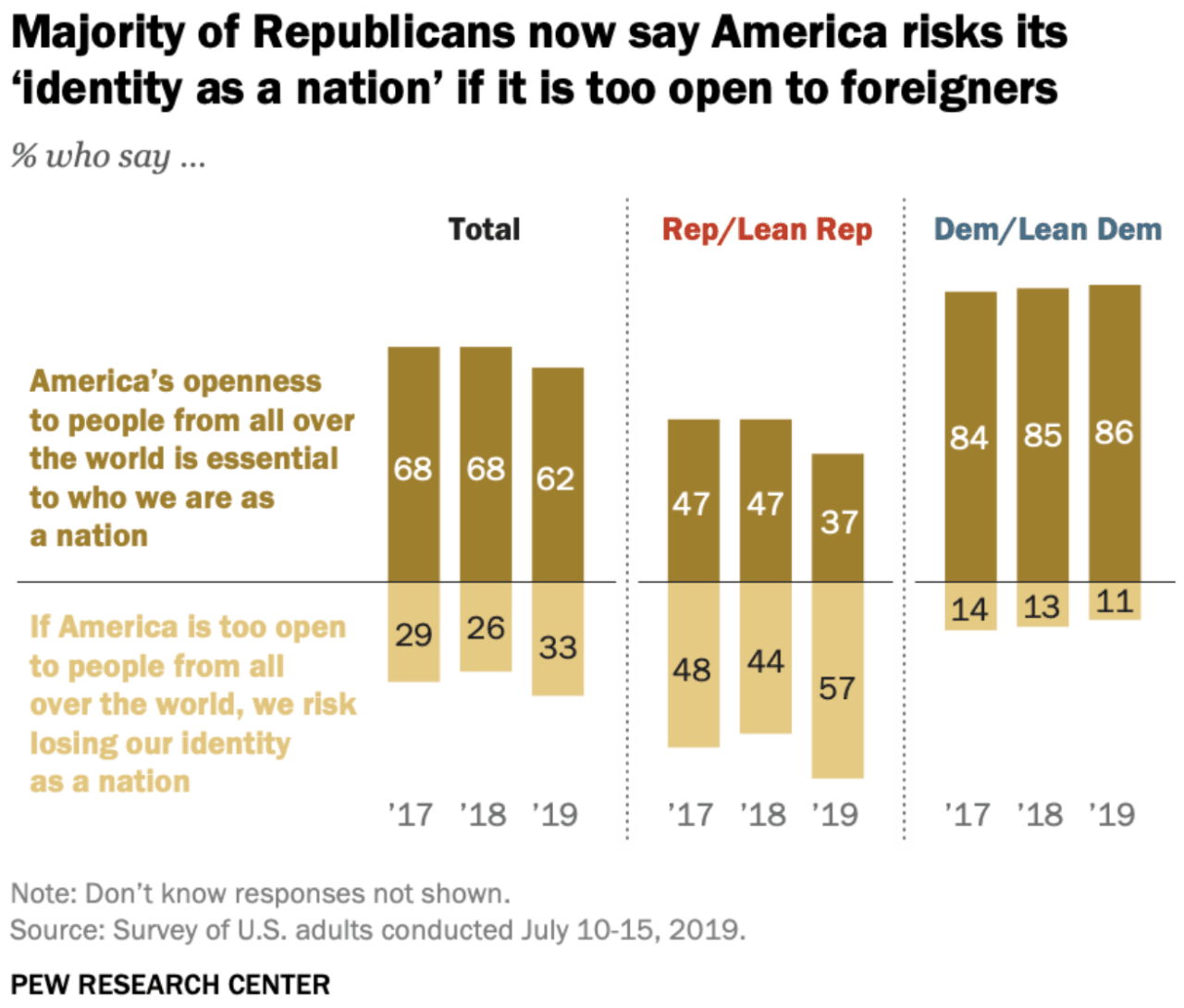 Oppositely, Democrat voters increasingly say that America’s identity as a nation relies on foreign nationals, not American citizens. Fewer and fewer Americans since 2017 say America’s identity relies on mass immigration with now more than 3-in-10 Americans saying the admission of almost ten million foreign nationals every decade puts the U.S. at risk of “losing our identity as a nation.”

As Breitbart News has extensively reported, the country’s mass legal immigration policy is set to drive 15 million new foreign-born voters to the U.S. over the next two decades. Already, the 2020 election is set to see about ten percent of the American electorate being born outside of the country.

Should legal immigration levels continue, 1-in-6 U.S. residents will be foreign-born by 2060, according to Census Bureau data, with a total foreign-born population reaching an unprecedented 69 million.