The bankruptcy of California utility giant Pacific Gas and Electric Company (PG&E) Tuesday will complicate efforts by Democrats to pursue a “Green New Deal,” which aims to move the U.S. to 100% renewable energy.

The phrase “Green New Deal” was invented more than a decade ago, and refers to the idea of using government spending to create jobs and spur investment in solar and wind energy to replace traditional fossil fuel sources.

California itself passed an ambitious law last year, signed by then-governor Jerry Brown, to move the state to 100% renewables by 2045, which critics say is impractical. Ocasio-Cortez wants to do the same for the country by 2030. 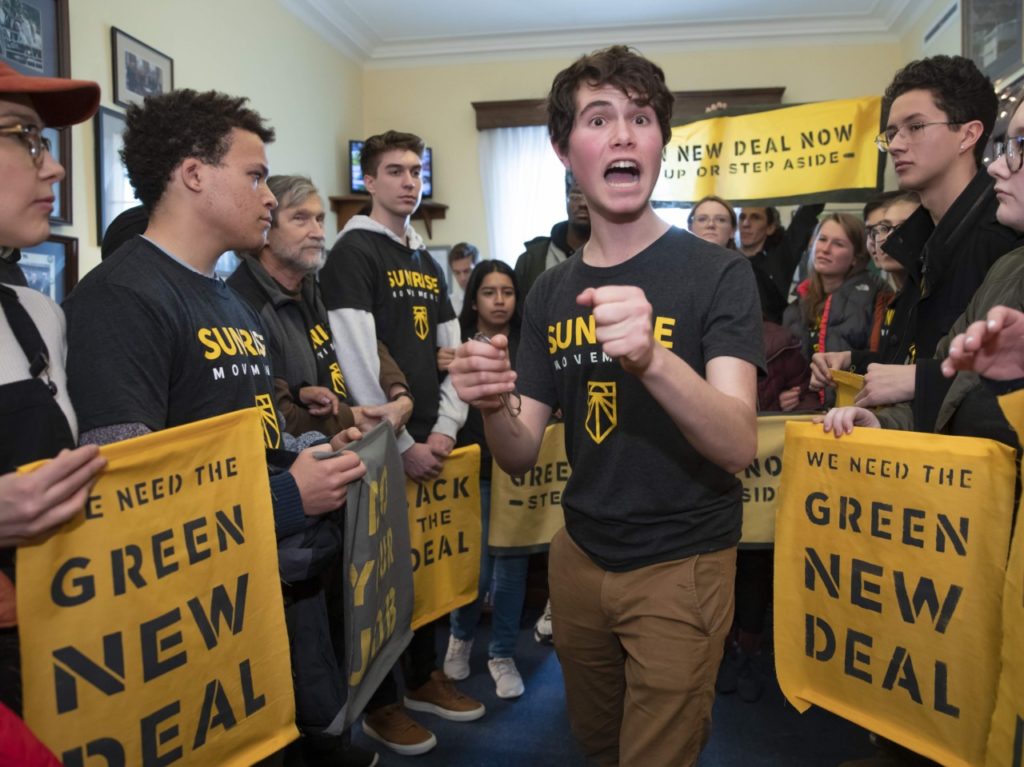 Yet the bankruptcy of PG&E, the largest power utility company in the nation, could complicate those plans because it might make electricity more costly and hurt the company’s existing deals with renewable energy providers.

California has set a goal of getting 100 percent of its electricity from carbon-free sources such as wind, solar and hydropower by 2045. To achieve that, utilities must switch to buying power from renewable sources. PG&E, for example, made agreements in 2017 to buy electricity from solar farms.

But because of its bankruptcy, some experts have questioned the company’s ability to pay what it agreed to, or to make investments in grid upgrades and batteries necessary to bring more renewable energy online.

“PG&E’s bankruptcy is going to make it a lot more costly for California to meet its environmental goals, and could make it more challenging just to get the infrastructure built to help cut emissions and increase renewable energy,” said Travis Miller, an investment strategist at Morningstar Inc.

Power-plant operators that sell electricity to its utility are already being downgraded to junk. Federal taxpayers may get stuck with the bill for government loans to renewable-power projects in California if they can’t be repaid. And the shape of the Golden State’s electricity industry could fundamentally change, with delays to a clean-energy mandate and a bigger role than ever before for public power.

Owners of several solar-power plants that sell to PG&E — including a solar complex owned by Warren Buffett’s Berkshire Hathaway Inc. — have been downgraded by the rating agencies, and the phenomenon could spread.

NextEra Energy Inc., the largest U.S. renewable-energy provider, indicated Friday that a bankruptcy could chill investments in wind and solar in the state.

Bloomberg observes: “Changing the [wind and solar] deals could, in turn, jeopardize repaymentof loans that the federal government made to renewable power projects under the same stimulus program that backed ill-fated solar manufacturer Solyndra.” That would pass the costs on to taxpayers, hurting future investment in renewables.

Ironically, PG&E’s bankruptcy was caused by the cost of recent wildfires, which liberals have blamed on climate change. (Scientists say there is no direct causal link, though wildfires could be more common in a warmer future.)

The 2018 wildfires released as much carbon dioxide as a year of electricity generation, the federal government says.

Joel B. Pollak is Senior Editor-at-Large at Breitbart News. He is a winner of the 2018 Robert Novak Journalism Alumni Fellowship. He is also the co-author of How Trump Won: The Inside Story of a Revolution, which is available from Regnery. Follow him on Twitter at @joelpollak.