“And like this is the war, this is our World War II.” So said Rep. Alexandria Ocasio-Cortez (D-NY), speaking on January 21.

The “war” that Ocasio-Cortez—or, as she is increasingly known, AOC—is seeing is the war over climate change. And her idea for winning that war is the Green New Deal, which is nothing if not ambitious. In its details, AOC’s Green New Deal lays out a vision for addressing climate change but also for addressing just about every other item on the democratic-socialist agenda, from higher taxes to “Medicare for All.”

Needless to say, not everyone agrees with AOC’s assessment of the climate prognosis or with her prescription for a Green New Deal. Indeed, some contrasting takes were tart and sharp. For instance, the next day, Fox News Host Pete Hegseth tweeted:

Seemingly stung by the criticism, AOC, never at a loss for tweet-words, fired right back:

For some reason GOP seems to think this is a gaffe, but it’s actually a generational difference. Young people understand that climate change is an existential threat: 3,000 Americans died in Hurricane María. The UN says we’ve got 12 years left to fix it.

Thus we see the political dynamic of the Green New Deal: AOC and her allies are seeking to use urgency to overcome any lingering concerns about reality. As she also said in that January 21 appearance, “The world is gonna end in 12 years if we don’t address climate change.” In other words, to put it mildly, in AOC’s mind, the stakes are as high as can be: Support the Green New Deal or die.

If it’s a matter of life and death, then sure, dramatic action is needed. Of course, there is that “if,” but for a moment, let’s leave it aside and listen to the Green New Dealers make their case. As we can see, AOC is hardly alone in using war metaphors. For instance, her longtime adviser, now her congressional chief of staff, Saikat Chakrabarti, is open in his admiration of war-style mobilization, citing, in particular, World War II. As an admiring profile of him in the New Yorker observed:

Lately Chakrabarti has been reading not just into climate policy but into the history of transformative governmental programs. Sounding a little amazed, he told me about F.D.R.’s “Arsenal of Democracy” speech, which spurred the industrial effort to support the Second World War. “Did you know about this?” Chakrabarti asked. “He gave this great speech, and then he also set production targets: a hundred and eighty thousand planes at a time when America was going to produce three thousand, and we ended up producing three hundred thousand.”

We might pause to note that Chakrabarti is offering a far different vision for action than the usual stereotype of a green action. As I have noted in a Breitbart News article, Chakrabarti’s approach is distinctly muscular and martial; for better or for worse, it is not about doing less but, rather, doing more. In fact, since he is so obviously determined to transform the economy, even his fiercest critics can’t fairly pigeonhole Chakrabarti as “touchy-feely” or as a “tree hugger.”

Indeed, whatever its other merits or demerits, the Green New Deal movement offers its followers an escape route from the silly-lefty ghetto of trigger warnings and “snowflakes.”

War and Its Moral Equivalent

The idea of a military-style rally for the sake of an important cause has been a steady theme running through American politics. Back in 1906, the eminent philosopher William James delivered a speech making that case in ringing terms: “The Moral Equivalent of War.” James was no warmonger, and yet he could see that the military model offered value to society: “The conceptions of order and discipline, the tradition of service and devotion, of physical fitness, unstinted exertion.” Thus James was trying to rouse people to strenuous exertion and heroic public service—but without the bloodshed. 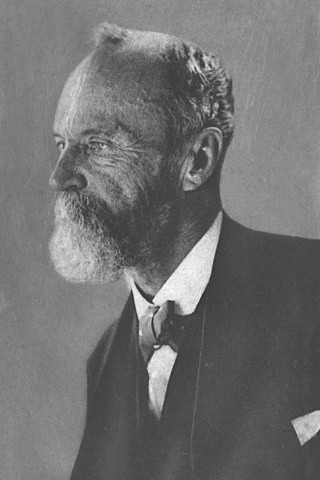 Once again, the challenge is to figure out how to take such idealistic vigor—most often found among the young—and apply it to the right goal. Most of us can probably think of some great cause that could benefit from more oomph; but leaders must choose wisely, lest they make the wrong choice and thereby take the country into a ditch.

One who got the mobilization idea wrong was Jimmy Carter, our 39th president. On paper, Carter had sterling credentials as a mobilizing leader. He entered the U.S. Naval Academy at Annapolis, Maryland, in 1943 and graduated in the top tenth of his class in 1946. Before leaving the Navy in 1953, he served in the elite nuclear submarine program. And in 1976, he won the White House on a message of good government and activist reform.

Yet once in office, he made bad choices—choices that observers of the Green New Deal, friend and foe, might do well to ponder.

When Carter entered the White House in 1977, the biggest issue confronting the county was the “energy crisis.” Earlier in that decade, America had endured higher prices and long lines for gasoline. Moreover, Americans were told that the future would be even worse—that is, more shortages, more scarcity, more slow growth. (Not everyone agreed with this grim prognosis, of course; one such contrarian was Julian Simon, who insisted that we had plenty of energy if the government would just get out of the way. And some, such as then-private-citizen Ronald Reagan, were listening closely to Simon’s supply-side prescription.)

Still, Carter was reflecting the overwhelming consensus of the “experts” as he crafted an energy program that focused on sharing scarcity—that is, more regulation and taxation, and everyone getting less. Just three months into his presidency, on April 18, 1977, he unveiled his plan in a national television speech.

Carter started with dire language: “With the exception of preventing war, this is the greatest challenge that our country will face during our lifetime.” Indeed, he continued, if his policies—including those that would cause “inconveniences” and “sacrifices”—were not enacted, “the alternative may be a national catastrophe.”

Then came the punchline, which was a direct lift from William James: “This difficult effort will be the ‘moral equivalent of war.’”

Unfortunately for Carter and his hoped-for energy crusade, the speech did not go over well. For instance, critics, including Reagan, immediately noticed that the initials of “moral equivalent of war” happened to be “MEOW.”

Worst of all, Carter’s plan was notable for its grinding emphasis on limits. Indeed, in its joyless pessimism, it seemed more like the moral equivalent of surrender.

President Jimmy Carter gives an address to the nation on energy from the oval office. (White House Staff Photographers/National Archives)

So even though the Democrats had enormous majorities in the 94th Congress, Carter’s plan sputtered during 1977 and died at the end of the year. In the summarizing assessment of Congressional Quarterly back then, “There was no single, simple answer why President Carter’s energy program failed to clear Congress in 1977. But there were a number of clearly identifiable contributing factors.” Among them, CQ continued:

It was a plan tackling inherently difficult political problems that was drafted virtually in secret by nonpolitical technicians without outside consultation. That alienated not only Capitol Hill, but also interest groups and even members of the Carter administration who held relevant expertise but were not consulted.

Then CQ added, “It was poorly sold to Congress by Carter’s lobbyists.” And finally, and most fatally, lawmakers realized that “it lacked a constituency.”

In other words, Carter badly miscalculated; even the Democrats who ruled Congress in those days could not go along with his bleak road map. He had thought he had a mandate for big change, and yet he frittered it away on an unpopular message of regulation and deprivation.

The rest, of course, is history: In 1980, Carter was defeated by Reagan in a landslide.

The 40th president took the opposite approach on energy policy than that of his predecessor. Whereas Carter had said, “We can’t substantially increase our domestic production,” Reagan responded, “Yes, we can because we don’t have an energy crisis but rather, a bad-policy crisis.”

Under Reagan’s new hands-off policy, oil production surged. Indeed, in the decades since, thanks to entrepreneurs and innovators, production has hit record levels; in 2018, the U.S. actually became a net energy exporter. So much for energy crisis; the new phrase is energy dominance.

And yet, of course, it’s this dominance—defined as massive additional production of carbon-based fuels—that so infuriates environmentalists and so animates the Green New Dealers.

(As an aside, we might note that Reagan was also mindful of the power of mobilization, albeit on a topic other than energy; he used his bully pulpit to rally the country against the Soviet Union, or, as he called it, the “evil empire.” In this sense, Reagan’s mobilization during the Cold War, as focused as it was on military strength, was more akin to Roosevelt’s bold mobilization during World War II, as opposed to Carter’s lackluster energy effort. And, of course, unlike Carter, FDR and Reagan found success.)

In the meantime, amidst the continuing energy boom, we might note that the Green New Deal has been embraced by many of the leading Democrat presidential hopefuls. Indeed, at the rate that Team AOC is shaping policy, soon enough, probably, all 2020 Dems will be on board.

To be sure, not all Democrats are with the program completely. One skeptic, for instance, is Sen. Tom Carper, the top Democrat on the Senate Environment Committee. Asked about the Green New Deal in December, he answered, “Is it all that realistic? Probably not.” And yet even Carper felt the need to bow in its direction: “It’s a good aspirational goal.” 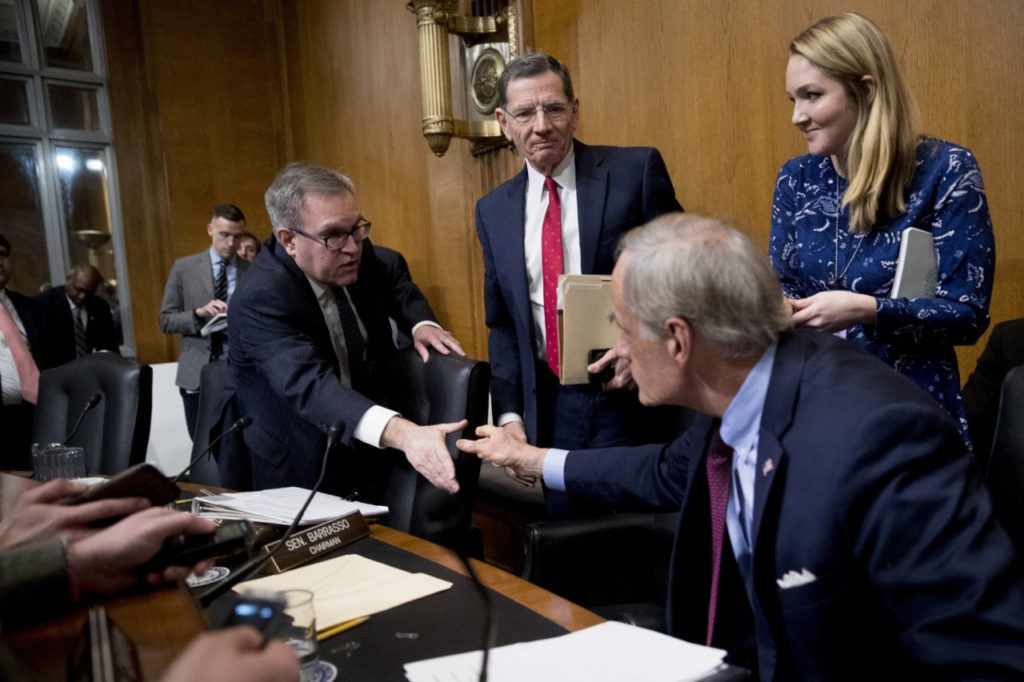 One day, perhaps sooner than we’d like, the Democrats will be back in charge. Then we’ll find out if the Democrats really mean what they say, and whether or not they have thought through a plan that’s popular—let alone effective.

Today’s cutting-edge Democratic activists probably weren’t even born at the time of Carter’s “MEOW” speech. Yet as they read about, and gain inspiration from, President Roosevelt in the ’40s, they should be reading, too, about poor Jimmy Carter in the ’70s.

And in such learning, they might be gaining a proper note of caution.