A group of black conservatives spent Wednesday lobbying senators to support the First Step Act, a bill that, according to advocates, would revise federal law, including banning shackling of pregnant or postpartum women, putting in place a credit system to reduce prison time, and increase training programs to facilitate successful reentry into civil society.

“The First Step Act is a huge opportunity because there are so many liberal refugees who realize that the Democrats have been lying — that their policies have led to the decimation of our communities,” Candace Owens, a conservative activist with Turning Point USA told Breitbart News.

Owens said Republicans should bring the bill to the Senate floor for a vote instead of “sitting idly.”

Watch Candace Owens discuss the need to engage with senators:

“That’s unacceptable,” Owens said, adding that almost everyone in the black community, directly or through friends and relatives, have experienced how current law focuses on punishment rather than rehabilitation. 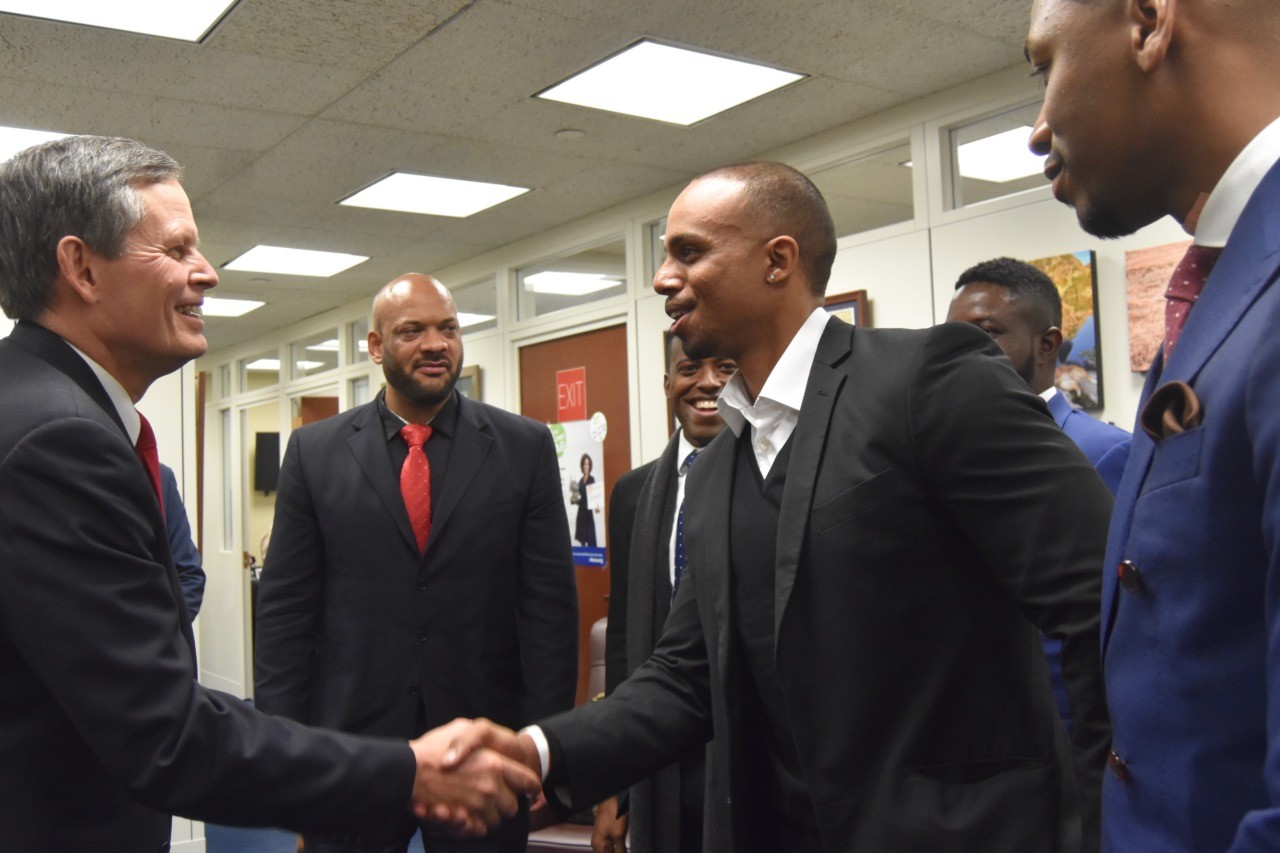 Watch the group’s discussion with Senator Daines in his office on Wednesday:

Harris told Breitbart News he wants to “really support what could be and should become the first bill to actually rescind the horrible, horrific three strikes law that Bill Clinton signed into effect in that 1990s that’s been just a disaster for black Americans in the country.” 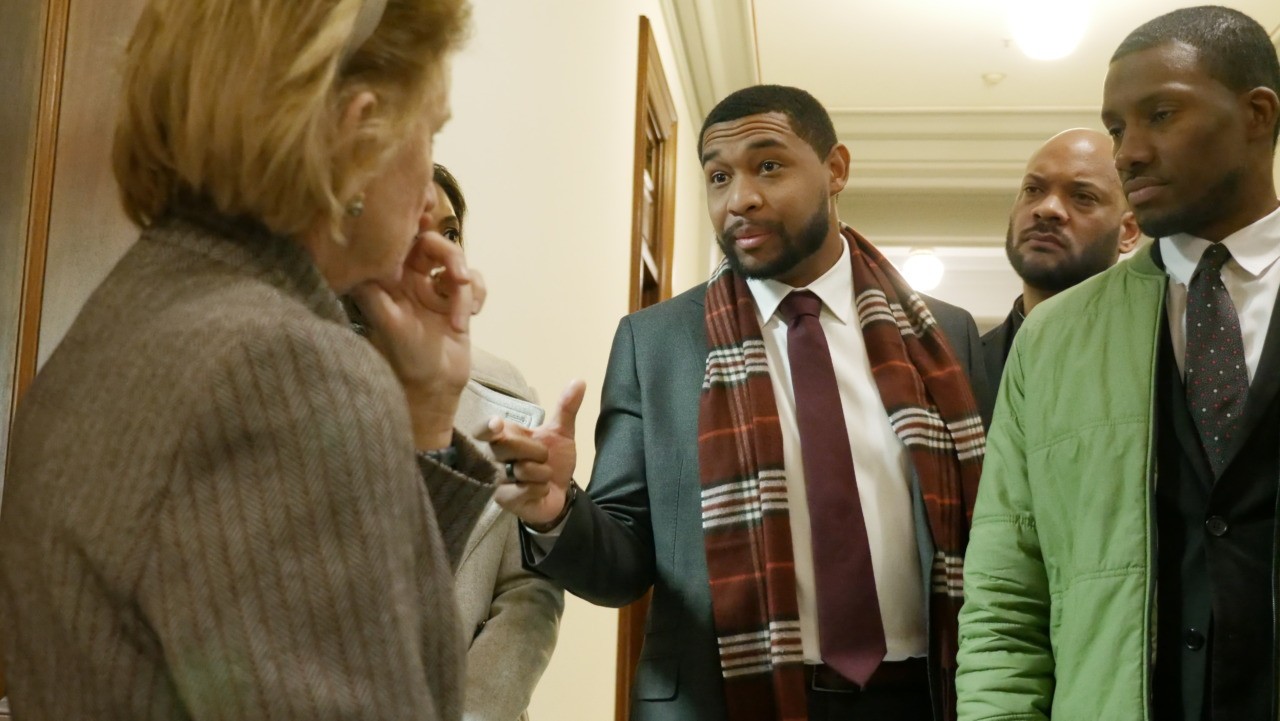 “I think if it doesn’t pass it’s because Republicans sat on the hands; didn’t take action and didn’t feel like they had support, especially in the black community, to help push something through that can actually bring some true reform to our prison system,” Harris said.

“It is something that is bipartisan and should be bipartisan and we are just here primarily as black Americans to say, ‘Hey’ to our Republican representatives — we support this and we want you to support this bill and get it to the Senate floor so they can vote on it,” Harris said. 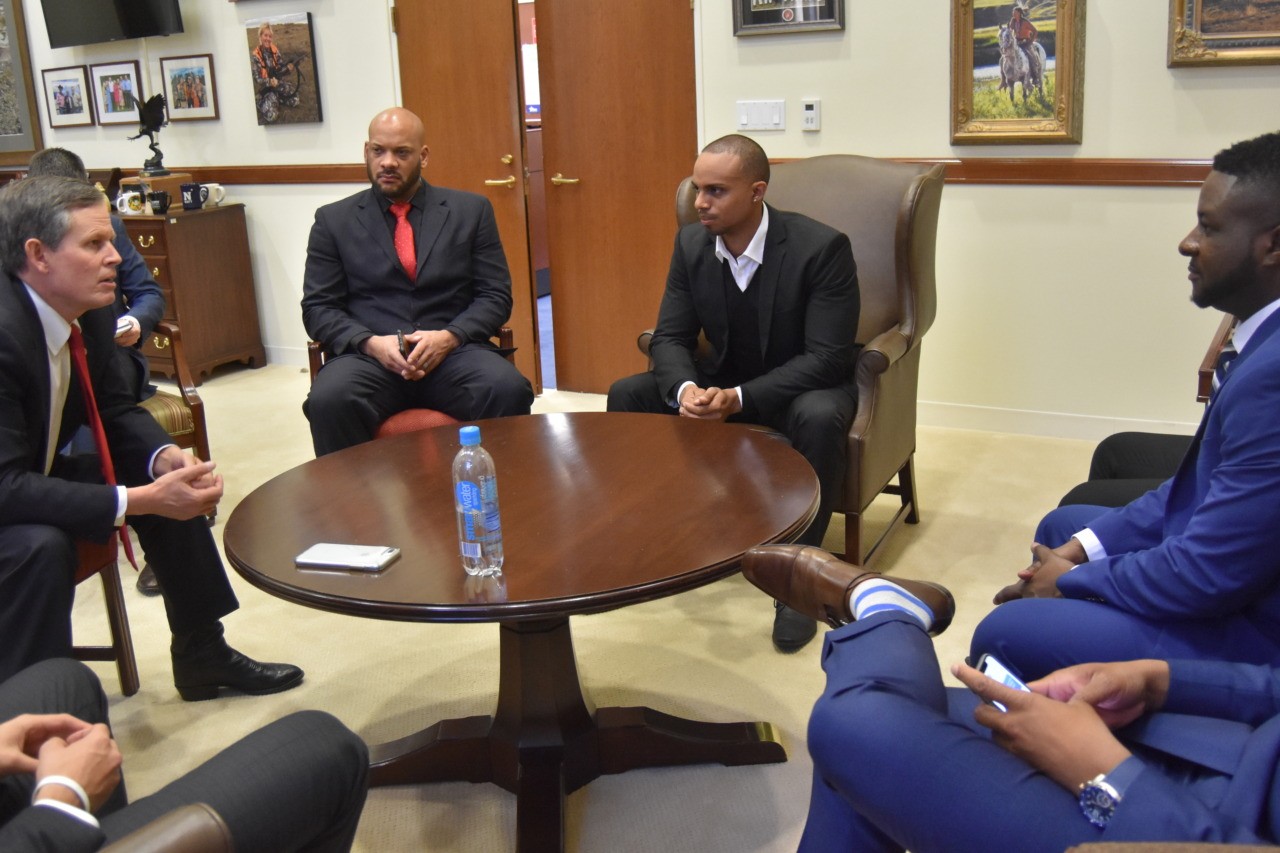 Charlie Kirk, founder and executive director of Turning Point USA, was also on the Hill supporting the men and women, whom he called “really inspiring and extraordinary.”

Many of them took part in Turning Point USA’s Young Black Leadership Summit 2018 in October in Washington, DC.

“I’m very passionate about getting the First Step Act passed,” Kirk said, adding that similar laws have been successfully passed in other states, rehabilitating prisoners, reducing prison populations and saving money for taxpayers.

Owens said that she believes the fate of the legislation will resonate in the 2020 election.

“I totally believe 2020 will be about the black vote,” Owens said. “If we can do this and say Republicans got it done and for eight years Barack Obama didn’t, that’s going to be a huge win.” 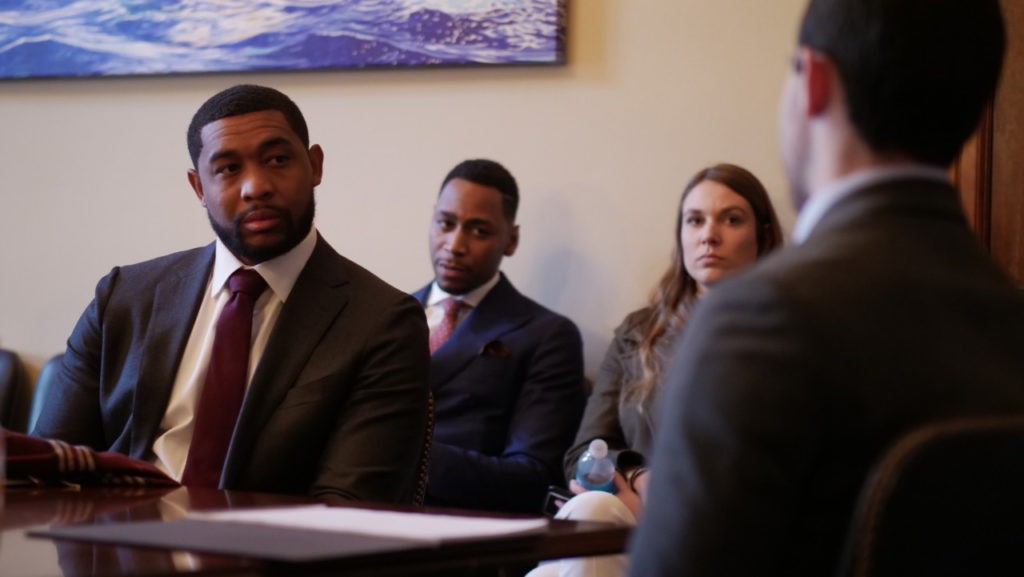 If Republicans don’t get it done, Democrats can use it against them, Owens said.

The group hoped to confront Sen. Tom Cotton (R-AR), who has opposed the legislation for fear of what he said could result in dangerous criminals being released into American communities. 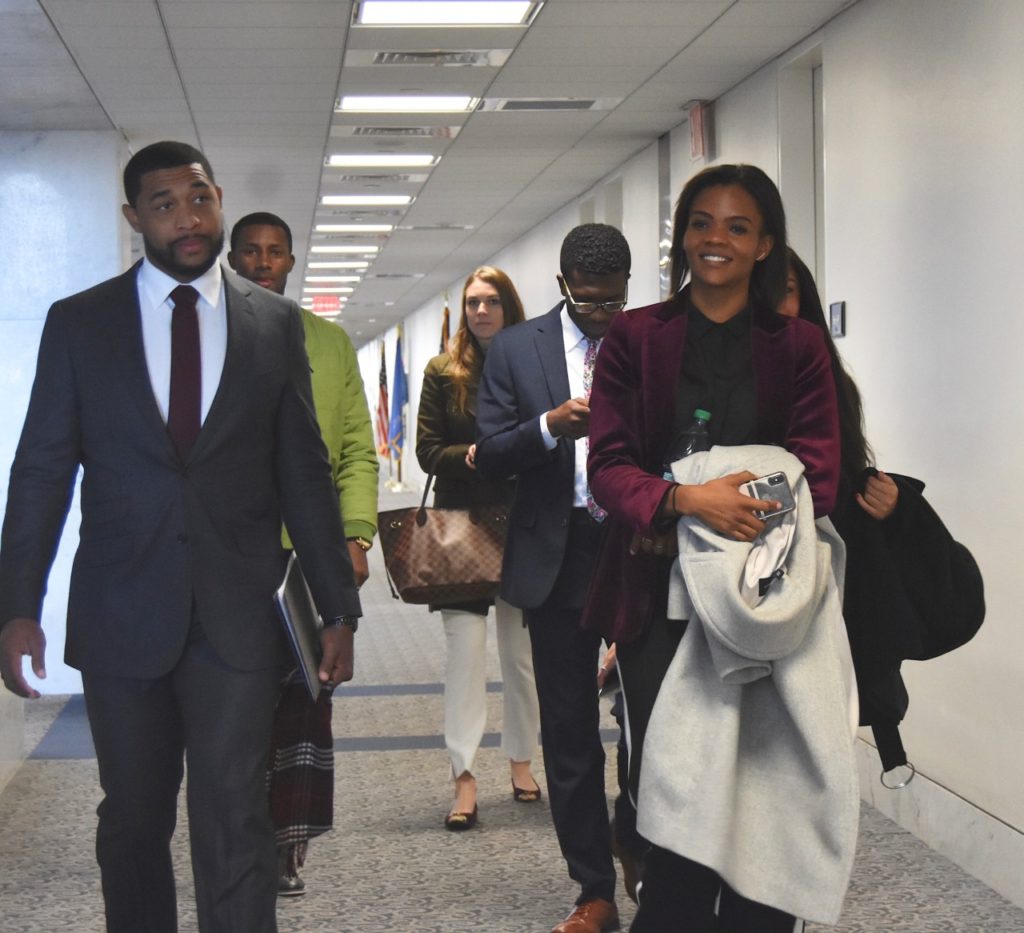 But Sen. Mike Lee (R-UT) said in an op-ed in National Review that the bill is a good start to reforming the U.S. criminal justice system.

As a former federal prosecutor, I am clear-eyed about crime. Unlike some reformers, I don’t think our justice system is fundamentally broken, unjust, or corrupt. I have nothing but respect for law-enforcement officials, who put themselves in danger every single day in order to protect the public. I know from experience that dangerous criminals exist — individuals who are incapable of or uninterested in rehabilitation and change. We should throw the book at those people.

But my time as a prosecutor also tells me that not every criminal is dangerous or incapable of living a productive life. My faith as a Christian teaches me that many people are capable of redemption. And my instincts as a conservative make me believe that the government can be reformed to work better. For those reasons, I believe the First Step Act is legislation that deserves the support of all conservatives.

The legislation was passed by the House months ago on a vote of 360-59. It’s up to Senate Majority Leader Mitch McConnell (R-KY) to schedule a vote on the bill.