The number of job openings for Americans has surged to the highest level ever recorded by the Bureau of Labor Statistics, newly released economic data reveals.

There are now a record 6.7 million job openings for Americans in President Trump’s economy, far exceeding the number of unemployed Americans. As Breitbart News’s financial editor, John Carney, noted, this means there is now a job for every single American in the U.S. labor market: 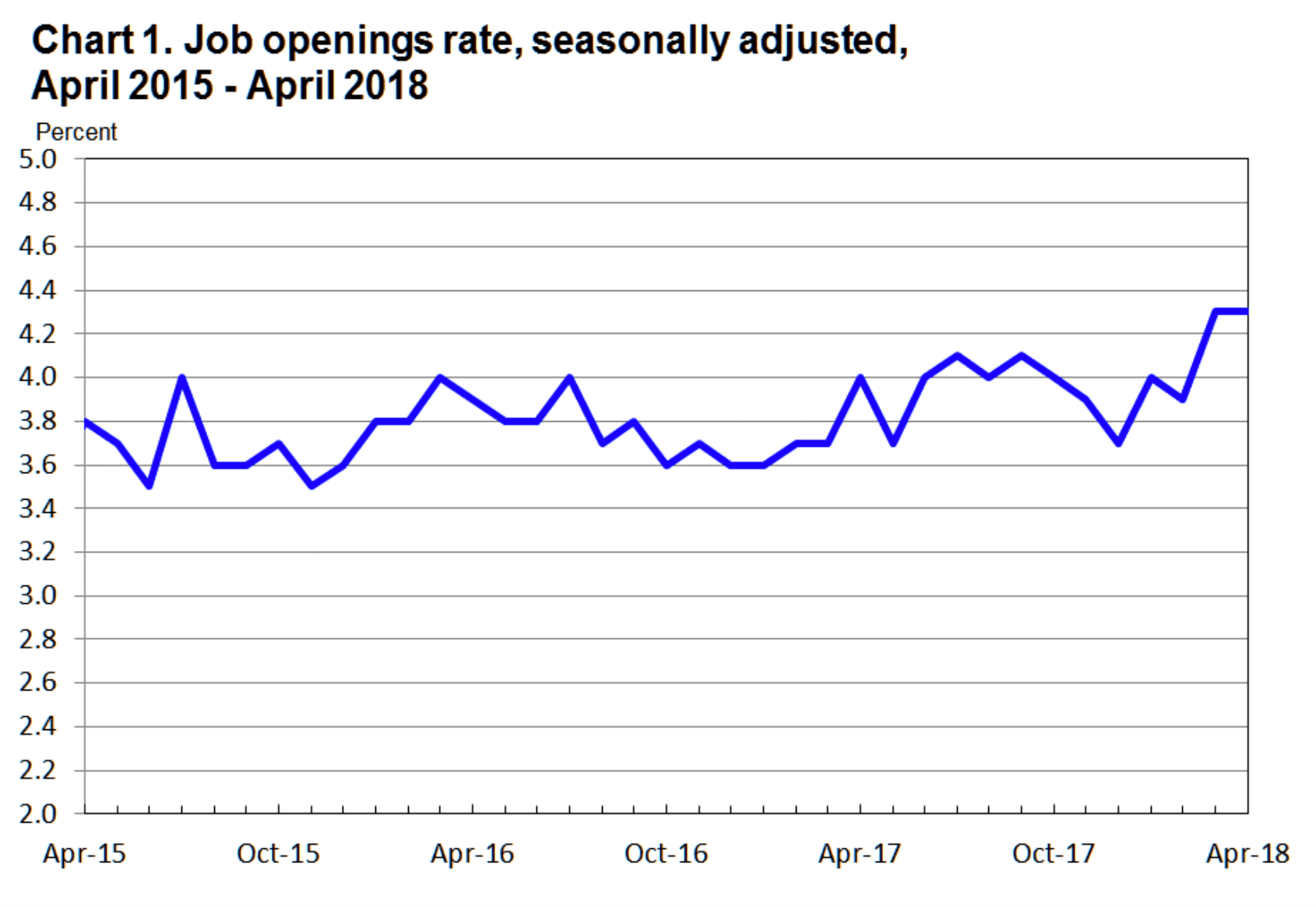 The record-high job openings entail, in part, the labor market’s becoming increasingly tight through Trump’s increased interior enforcement of immigration. With businesses pressured to hire Americans over illegal and foreign workers, disenfranchised Americans have seen the benefits of soaring job opportunities in industries that were once filled with cheaper, foreign workers.

In Trump’s tightened labor market, there has been history-making wage growth for American workers in the construction industry, the garment industry, for workers employed at small businesses, black Americans, and restaurant workers.

The tight labor market has also secured higher wages for overtime workers and high-paying, coveted white-collar jobs for American teenagers. Most recently, Breitbart News reported that the construction industry has had to recruit women to take jobs at higher wages rather than hiring illegal aliens. A Chick-Fil-A in California has even raised wages to $18 an hour to retain workers.