This Memorial Day weekend, thousands of Americans headed to the Arlington National Cemetery to honor those who served and sacrificed. 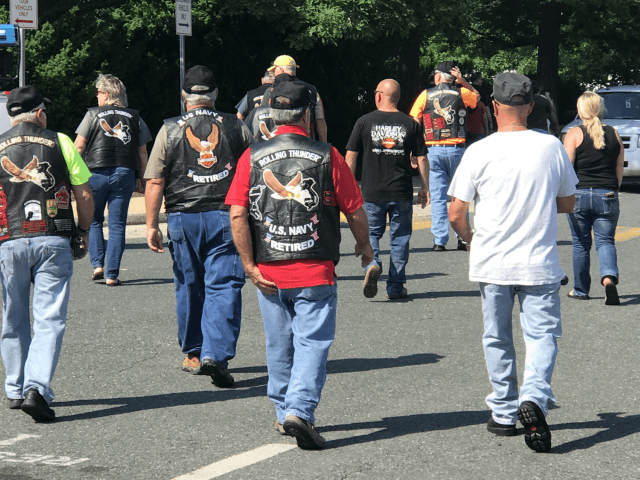 Many of those who came have served in the military themselves. (Kristina Wong/Breitbart News)

Many came to see those who they have lost. 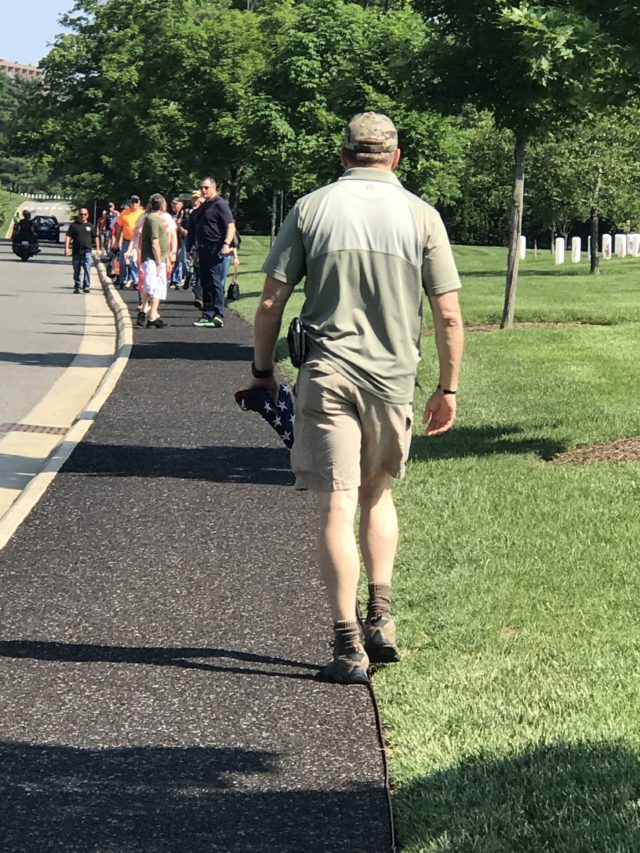 Parents flocked from all over the country to see their fallen sons and daughters.

“He wanted to be just like his grandpa. My dad was in the Air Force for 30 years,” Parker said.

“He got into the explosive ordnance disposal, and he loved what he did, because he said he was going to war to save lives,” she said. “We miss him. But we’re glad that we have this place to come to.”

The Parkers leave pinwheels for other EOD families they have met along the way, who cannot make the trek to Arlington every year. 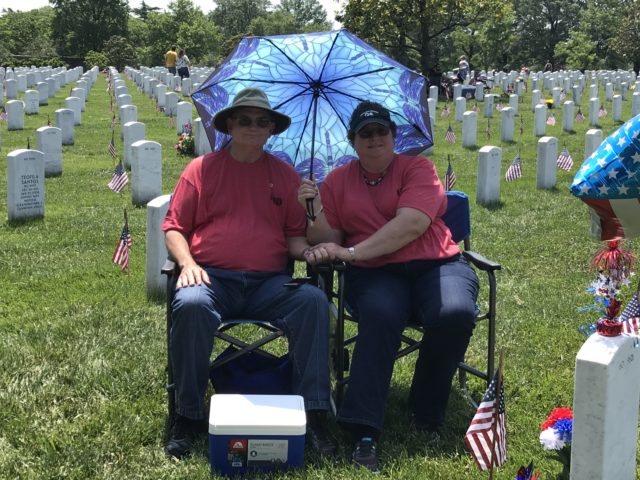 Memorial Day is a day to visit your friends, and leave some things behind. 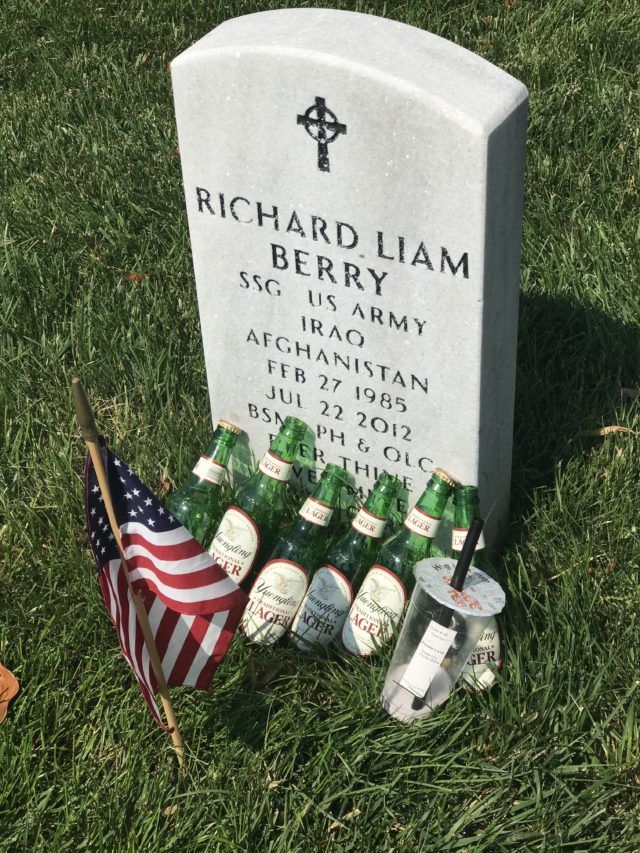 Freddy Gutierrez visited his son, William, who served in the Marine Corps. He was just 20 when he died.

Gutierrez watered the bouquet of flowers he and his wife brought, and washed off the top of his son’s grave stone.

“My son is wonderful. One of the best sons I have. He is a proud American,” Gutierrez said, before burying his face and wiping away fresh tears. 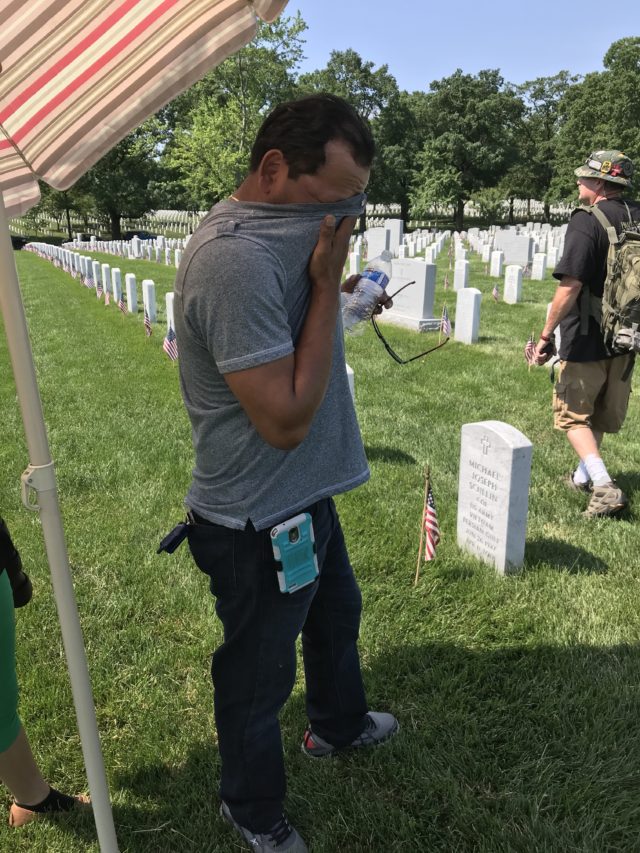 Gutierrez remembers his son William, a Marine who died when he was just 20. (Kristina Wong/Breitbart News)

A group of about 25 retired and active Special Forces soldiers rolled up beside Section 60, where many Iraq and Afghanistan War veterans are buried. 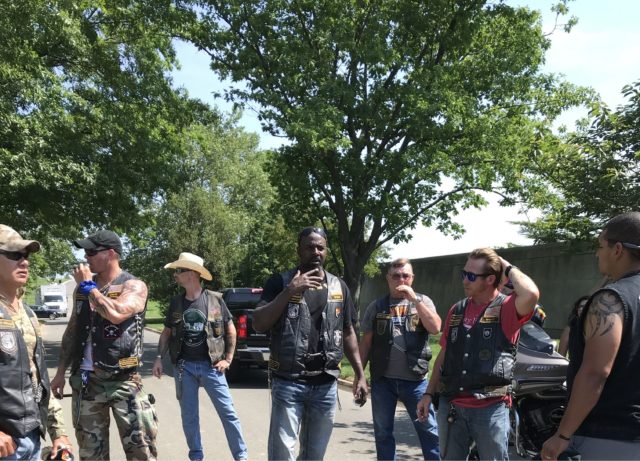 Some parents whose children are buried near trees forewent chairs. 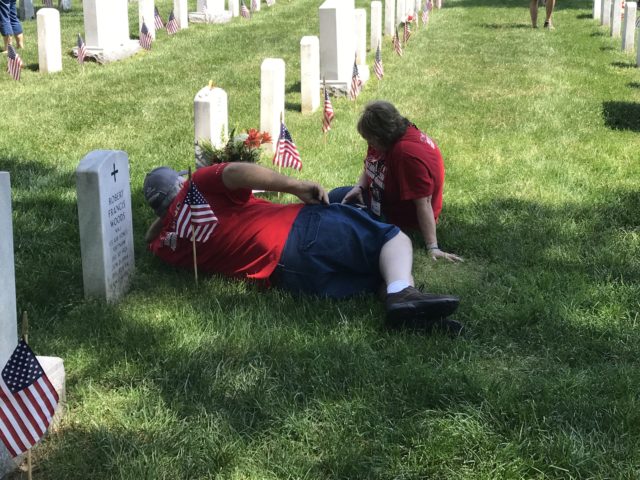 A mother and father rest near underneath the shade. (Kristina Wong/Breitbart News)

Little stopped by his friend Jason Thomas, who he had known for 17 years. 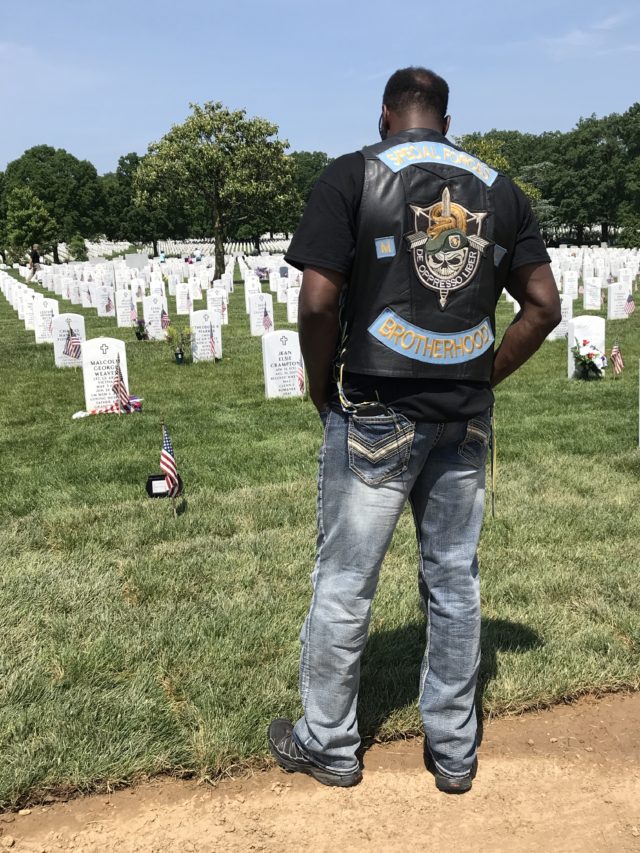 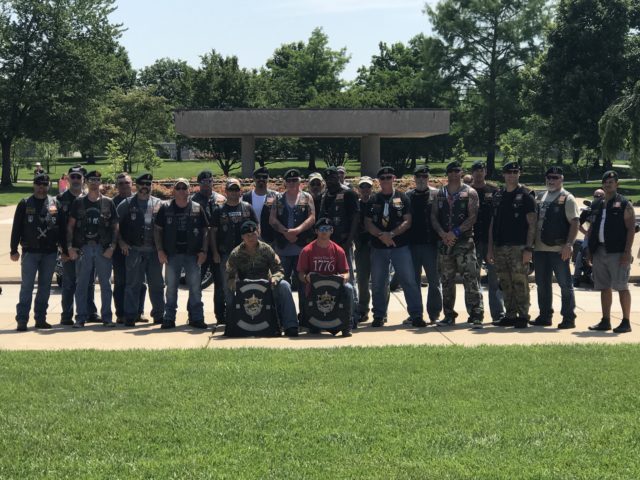 Although Section 60 is home to those who have fallen, lots of love was shared there. 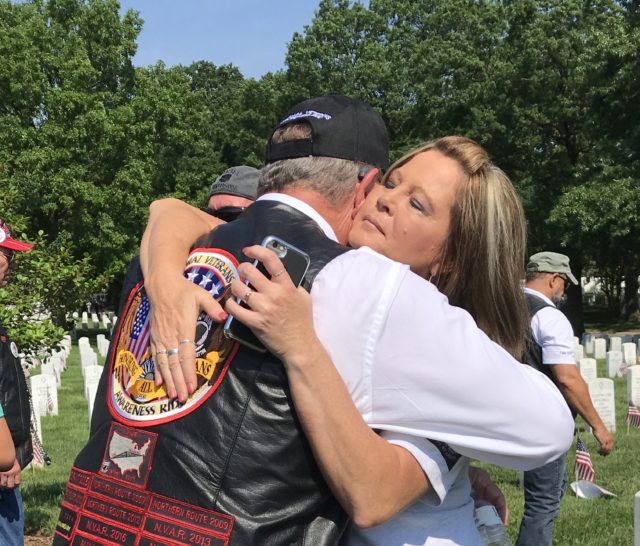 Beth Clemmons, of Chilicothe, Ohio, being comforted by a stranger while visiting her son’s grave. Kristina Wong/Breitbart News)