National Statuary Hall in the nation’s Capitol resounded with praise music and prayer on Thursday as Christians marked the National Day of Prayer for the country and its leaders in all branches of the federal government.

The theme of the 67th commemoration, which President Ronald Reagan signed into law to be celebrated on the first Thursday in May, was “unity” at a time of division and divisiveness in America.

“It’s time for the church in America to come together in unity,” Floyd said. 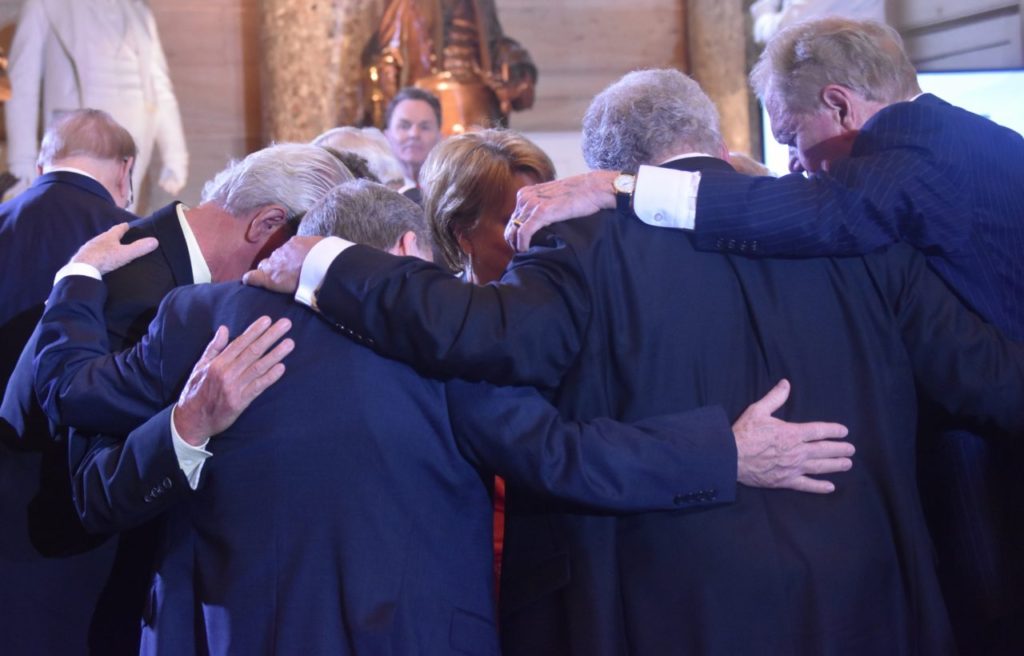 People who attended the National Day of Prayer in the nation’s Capitol broke into small groups to pray. (Penny Starr/Breitbart News)

The evening centered on prayer for unity and for the nation to repent for its sins, including racism, abortion, violence, and sexual perversion.

The program focused on the church as one body that includes people off all races and Christian faiths. Speakers from the black, Hispanic, Asian, Native American, and Anglo churches prayed for unity during the program. 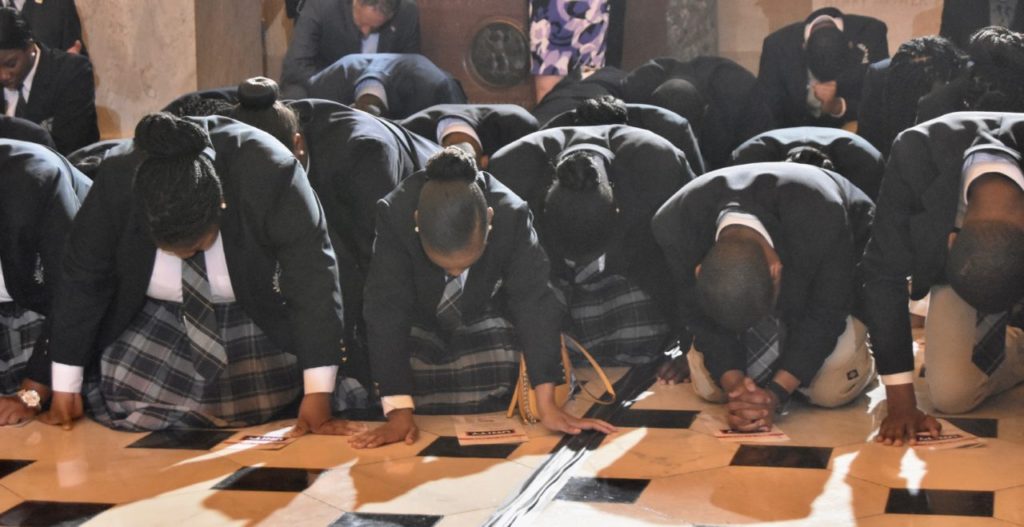 People dropped to their knees to prayer at the National Day of Prayer on Thursday in Washington, DC. (Penny Starr/Breitbart News)

The Rev. Tony Suarez, executive vice president of the National Hispanic Christian Leadership Conference, said the church was not about politics, citing recent controversies around NFL protests and Starbucks.

“We are the church of Jesus Christ,” Suarez said.

One of the most moving moments came when Floyd interviewed the Rev. Frank Pomeroy and his wife, Sherri. The couple lost their 14-year-old daughter when a gunman stormed the First Baptist Church in Sutherland Springs, Texas, where 25 others died in the November 5, 2017, attack. 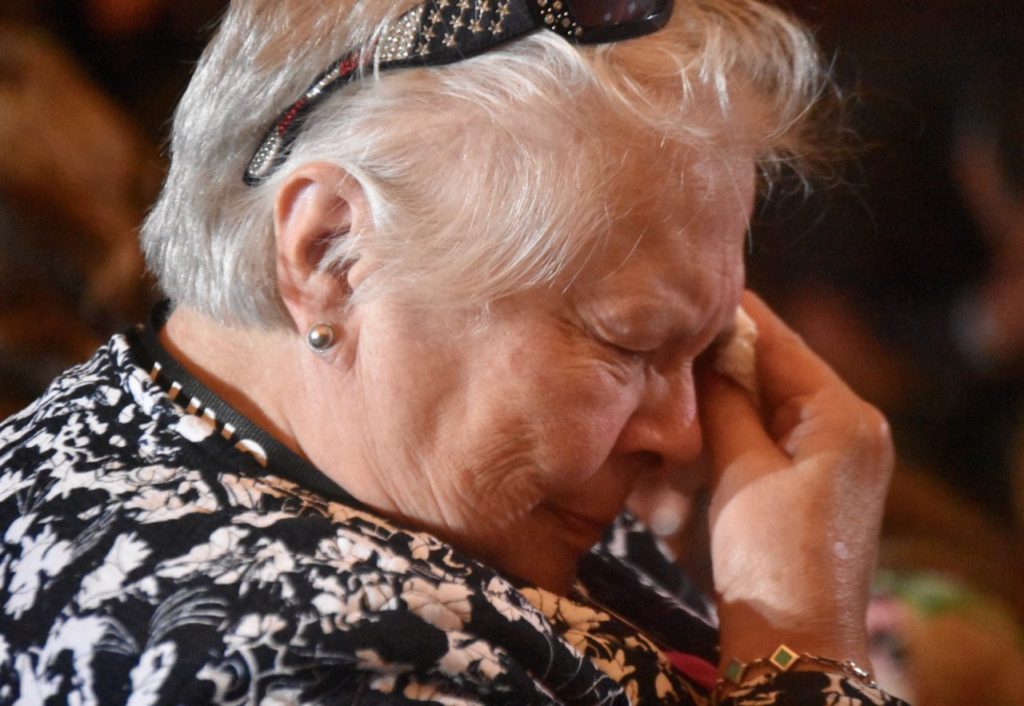 People were moved to tears when the Rev. Frank Pomery and his wife, Sherri, spoke about losing their daughter and 25 other people when a gunman attacked their church in Sutherland Springs, Texas, last year. (Penny Starr/Breitbart News)

People in the audience cried as the Rev. Pomeroy prayed for the protection of Americans in schools, churches, and public venues.

Rep. Mark Walker (R-CA), who was a Baptist minister before being elected to Congress, was the sole lawmaker to speak at the event.

Walker said that prayer “is the most powerful weapon” God has given His people. 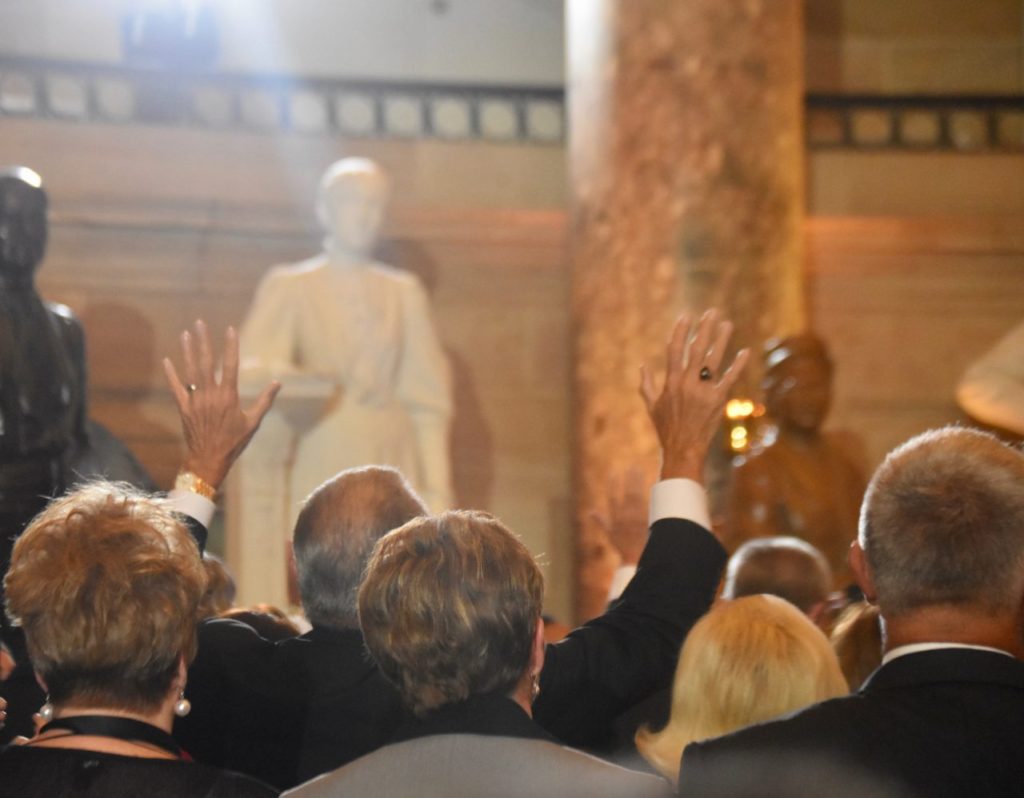 People lifted their hands as Gospel music filled Statuary Hall in the nation’s Capitol on Thursday to mark the National Day of Prayer. (Penny Starr/Breitbart News)

Floyd said that aside from the event in Washington, DC, thousands of services in churches across the country were held on Thursday. 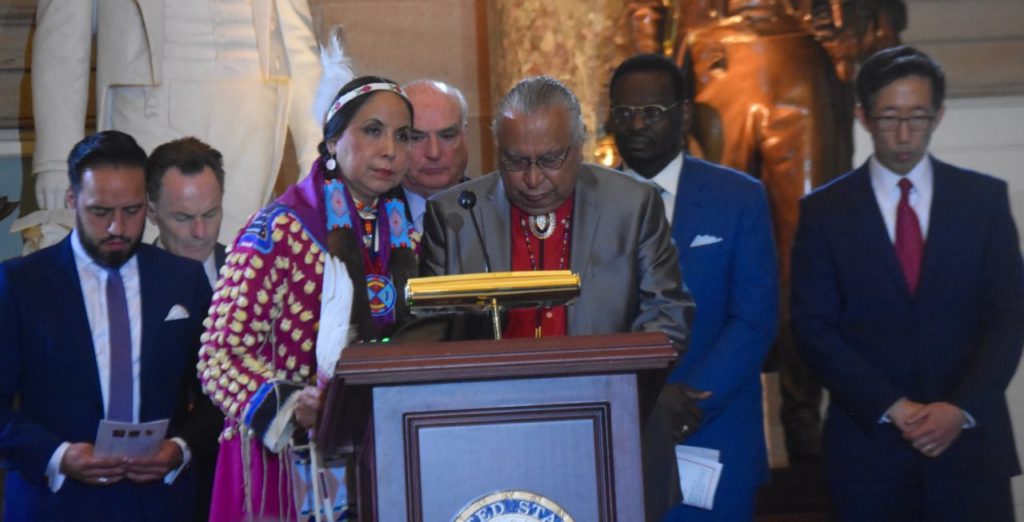 Unity was the theme of the National Day of Prayer on Thursday as representatives from ethnic groups from across the country prayed and worshipped together. (Penny Starr/Breitbart News)