For all of us on the right, it should have been a lightbulb moment on Friday, when David Hogg, the 17-year-old student-turned-gun-control-activist, said to CNN’s Alisyn Camerota, “I think it’s great that corporate America is standing with me and the rest of my friends.”

There, you heard it: In Hogg’s view, corporate America aligns with the Parkland, Florida, students and their gun-control allies—and that means, most immediately, a continued advertiser exodus from Laura Ingraham’s show on Fox News. 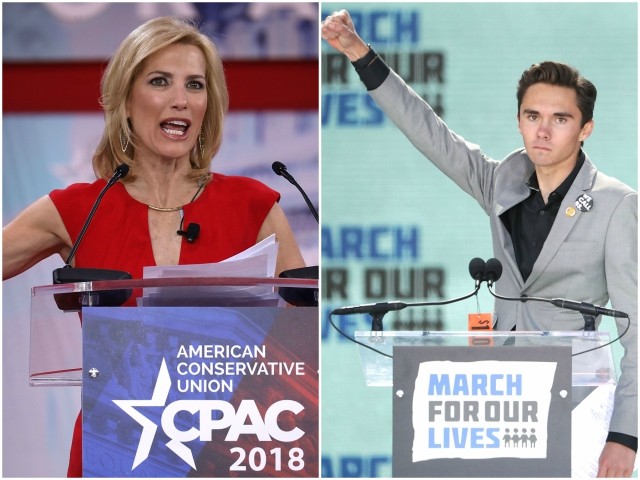 Now of course, in reality, it’s impossible to make a blanket statement about “corporate America” on much of anything—including guns.  For example, Wikipedia offers an extensive list of companies that have, and have not, cut ties with the National Rifle Association in the wake of the February 14 school shooting. And of course, there are all those gun manufacturers and retailers. So  it’s simply not possible to say that corporate America speaks with one voice on guns, or on any other subject.

Still, as anyone following the gun debate knows, Hogg and his fellow March For Our Lives-ers—students and adult benefactors alike—have considerable momentum, including in corporate America.

The reality of that momentum became apparent last week, when a single tweet from Laura Ingraham boomeranged on the fiery Fox News host.  On Wednesday, Ingraham tweeted mockingly about Hogg’s college-acceptance prospects.

For his part, within hours, Hogg responded with tweets of his own, calling upon advertisers to drop their sponsorship of Ingraham’s show. And sure enough, some sponsors did just that.

Soon, Ingraham, obviously feeling the heat, apologized. And yet Hogg refused to accept Ingraham’s apology, and so the anti-Ingraham effort continues; as of this writing, Hogg is still on the offensive, Twitter-wise, and 14 advertisers have fled, even as Ingraham suddenly announced that she was taking a vacation next week. (In the meantime, the fact that Hogg himself had said far more intemperate things, including using profane language, has gone mostly unnoticed.)

So this media exchange counts as a clear victory for Hogg & Co. He and his allies struck at Ingraham and Fox where it really hurts—in their bottom line. Speaking grandly of his establishment friends, Hogg also said to CNN on Friday, “It is important that we stand together as corporate and civic America to take action against these people and show them they cannot push us around, especially when all we’re trying to do here is save lives.”

Of course, some will argue, with plenty of evidence, that the flight of corporate advertisers from Ingraham and Fox—as well as the distancing from the NRA—has been the result of a carefully coordinated pressure campaign run by politicos in Washington, DC, New York, and Los Angeles, not by students from Broward County, FL. 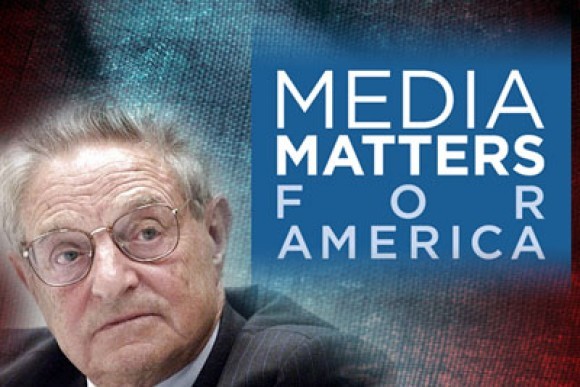 So this March 30 Breitbart News headline, “Soros-Funded Groups Fueling Laura Ingraham Advertiser Boycott,” counts as what might be called a predictable surprise. In that piece, author Aaron Klein detailed the doings of Media Matters for America, funded by George Soros—and many other like-minded fatcats—while noting that Media Matters boasts some 80 employees, and an annual budget of about $13 million. That much throw-weight, of course, can have a lot of impact. And so it might never be possible to untangle the role that Media Matters and like-minded pressure groups have played in pushing at least some parts of corporate America toward a more pro-gun-control position.

Yet undeniably, some gun-control activism comes from within corporate America itself. For instance, on March 2, BlackRock, the investment behemoth boasting $5 trillion in assets, announced that it was studying the possibility of using its financial muscle to influence gun issues. In fact, BlackRock’s reach could potentially extend to virtually all aspects of gun manufacturing, financing, advertising—and boycotting.

As BlackRock CEO Larry Fink declared,“Companies must benefit all of their stakeholders, including shareholders, employees, customers and the communities in which they operate.”  And he added, companies must become more adept at “understanding the societal impact of your business.” It’s hard to argue with Fink’s basic point about the desirability of social benefits, even as, of course, many might dispute Fink’s definition of those benefits.

Of course, a synonym for Fink’s “societal impact” is the more familiar phrase “corporate social responsibility” (CSR).  CSR is a catch-all term for just about anything a private firm might do, and yet in recent years, it seems that much CSR activism has been focused on selected issues, often having to do with gender and diversity—such as, for example, the boycott of North Carolina over its bathroom bill. And now, these days, we can also add gun control.

To be sure, it’s hardly the case that corporate America has become a hotbed of leftism; there aren’t many Bernie Sanders supporters in the C-suites. And yet at the same time, it seems evident that Clinton-Obama-type cultural liberalism has a firm foothold.

Not surprisingly, some on the right have reacted negatively to this liberalism. For example, on March 25, Derek Hunter, a veteran conservative writing for the rightist Townhall.com, headlined his piece “Our Corporate Masters.” Hunter expressed himself sharply: “In the corporate world . . . they are trying to control what we can buy, what we can watch, what we can read, how we can spend our own money, what we can say, and how we live our lives.”

Some might insist that corporations mostly just want to make money, and yet for some corporations, notably in Silicon Valley, making money seems to have been conflated with making a statement—and yes, shaping our lives.

Exhibit A is—you guessed it—Facebook. And a March 29 headline in Politico tells the tale of the right-wing reaction: “Conservative outlets take on Facebook.” Those conservative outlets, of course, include Breitbart News; in the words of editor-in-chief Alex Marlow, “Big tech is the biggest threat to free speech … Never has so much power been concentrated in the hands of so few people.”

The Romans Had a Name for It

Perhaps Virgil can add some perspective—the wisdom, one might say, of an ancient.

So if we wish to ponder corporate social responsibility today, we might first take a closer look at that “c-word,” corporation. As we shall see, a corporation has been, and will continue to be, highly variable; the only constant is that people operate them—and people, too, are highly variable. Come to think of it, over time, they are 100 percent variable.

The word “corporation” dates back to the 15th century; it’s defined as “persons united in a body for some purpose.” The root of the word, of course, goes back even further, to the the Latin corpus, or body, which also gives us the modern word “corpse.”

In other words, a corporation is just a group of people organized to do something, with a twist. And that twist is this: The presumed goal for the corporation is to keep doing its thing well beyond the lifetime of any individual—perhaps even forever. As the 18th century jurist Sir William Blackstone wrote in his magisterial Commentaries, “Corporations … are artificial persons … established for preserving in perpetual succession certain rights.” Blackstone observed that the legal structure of a corporation is, in fact, a “body politic.” He added that if such a legal structure were to be conferred only on “natural persons,” then the enterprise “would fail in [the] process of time”—that is, with the inevitable death of the participants.

Indeed, any conscious entity that lasts longer than the blink of history’s eye is a kind of corporation—that is, all governments, all religions, all universities, all militaries. Thus we see the germ of that venerable idea in the name of the United States Marine Corps, as well as the Corps of Cadets at West Point.

So we quickly realize that a corporation of any kind is not much different—no better, no worse—than the people in it. To put that another way, corporations are simply a subset of human nature, for good or ill. And so the same is true for CSR; corporate social responsibility is just another manifestation of the personalities within a company—often, in fact, more so than the owners of that company, who tend to be absentee, or even algorithmic. And of course, the people within a corporation are guided by whatever external laws and pressures they might confront.

It’s that last point, “external laws and pressures,” that we might dwell upon.

Today, if folks aren’t happy about the status quo of CSR and corporate activism, and they wish to see change, then they have no choice but to get active themselves.

Such activism can work for the right, even today, even in this cultural climate: Just on March 28, Walmart announced that it was pulling Cosmopolitan magazine from its checkout lanes. The retail giant acknowledged that it was responding to public pressure, specifically from the National Center on Sexual Exploitation (a conservative group, founded in 1962 as Morality in Media). 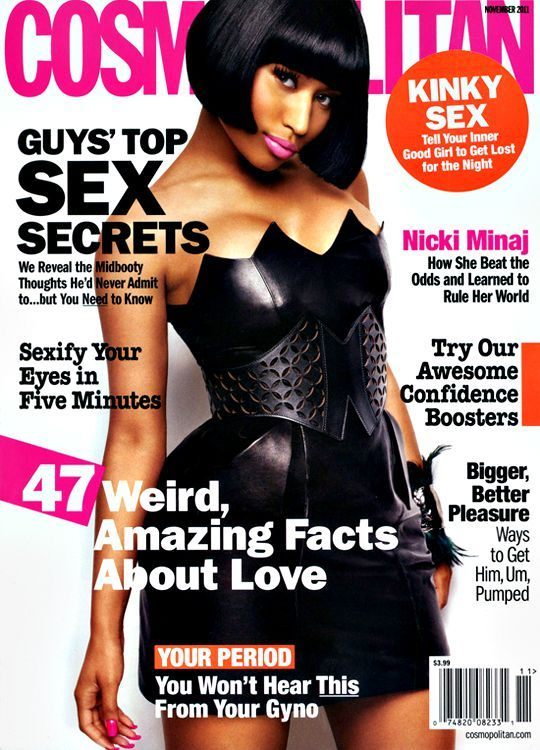 Indeed, the right might take useful inspiration from the left: specifically, the reputed last words of the legendary labor organizer, Joe Hill, who said to his followers in his dying moments, “Don’t mourn—organize!” You see, it does little good to simply lament the tears of things—that makes for great poetry, but not much else.

If every corporation, of every kind, is made up of people, then every corporation is subject to political pressure; that is, organized pressure. As the great Aristotle explains, man is a zoon politikon—a political animal. To put that another way, everything we do in the public square has a political component to it.

So if the right feels that the left is winning—and it clearly is winning, at least on key cultural matters—then the right had better improve its act.  And in this case, “act” is short for both activism and action.

Indeed, if one considers that the twin peaks of today’s private sector—that is, Wall Street and Silicon Valley—are both firmly in the hands of the cultural left, then it becomes all the more desirable, even necessary, for the right to stake its claim to effective national politics. That is, conservatives ought to control something that can affect Wall Street and Silicon Valley.

After all, it’s an article of faith on the right that most Americans agree with conservatives, at least quietly, on many critical issues. If so, then it’s time to prove it. It’s time for the Silent Majority to become the Vocal Majority. And the Effective Majority. And if the path to majoritarianism requires some adjustment in the conservative message, well, so be it. Acting with calibrated deliberation in pursuit of a shared goal is, of course, the essence of politics. Everything else, no matter how heartfelt, is just posturing.

David Hogg and his Big Friends have won this round. Yet only time will tell who wins round two, and round three, and on and on. After all, just as politics is all-surrounding, so, too, it is never-ending.

Yes, it’s true what they say: There are no final victories. And yet still, always, victory is better than defeat.