Speaking at a rally in Washington, D.C. on Wednesday billed as “A Day of Action Against Trump’s White Supremacy,” Rep. Keith Ellison (D-MN) said the goal of the anti-Trump, pro-illegal alien movement should be “justice for all.”

“Justice for all,” Ellison said. “And that means whether you’re born here or not.”

“It’s really not about no politician, including me,” Ellison said. “It really is about the pressure you all have brought to this moment.” 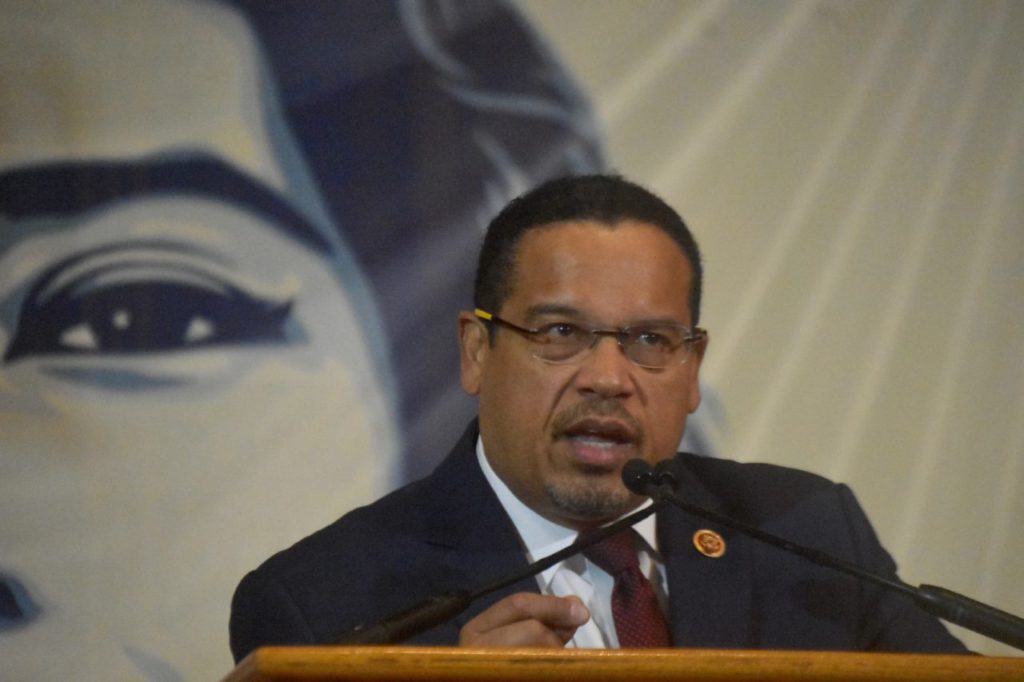 “You’ve got to keep the pressure on,” Ellison said.

“You’ve got to talk about this issue in any language people speak,” Ellison said. “The message has got to go out …  which is don’t kick our people out.”

“I will not vote for anything that is not a clean Dream Act,” Ellison said, referring to legislation that proposed to grant amnesty to the estimated 800,000 young illegal aliens given temporary legal status and protected from deportation under the Obama-era Deferred Action for Childhood Arrivals, or DACA.

Although the rally was organized by a number of left-wing groups, including the Women’s March, the message was decidedly about the millions of illegal aliens living in the United States who want the government to grant them blanket amnesty.

Cristina Jimenez, executive director and co-founder of United We Dream, which also sponsored the event, said that amnesty should be for all of the “11 million” illegal aliens living in the United States.

“We are here for them all,” Jimenez said.

Her remarks reflect the opinion of the Democrats and left-wing activists who have rejected President Donald Trump’s framework for immigration reform. The plan would provide amnesty and a pathway to citizenship for 1.8 million illegals but also includes border security and an end to chain migration that allows family members and other relatives admission to the U.S. based on relationships.

“What we have seen is a proposal from the White House that wants to separate families and implement policies that only favor White Supremacist ideologies,” Jimenez said.

“So when you have a White Supremacist Klan ruled over by the White House it is up to Republicans and Democrats — Schumer and Pelosi and members of the Congressional Hispanic Caucus and the black caucus and the Asian caucus — to say we are going to stand in the way of a white supremacist agenda.

“You do not move forward another deal without the Dream Act,” Jimenez said.

As Congress tries to come up with a budget to fund the government, Democrats are insisting that the DACA amnesty be tied to any spending bill.

The rally advertisement on the United We Dream website blames Trump for the immigration debacle, even though he gave Congress months to come up with a legislative solution before the expiration of the DACA program and conceded more to DACA recipients than the much tougher House bill. 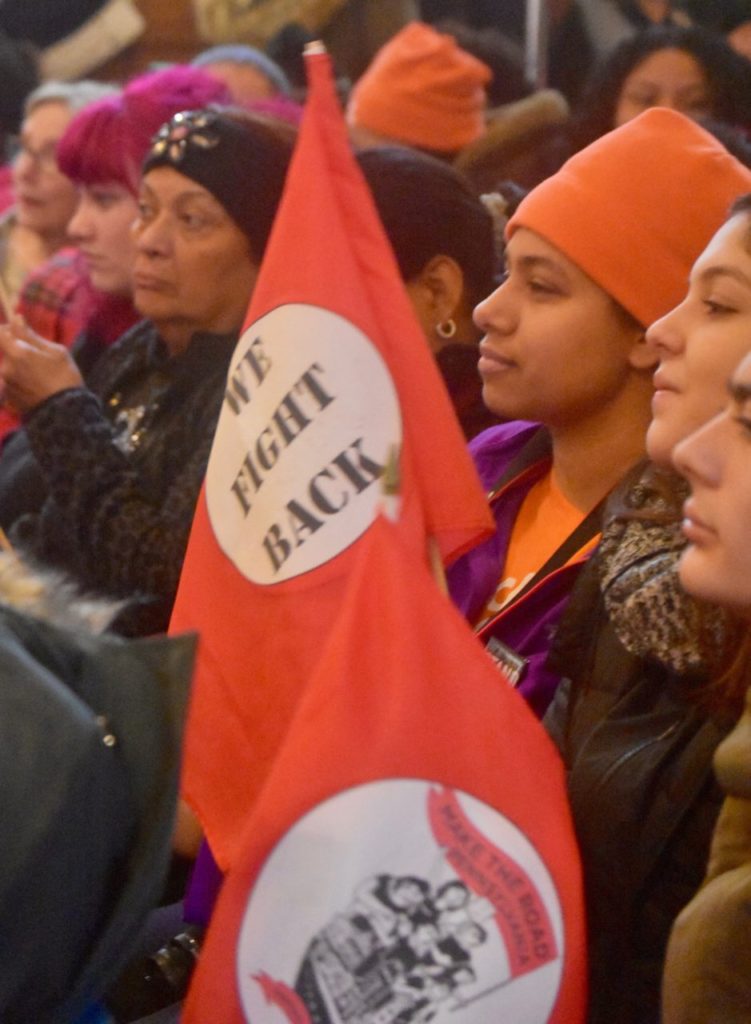 Some who attended the anti-Trump, pro-illegal immigrant rally in Washington, D.C. on Wednesday carried flags that said ‘We fight back.’ (Penny Starr/Breitbart News)

“From day one, Trump’s anti-immigrant agenda has ripped families apart,” the announcement said. “His latest proposal, crafted by political adviser Stephen Miller, pits immigrant youth against their parents, their family members, and other immigrant community members.”

Some from the rally proceeded to a government office building where they chanted and blocked hallways as the Capitol Police worked to keep the situation under control.