Legislators canceled a scheduled Tuesday committee vote on the huge Agricultural Guestworker Act, and have not set a new date.

“Rather than rushing to a markup this week, we are taking some additional time to work on the bill,” an aide with the House Judiciary Committee told Breitbart News. Judiciary Committee Chairman Bob Goodlatte “looks forward to bringing it up for consideration soon,” the aide said.

The delay came after Breitbart News described the scale and impact of the cheap-labor outsourcing bill, which would deter agriculture companies from investing in European-style labor-saving machinery, such as onion harvesters and robotic cow-milkers.

The bill would allow farm companies to import a cheap-labor workforce of roughly 1 million people for a wide variety of food industry jobs, including jobs in the meatpacking industry.

The delay also stopped a planned vote on Texas Rep. Lamar Smith’s Legal Workforce Act, which would require employers to verify that job applicants can work legally in the United States.

“The AG Act and the Legal Workforce Act are important components of the House Judiciary Committee’s efforts to improve our nation’s immigration laws,” the aide said.

The guest-worker legislation will create a workable agricultural guestworker program for American farmers, Goodlatte said when he introduced the bill on Monday.

“For far too long, the broken H-2A guestworker program has buried American farmers in red tape and excessive costs without delivering access to a stable and reliable workforce,” Goodlatte said. “It’s clear that the current program is outdated and broken for American farmers, and it’s well past the time to replace it with a reliable, efficient, and fair program that provides American farmers access to a legal, stable supply of workers, both in the short- and long-term, for seasonal as well as year-round work.” 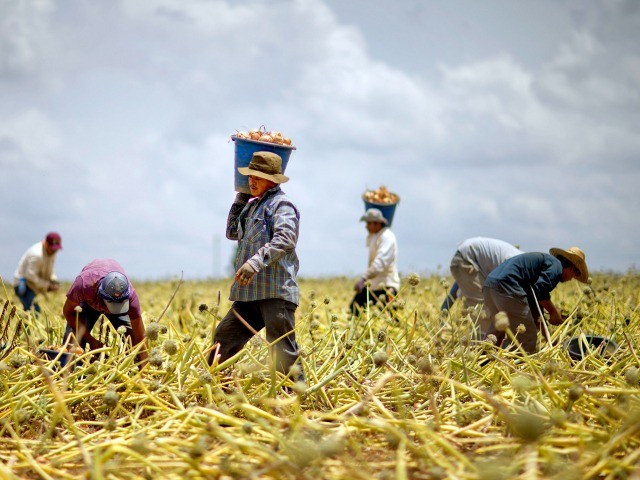 “The AG Act replaces the flawed H-2A program with a new, flexible, and market-driven guestworker program that is designed to meet the needs of the diverse agriculture industry when not enough American workers can be found,” Goodlatte said. “The new program is to be operated by the USDA, an agency that clearly understands the unique needs of America’s farm and ranch operations and the importance of getting perishable agricultural commodities to the marketplace in an efficient manner, and expands the guestworker program to year-round agricultural employers,” Goodlatte said, adding that he is grateful for the input from the American agricultural community in shaping the bill.

“To provide American farmers with access to a legal, stable supply of workers, the AG Act creates a new H-2C guestworker program designed to meet the needs of the diverse agriculture industry,” the press release announcing the legislation said. “Under the bill, the guestworker program is administered by the U.S. Department of Agriculture and covers year-round employers, like dairies, aquaculture operations, food processors, and others.”