Pope Francis, apparently desperate to reach out to the Catholic Church’s growing base in Latin America, spent the day slapping Americans in the face from across the US-Mexico border.

In Ciudad Juarez, one of the most violent cities in the Western Hemisphere thanks to the drug cartels, the pope walked up a ramp covered in flowers toward a cross “erected… in memory of migrants who have perished trying to reach the United States just a stone’s throw away,” according to Reuters. 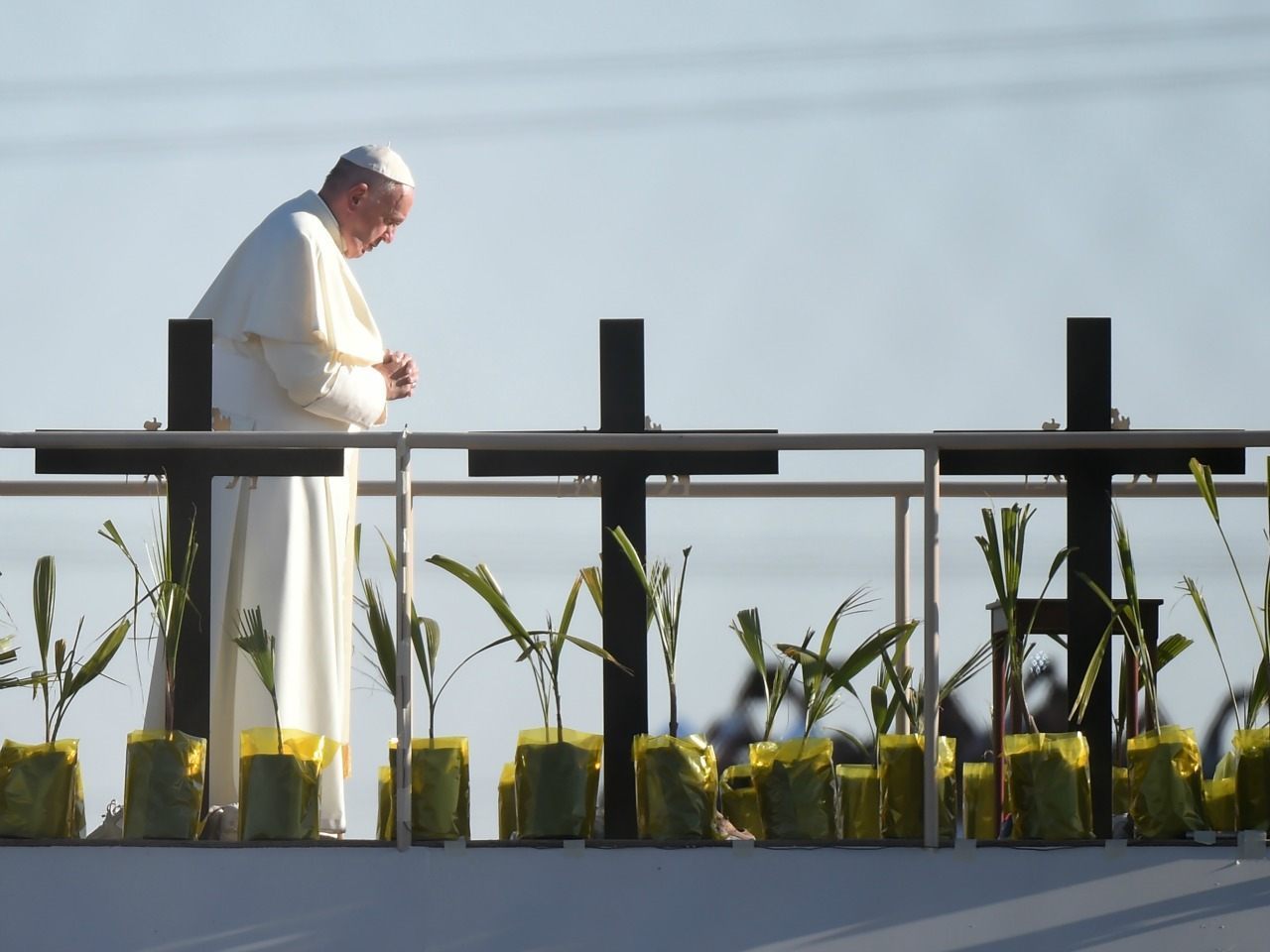 Funny, he never did that while visiting Cuba to pay tribute to those who died attempting to escape that Communist hellhole. He reserved his spite for a nation with one of the most generous immigration policies on the planet.

The pope then blessed three more small crosses, at which “shoes of migrants who died” were laid. “We cannot deny the humanitarian crisis,” Pope Francis intoned. “Each step, a journey laden with grave injustices: the enslaved, the imprisoned and extorted; so many of these brothers and sisters of ours are the consequence of trafficking in human beings…Injustice is radicalized in the young; they are ‘cannon fodder,’ persecuted and threatened when they try to flee the spiral of violence and the hell of drugs. Then there are the many women unjustly robbed of their lives.”

He concluded, “Let us together ask our God for the gift of conversion, the gift of tears, let us ask him to give us open hearts like the Ninevites, open to his call heard in the suffering faces of countless men and women. No more death! No more exploitation!” 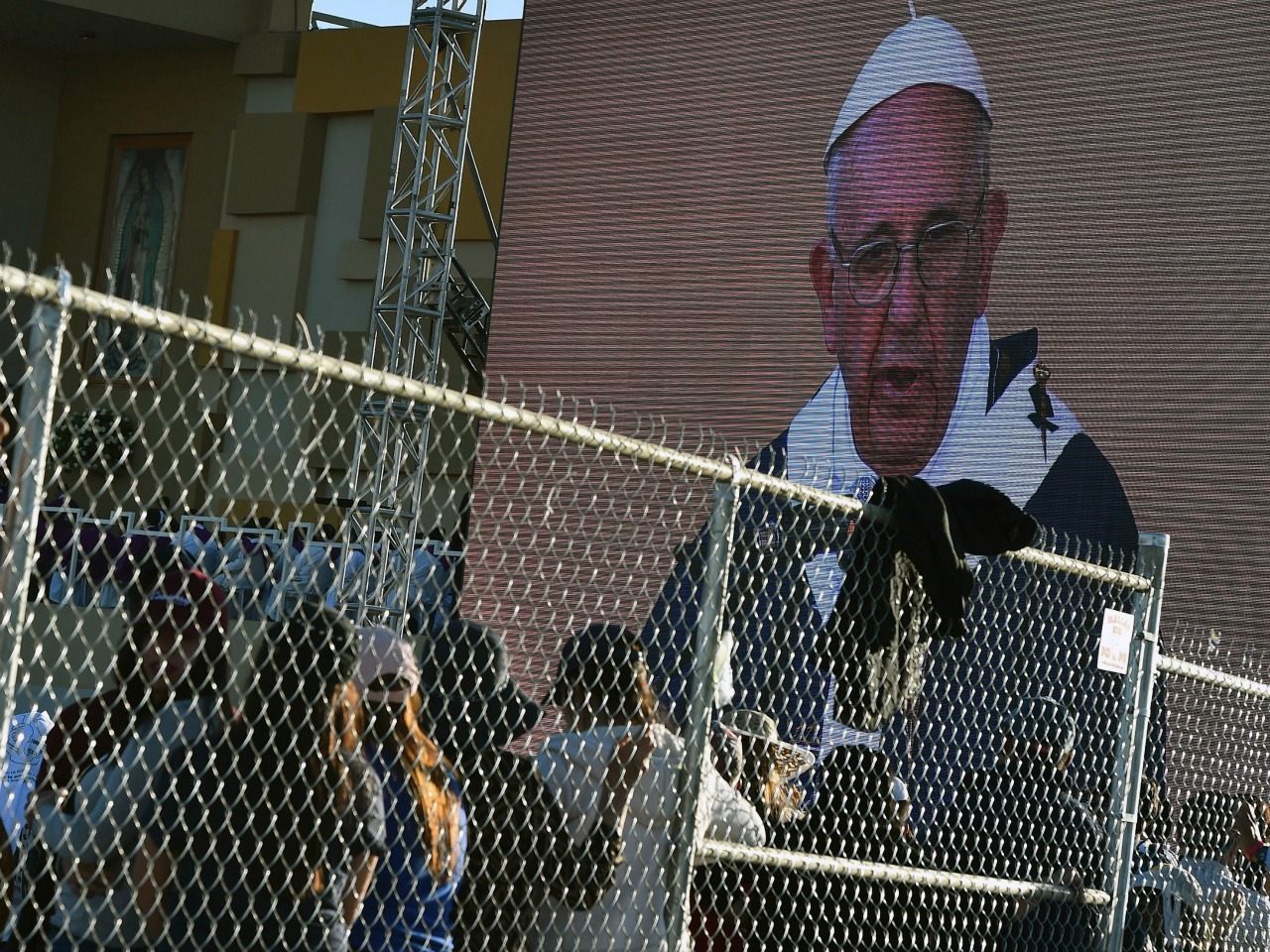 This came shortly after the pope said that capitalism cut against God, and that God would punish “slave drivers of our days” supposedly exploiting workers, adding, “The flow of capital cannot decide the flow of people.”

This is, simply put, asinine.

The reason for the humanitarian crisis driving people north is the corrupt anti-capitalist governance so common to Latin America – the same sort of governance the pope believes is apparently more godly than the capitalism drawing people like a magnet to the United States. So the same system the pope decries is the system the pope wants inundated with victims of those who oppose that system. How ironic. Even more ironic: the Vatican remains one of the most immigration-restrictive states on earth.

This is nothing new from Pope Francis, who has spent much of his tenure bashing capitalism and American border policy. Back in September, Pope Francis spoke on the National Mall, where he explained, “Thousands of persons are led to travel north in search of a better life for themselves and their loved ones, in search of greater opportunities. Is this not what we want for our own children? We need to avoid a common temptation nowadays: to discard whatever proves troublesome. Let us remember the Golden Rule: ‘Do unto others as you would have them do unto you.’”

Next, Pope Francis infamously lectured members of Congress about immigration policy that same month, bashed capitalism, and then completely ignored the issue of abortion while speaking before Democrats who see partial-birth abortion as a sacrament. 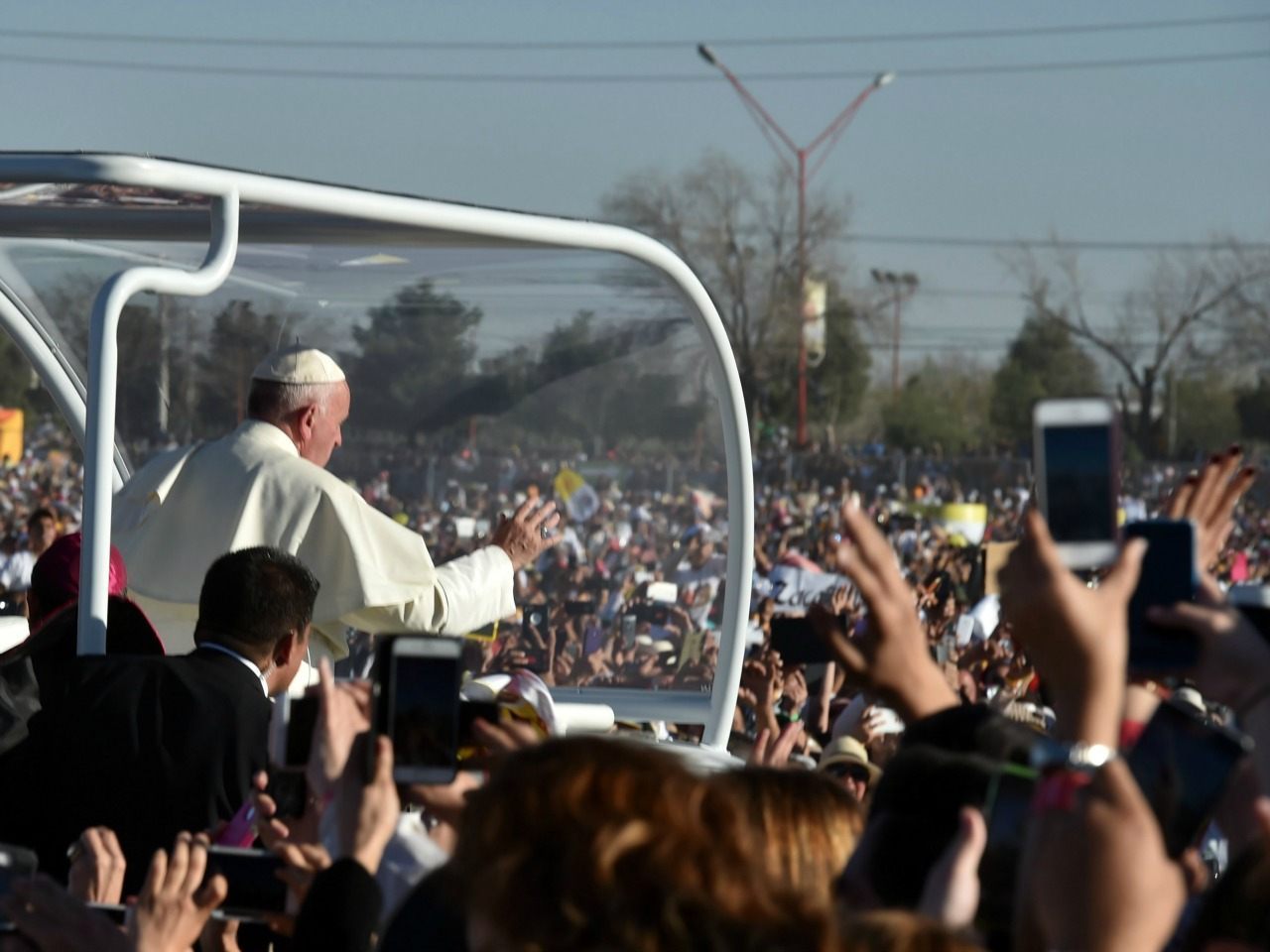 All of this would appall Pope John Paul II, who said, “This conception of Christ as a political figure, a revolutionary, as the subversive of Nazareth does not tally with the church’s catechism.” Pope Benedict XVI said liberation theology was a “singular heresy” and “fundamental threat” to the Catholic Church.

But in the Catholic Church’s effort to reach out to residents of anti-capitalist regimes, Pope Francis now pushes liberation theology under the guise of doing Biblical good. It turns out, however, that tearing down nations that work while encouraging immigrants with different values to swamp them does nobody any real good in the long run.

Ben Shapiro is Senior Editor-At-Large of Breitbart News, Editor-in-Chief of DailyWire.com, and The New York Times bestselling author, most recently, of the book, The People vs. Barack Obama: The Criminal Case Against The Obama Administration (Threshold Editions, June 10, 2014).