The WTA stunned the world on Wednesday by announcing it would suspend all games in China and Hong Kong until the Chinese government conducted a “full and transparent investigation” into Peng’s allegations against former Vice Premier Zhang Gaoli.

Peng disappeared from public view for weeks after making her allegation in a social media post aggressively scrubbed by Communist censors. She eventually reappeared in some dubious email communications and photos that may have been created under duress, then allegedly held a teleconference with the International Olympic Committee (IOC), which pronounced itself satisfied with her health and safety.

WTA chair Steve Simon questioned the value of the IOC teleconference, arguing that Peng could still be acting under compulsion by the brutal Chinese regime, and said he could not in good conscience expose international WTA players to abuse by such an oppressive government.

“None of this is acceptable nor can it become acceptable. If powerful people can suppress the voices of women and sweep allegations of sexual assault under the rug, then the basis on which the WTA was founded – equality for women – would suffer an immense setback. I will not and cannot let that happen to the WTA and its players,” Simon wrote on Wednesday.

On Thursday, ATP chair Andrea Gaudenzi issued a statement that appeared supportive of the WTA’s position, but he did not join the boycott of China:

The situation involving Peng Shuai continues to raise serious concerns within and beyond our sport. The response to those concerns has so far fallen short. We again urge for a line of open direct communication between the player and the WTA in order to establish a clearer picture of her situation.

We know that sport can have a positive influence on society and generally believe that having a global presence gives us the best chance of creating opportunity and making an impact. 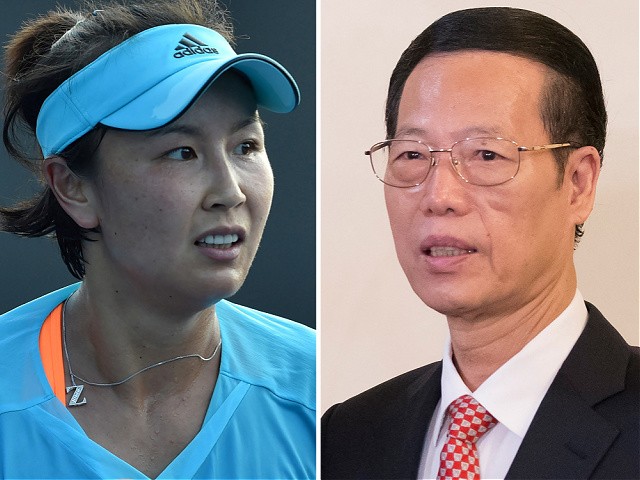 This combination of file photos shows tennis player Peng Shuai of China (L) in Melbourne on January 16, 2017; and Chinese Vice Premier Zhang Gaoli (R) during a visit to Russia at the Saint Petersburg International Investment Forum in Saint Petersburg on June 18, 2015. (Photo by PAUL CROCK, ALEXANDER ZEMLIANICHENKO/AFP via Getty Images)

“Are we to understand that the ATP would have made the same statement had the player been a male? An ATP tour pro?!? Somehow I think not,” scoffed tennis champ Martina Navratilova, dismissing Gaudenzi’s statement as “embarrassing.”

British player Liam Brody agreed the ATP statement was “absolutely embarrassing” and “full of fluff,” a judgment he also rendered on the IOC for letting China off the hook.

Former men’s world number one Andy Roddick also said the ATP statement showed “how to say a lot of words and say nothing”.

American player Mardy Fish tweeted: “That’s a statement?” and his compatriot Tennys Sandgren wrote: “It’s important to understand that we as the players are completely handcuffed in our ability to act as a collective, and our leadership from the @atptour is complete dumpster.”

American tennis pro Reilly Opelka lobbed some heavy sarcasm across the ATP’s net, mockingly describing Gaudenzi’s statement on Peng as “POWERFUL!” and then saying he was “particularly moved by the part where he said ‘we will monitor any developments as this issue evolves.”

The UK Express found more examples of players and fans ridiculing the ATP as “pathetic” and a “sham,” while praising the WTA for its leadership on the Peng Shuai issue.

On a related note, veteran sportscaster Bob Costas on Thursday slammed the IOC for being “in bed with China,” accusing the Olympic committee of “aiding and abetting a problematic regime” ever since the previous Beijing Games in 2008.

Costas was a leading broadcaster from the 2008 Olympic Games, his seventh turn as Olympic anchor, and he was not critical of the Chinese government at the time.

Costas also chastised the National Basketball Association (NBA), the Nike sportswear company, and “various individual sports stars in the United States” who constantly criticize their own country, but refuse to speak out against “the world’s leading human rights abuser” because they have “significant investments in China.” 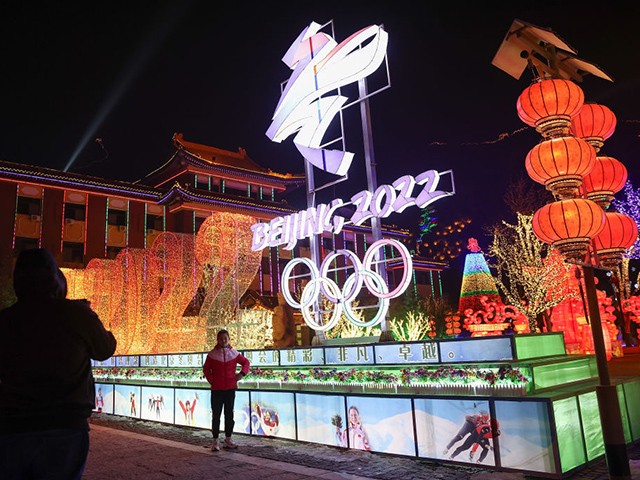 Human rights activist Peter Dahlin of the group Safeguard Defenders published an open letter to the IOC on Thursday in which he noted the People’s Republic of China (PRC) has an ugly history of using “stage-managed appearances” and “forced television confessions” to “counter international criticism.”

Drawing upon his own personal experience as the subject of a PRC forced confession, Dahlin declared: “Peng is not free.” He even drew the IOC a diagram of where all the CCP thugs and security agents were probably positioned in the room while Peng was speaking.

“You know – or should know – that she is not free,” he chided the IOC. “You have seen the initial letter claiming to be from her – where she retracts the allegations of rape against former high level CCP cadre and State leader Zhang Gaoli. If she is not under control by the police, why in the world would she do that?”

Dahlin was willing to cut the IOC some slack for perhaps unwittingly participating in a staged teleconference with Peng that was used aggressively by Chinese Communist propagandists to deflect international criticism, but he was livid that the Olympic committee proceeded to hold a second such conference with Peng on Wednesday.

“If you are indeed non-political then immediately refuse the CCP’s requests to help them counter international criticism. Refuse to engage on their behalf, and let them do it themselves. Limit yourself to pushing for her safe release, support the WTA wholeheartedly, and ensure that Beijing lives up to its promises made to host the 2022 Olympics,” he demanded.

Perhaps wobbling a bit under this worldwide criticism, the IOC issued a statement on Thursday insisting it shares “the same concern as many other people and organizations about the wellbeing and safety of Peng Shuai” and pledging to hold an in-person meeting with her in January.