The battle for democracy in Hong Kong has gotten most of the free world’s attention over the past few years, but Voice of America News (VOA) noted on Monday that China is quietly but inexorably tightening its grip on Macau as well.

Macau frequently comes up in discussions of Hong Kong, as both are island territories formerly controlled by European powers (Portugal and Britain, respectively) and both received guarantees their autonomy would be respected when China took possession of them in the 1990s.

Macau has a pro-democracy movement, and at the height of the 2019 Hong Kong protests, the Chinese government was clearly worried that a similar uprising could occur in Macau. Beijing used a combination of carrots and sticks to keep Macau’s student democracy movement in line.

When the 20th anniversary of Chinese control arrived in December 2019, a social scientist from Hong Kong described Macau as “the good boy in a family” who gets “candies” as a reward for behaving himself. While some Macau residents chafed at the authoritarian control of the Chinese Communist Party (CCP), others felt the CCP administered the island’s affairs more efficiently than the Portuguese government had, and they gave the CCP credit for not disturbing the goose that lays Macau’s golden eggs: the island’s gigantic casino industry. 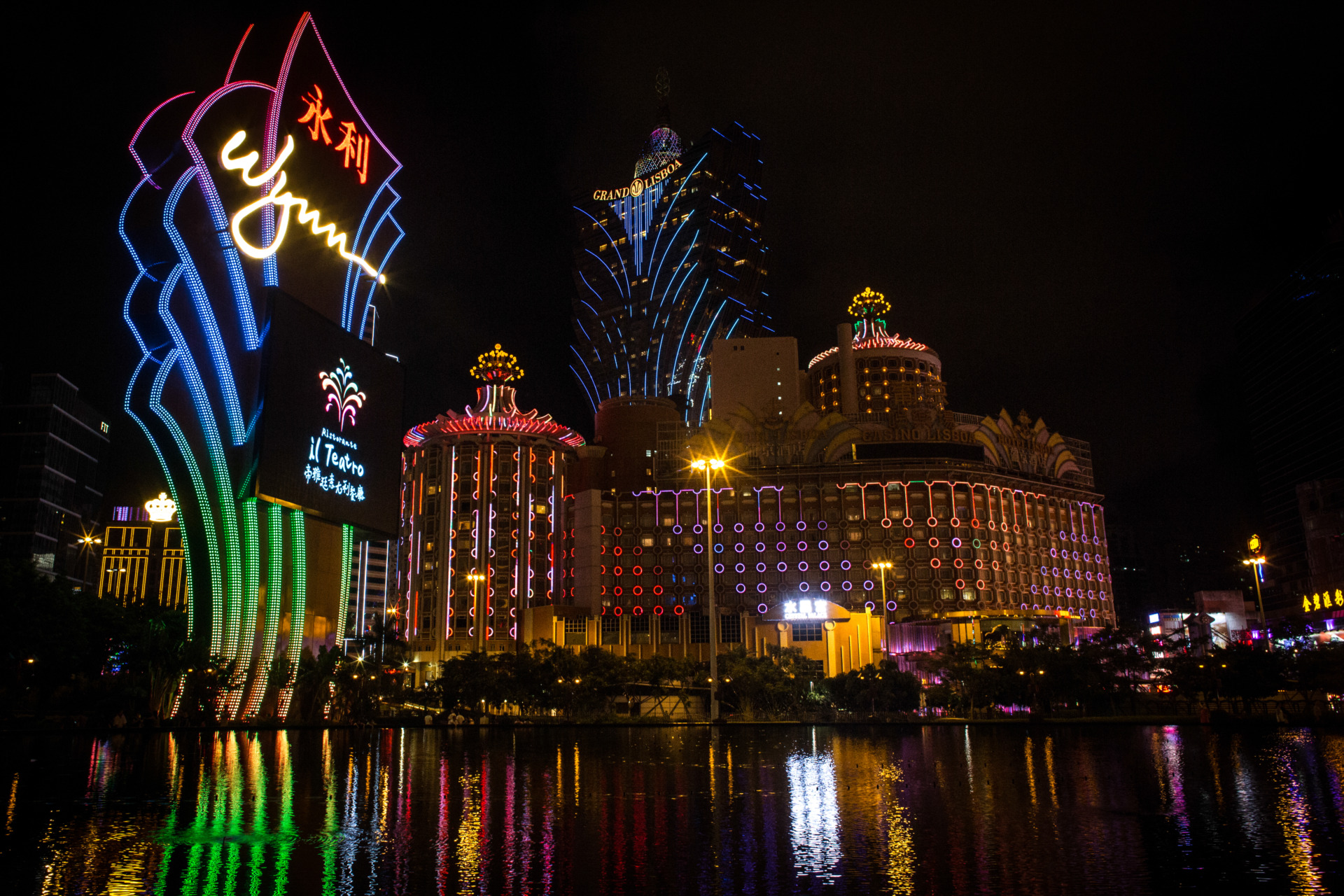 A general view of the Casino strip on July 29, 2013 in Macau. (Photo by Chris McGrath/Getty Images)

That may be about to change, according to VOA’s report:

[Macau] has now been paired with neighboring Guangdong in a special economic zone on nearby Hengqin island, with special tax and other policies aimed at diversifying Macau’s economy away from gambling into such industries as finance, high-tech, traditional Chinese medicine, tourism, exhibition and trade.

“It was never the intention [of China] for gaming to dominate Macau’s economy, and worse, for the SAR [Special Administrative Region] to become so totally dependent on the mainland for its economic welfare,” Macau-based casino consultant Ben Lee told VOA, by email.

China has recently exerted its control over the casino businesses in the world’s biggest gambling hub. The Macau government announced a regulatory overhaul that could see local officials supervising companies in the city, including introducing government representatives at casino operators. 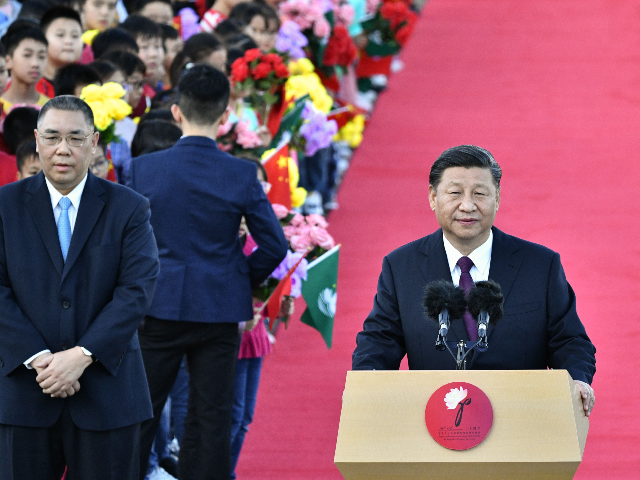 China’s President Xi Jinping (R), with Macau’s outgoing Chief Executive Fernando Chui (L), speaks upon his arrival at Macau’s international airport in Macau on December 18, 2019, ahead of celebrations for the 20th anniversary of the handover from Portugal to China. (Photo by ANTHONY WALLACE/AFP via Getty Images)

VOA noted that half of Macau’s six casino operators are owned by American corporations, suggesting the CCP wants tighter controls to limit Western influence on the island. Some Communist officials are reportedly disgusted by the success of the gaming industry, viewing its profits as money siphoned away from more productive pursuits, much of it ultimately flowing into the coffers of U.S. corporations.

Although it received much less international attention than the crackdown in Hong Kong, China took steps to break the democracy movement in Macau this year.

In July, pro-democracy political candidates were disqualified from Macau elections for the first time, despite objections from the U.S. and Europe, for reasons very similar to those cited when Beijing’s puppet government in Hong Kong strikes down democracy-minded candidacies: reluctance to “pledge allegiance” to the Chinese Communist government, insufficient “patriotism,” and so forth.

This was followed in September by the lowest-turnout election since Macau was handed over to China. September also saw stocks in the gambling industry losing up to a third of their value.

On Monday, Bloomberg News quoted analysts who estimated gambling profits would plunge to their lowest level of the year – from $414 million in the second quarter to $62 million in the third – even though tourism is supposed to be recovering after the pandemic. Analysts said travel restrictions with mainland China after a few coronavirus outbreaks were part of the problem, but the looming threat of tighter regulations and doubts about Macau’s future as a gambling hub were big factors as well.

“It’s the latest move in China’s push for Macau – which relies on gaming revenue for 80% of government income – to diversify its economy away from gambling. More scrutiny also stands to further deter VIP bettors, a prime target of Beijing’s crackdown on money laundering and capital outflows, from visiting the enclave,” Bloomberg reported.