Al-Kadhimi announced the development in a series of statements posted to his official Twitter account on October 11. Members of the Iraqi intelligence service detained ISIS deputy Sami Jasim in “a complex external operation,” the prime minister wrote, without stating exactly where or when the arrest took place. Al-Kadhimi described Jasim as “in charge of Daesh [ISIS] finance, and a deputy of Abu Bakr Al-Baghdadi.” 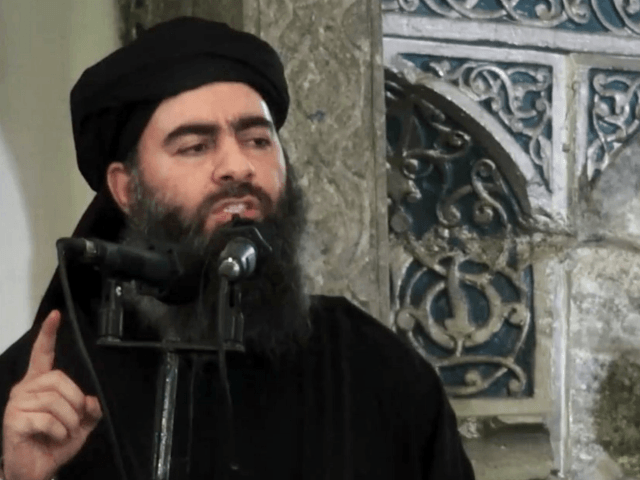 This file image made froma video posted on a militant website July 5, 2014, purports to show the leader of the Islamic State group, Abu Bakr al-Baghdadi, delivering a sermon at a mosque in Iraq during his first public appearance. (Militant video via AP, File)

Al-Baghdadi declared himself the leader of a cross-border “Islamic caliphate” in Iraq and Syria in 2014. A U.S. special forces team neutralized Al-Baghdadi in northwestern Syria in October 2019. The operation, approved by the administration of former U.S. President Donald Trump, signaled the end of a significant period in ISIS’s history, during which the Islamist terror organization controlled a section of the Middle East roughly the size of Great Britain. Trump’s administration managed to successfully locate and kill Al-Baghdadi following a five-year international manhunt for the jihadi.

Sami Jasim is pictured above. (Rewards For Justice)

Al-Baghdadi’s former deputy, Sami Jasim, “was detained in an identified foreign country and transported to Iraq [a] few days ago,” Iraqi intelligence officials told the Associated Press on October 11 on condition of anonymity.

Jasim moved to Syria in 2015 after ISIS, an Al-Qaeda offshoot, declared its Islamic Caliphate in the Arab country in June 2014. ISIS named him second-in-command to Al-Baghdadi shortly afterward.

“Jasim, an Iraqi national, is one of Islamic State’s core leaders who may offer valuable information on the group’s operations,” Hassan Hassan, an ISIS expert, told Reuters on Monday. “He is only the second senior IS leader to be taken alive,” Hasan observed.

“While Islamic State was driven out of most of the territory it once held in Syria and Iraq several years ago, Western military officials estimate that it still has at least 10,000 fighters across the two countries, typically in remote areas,” Reuters noted on October 11.

A U.S.-led military coalition still collaborates with Iraqi security forces and the Kurdish-led Syrian Democratic Forces (SDF) in Syria to combat remnants of ISIS in the region. 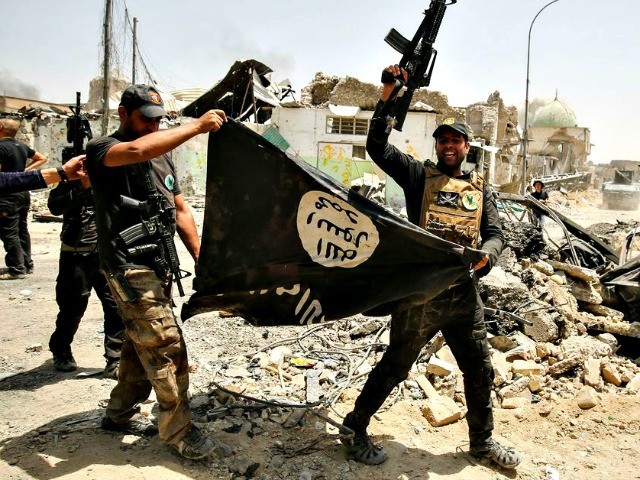 Members of the Iraqi Counter-Terrorism Service (CTS) cheer as they carry upside-down a black flag of the Islamic State group, with the destroyed Al-Nuri mosque seen in the background, in the Old City of Mosul on July 2, 2017, during the offensive to retake the city from IS fighters. (Ahmad Al-Rubaye/AFP/Getty Images)

“In Iraq, IS militants still wage regular attacks on police, army and Iraqi state paramilitary units, killing dozens of police and fighters in the past year,” Reuters acknowledged on Monday.