The impending collapse of China’s gigantic Evergrande Group real estate company caused a tumble at the stock market Tuesday for other Chinese property developers. Even investors in completely unrelated markets are growing nervous about what the implosion of such a huge company could do to banks in China and around the world — and what it could mean for Beijing’s geopolitical agenda.

Evergrande is a property development conglomerate based in the city of Shenzhen, founded in 1996 by Hui Ka Yan, who went on to become the richest man in China for a time. The company accumulated thousands of properties across China, amassing billions of dollars in assets — and, more importantly, over $300 billion in debt it cannot repay, about $20 billion of it owed to foreign creditors.

In short, Evergrande expanded too much, diversified too much, and borrowed far too much money from lenders who were happy to give the huge and ambitious firm an unlimited line of credit. Most of its big acquisitions were in residential real estate, and when the bottom suddenly fell out of China’s residential market, the rug was pulled from beneath the feet of its real-estate titan.

Evergrande’s epitaph is written on empty apartment buildings, abandoned theme parks, and veritable ghost cities. The company’s business model assumed an endless stream of rural Chinese would move to the big cities and hunt for apartments. Vast sums were borrowed to build housing units in advance, but the customers stopped coming – and to China’s growing concern, the next generation of workers and home buyers isn’t getting born. 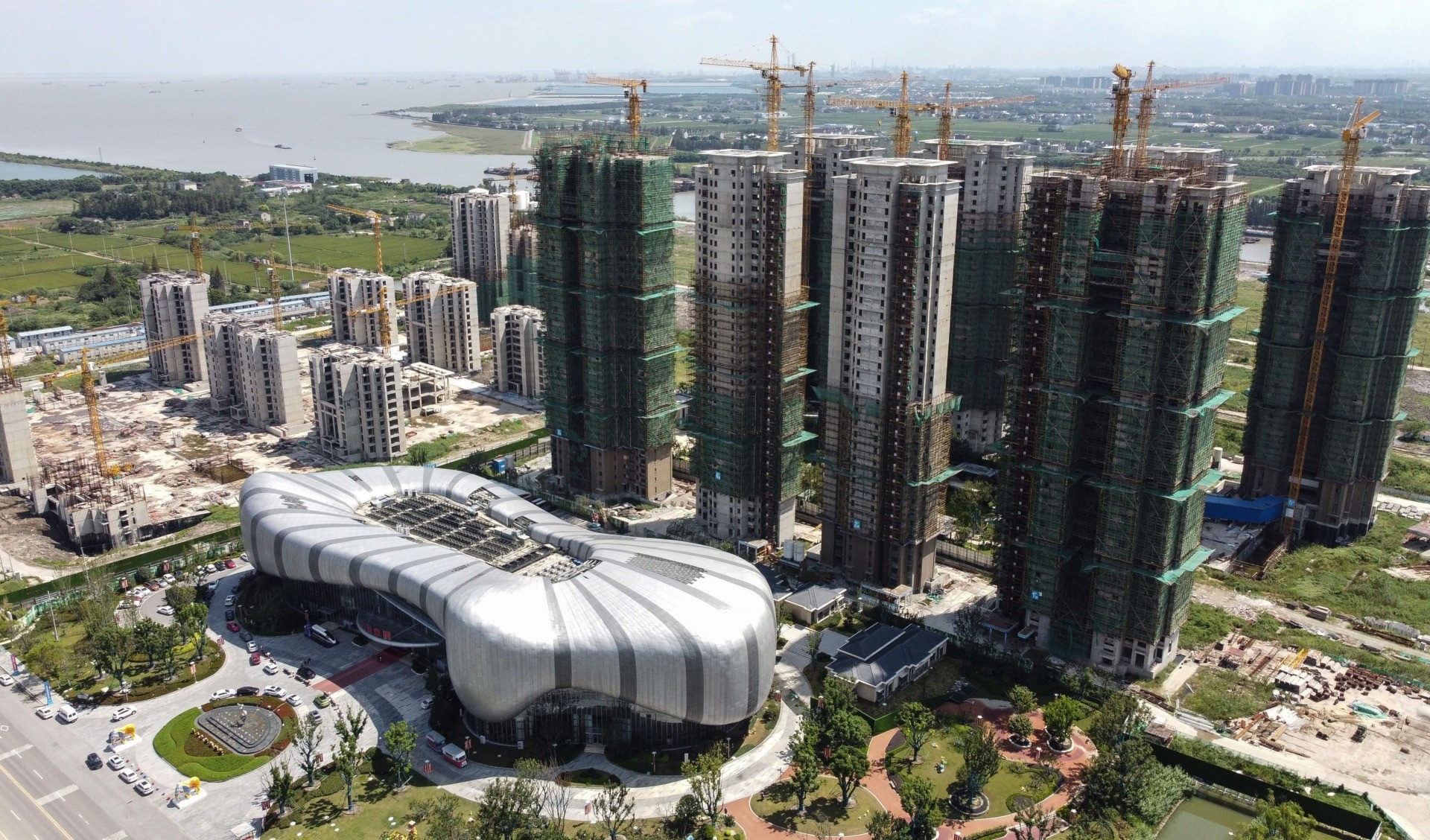 The supply of urban residential real estate far outstripped demand, and when demand stumbled, Evergrande’s creditors discovered the company could not make its loan payments – and its customers found themselves staring at half-finished buildings they might never be able to live in, despite making sizable deposits on attractive pre-construction deals.

Evergrande admitted it was in serious trouble over the summer. In September, it missed the first in a series of red-line loan repayments. Last week, it missed paying interest to overseas bond holders for the second time.

Evergrande’s liabilities add up to about two percent of China’s entire Gross Domestic Product, so it was widely assumed the authoritarian regime in Beijing would step in to prevent a collapse. Over the past few weeks, it appears to have dawned on investors that the Communist Party might be able to force foreign bondholders to take some big haircuts – perhaps by threatening that future access to lucrative Chinese markets depends on making sweetheart deals with Evergrande – but the problem is simply too big to wave away with political magic wands.

There are too many other companies tied into Evergrande, too many supply chains flowing into its construction projects, and too much bank capital tied up in its loans. Evergrande could take hundreds of other companies down with it in a $300 billion debt implosion, and stymie Beijing’s plans to restructure its shaky housing market to handle an era of “sustained decline.”

Lawsuits worth billions more are circling the company, and not just from home buyers angry about their lost deposits. For example, two Hong Kong property agencies filed suit against Evergrande on Tuesday over millions of dollars in unpaid commissions.

Evergrande used to have a golden corporate credit card, but now it is understandably having trouble securing credit, attracting investment capital, or even convincing its creditors to accept alternatives to cash for repayment.

The impending collapse of the gigantic property company has already rocked markets across Asia, and in the United States. On Monday, Evergrande halted trading in its shares on the Hong Kong stock market pending the announcement of “major transactions” to save the company, likely a reference to plans for Chinese state-owned enterprises to buy up some Evergrande assets.

Reuters reported on Tuesday that Chinese property shares and bonds suffered a market “rout” as concerns about Evergrande grew, and the credit ratings of other Chinese developers began slipping.

Another developer called Sinic Holdings was downgraded by S&P Global Ratings on Tuesday due to a “severe liquidity problem” after it missed its own interest payments on offshore loans. S&P warned Sinic is likely to default on $246 million in notes by October 18.

A third Chinese developer, Fantasia Holdings, missed $315 million in loan payments on Monday. Fantasia, which specializes in luxury apartments, admitted to creditors that it would probably default on its debts, earning a downgrade from both S&P and Moody’s. Sales of Fantasia shares were suspended on Tuesday.

Fantasia’s unexpected default, the first on a dollar bond by the Chinese property industry since the Evergrande crisis began, looks to have seriously rattled investors and “stirred broader angst in volatile markets,” as Bloomberg News put it. The fact that it came as such a surprise is a major source of that angst, as analysts wonder what else the opaque Chinese government and property industry are hiding from them.

“Creditors are now scanning debt repayment calendars as they try to suss out where the next flashpoints across the increasingly strained property industry may be — nearly a dozen firms have debt maturing through early 2022. Coming tests include a $229 million note Xinyuan Real Estate Co. has due Oct. 15, and Central China Real Estate Ltd.’s $400 million bond due Nov. 8,” Bloomberg noted.

On Wednesday, U.S. Secretary of State Antony Blinken warned China to act “responsibly” as it deals with Evergrande, marking the Biden administration’s first public comments on the crisis.

“China has to make sovereign economic decisions for itself, but we also know that what China does economically is going to have profound ramifications, profound effects, on literally the entire world because all of our economies are so intertwined,” Blinken said in an interview with Bloomberg News.

“So certainly when it comes to something that could have a major impact on the Chinese economy we look to China to act responsibly and to deal effectively with any challenges,” he said.