Algeria recalled its ambassador to France on Saturday and closed its airspace to French military aircraft on Sunday, enraged by comments from French President Emmanuel Macron that seemed to question the legitimacy of the Algerian government.

French newspaper Le Monde on Saturday published remarks made by Macron during a meeting with the families of veterans of Algeria’s 1954-1962 war for independence from France. During this meeting, Macron reportedly said Algeria is ruled by a “political-military” system that has “totally rewritten” its own history to remain in power.

Macron said the “completely rewritten official history” of Algeria is “not based on truths,” but has instead become “a discourse based on hatred of France.”

“You can see that the Algerian system is tired, it has been weakened by the Hirak,” said Macron. Hirak is the pro-democracy protest movement that forced President Abdelaziz Bouteflika from power in 2019. 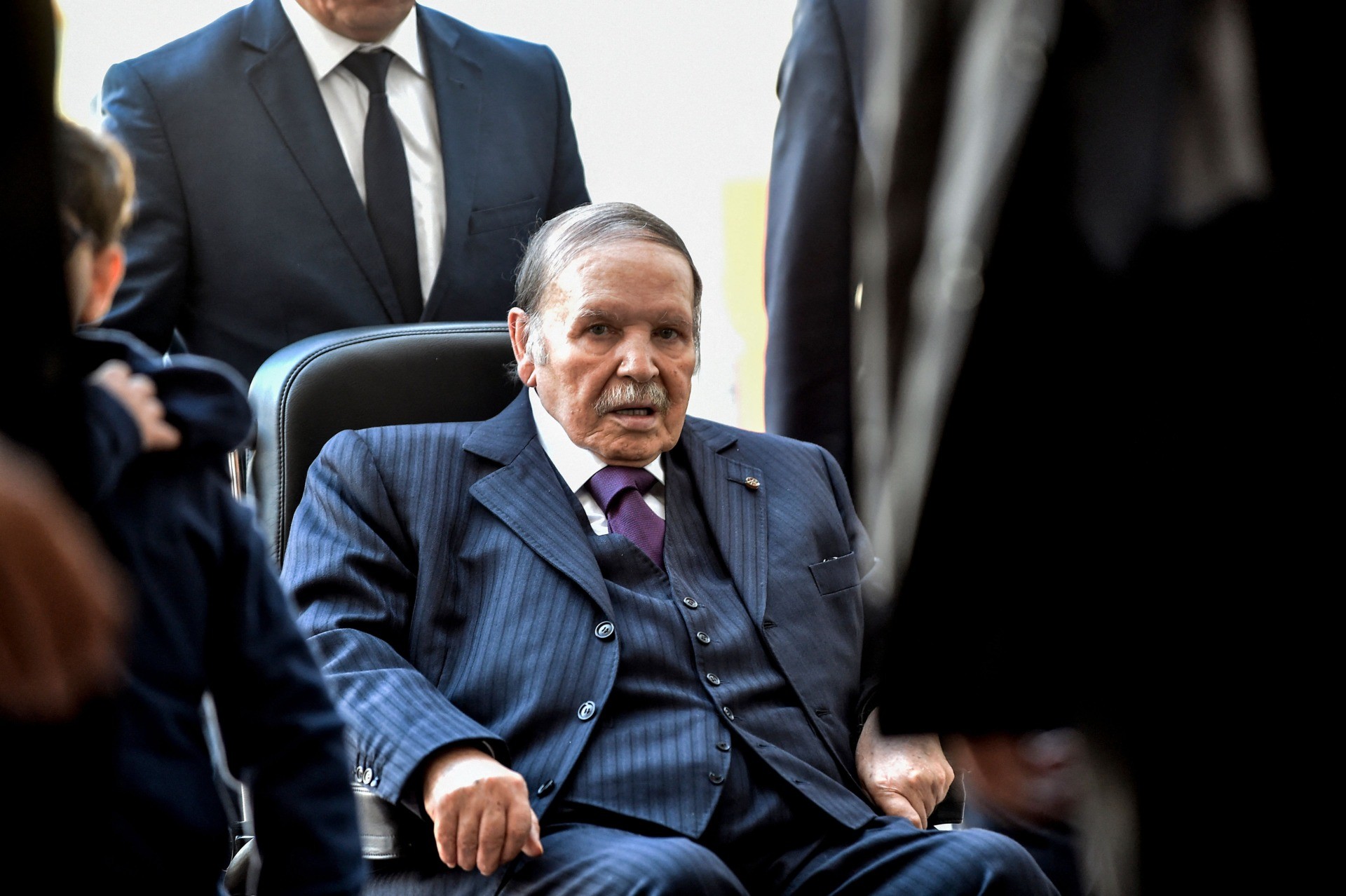 Algerian President Abdelaziz Bouteflika is seen heading to vote at a polling station in Algiers on November 23, 2017 as Algeria goes to the polls for local elections. (Photo by RYAD KRAMDI/AFP via Getty Images)

Macron spoke favorably of the current Algerian president, Abdelmajid Tebboune, but said he is “caught in a system which is very tough.” 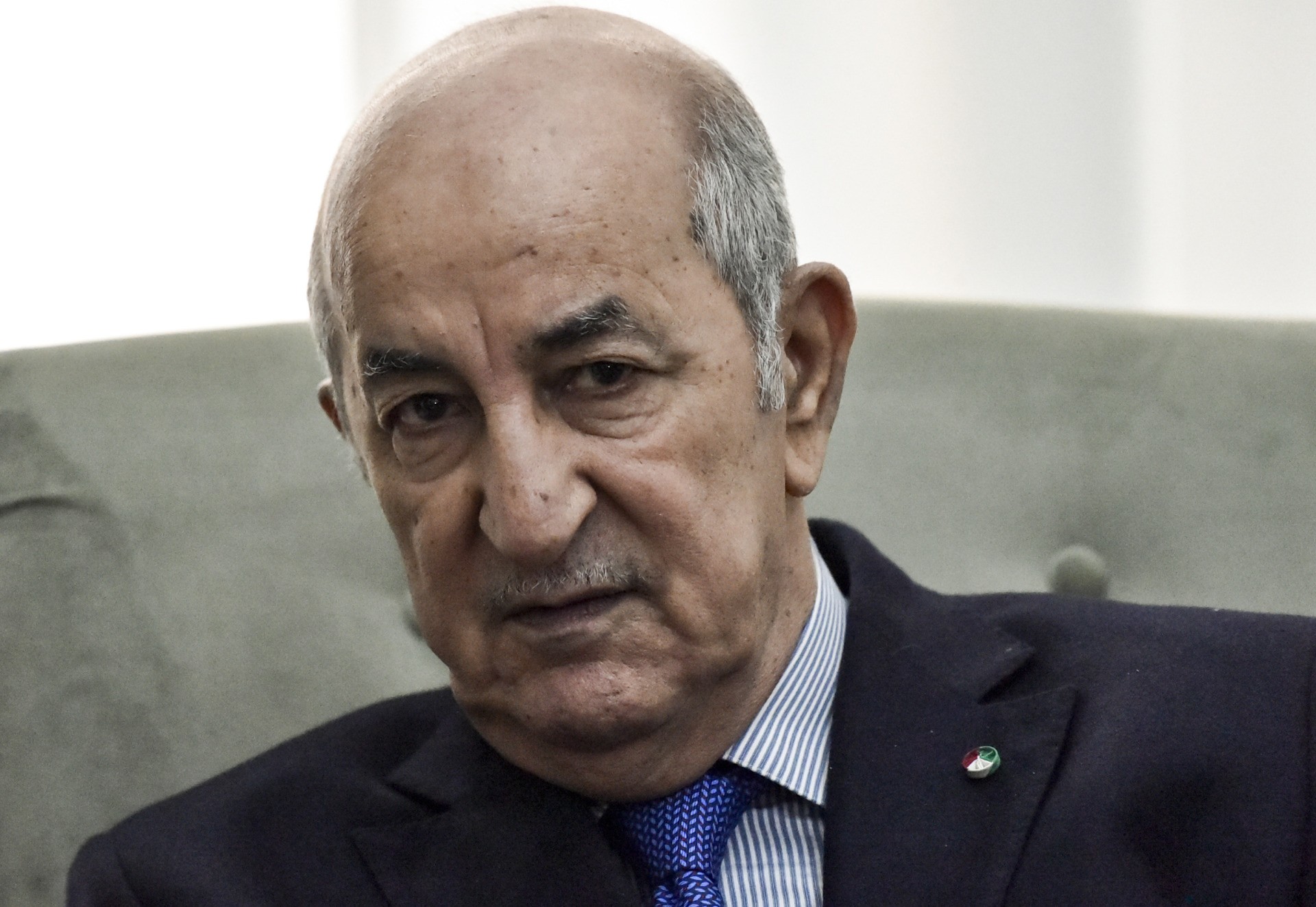 Algerian President Abdelmadjid Tebboune meets with the visiting French Foreign Minister (unseen) in the capital Algiers on January 21, 2020. – Le Drian arrived to Algiers for a brief visit to discuss bilateral and regional issues, starting with the Libyan crisis and the Sahel. (Photo by RYAD KRAMDI/AFP via Getty Images)

The Algerian government furiously denounced Macron’s reported remarks, which have been neither confirmed nor denied by the French government, as “an intolerable attack on the memory of the martyrs” who died in the war for independence.

“Algeria expresses its categorical rejection of inadmissible interference in its internal affairs,” the office of President Tebboune said Saturday.

A spokesman for the French military said France learned of the ban when flight plans for two planes filed with Algeria were denied. The spokesman added that cancellation of these supply flights had “slightly impacted” operations in the Sahel, but would not cause those operations to be suspended.

Tensions between France and Algeria escalated last week when France announced it would reduce the number of visas available to Algerians by fifty percent. Visas to Algeria’s neighbor Morocco, which Algeria also has increasingly tense relations with, were cut by the same percentage, while visas to Tunisia were reduced by a third.

France said the visa reductions were implemented because the three African nations were not doing enough to reclaim citizens who were denied entry to France. Algeria summoned the French ambassador to complain about the move, while Morocco called it “unjustified” and insisted it has “always acted responsibly on the issue of illegal migration.”

The French government conceded the visa reduction was “drastic” and “unprecedented,” but insisted it was necessary because “these countries are refusing to take back nationals who we do not want or cannot keep in France.”

“There was dialogue, then there were threats, and today we’re carrying out those threats,” French government spokesman Gabriel Attal said last Tuesday.