According to the CBP announcement, the seizure was a weeks-long endeavor as agents investigated five different parcels dating back to September 14. The newest parcel was seized September 28 and carried $3,011,000 in counterfeit Euros with denominations of $10, $50, $100, and $500. When converted to U.S. currency, the sum is equivalent to $3,485,794, the CBP states. 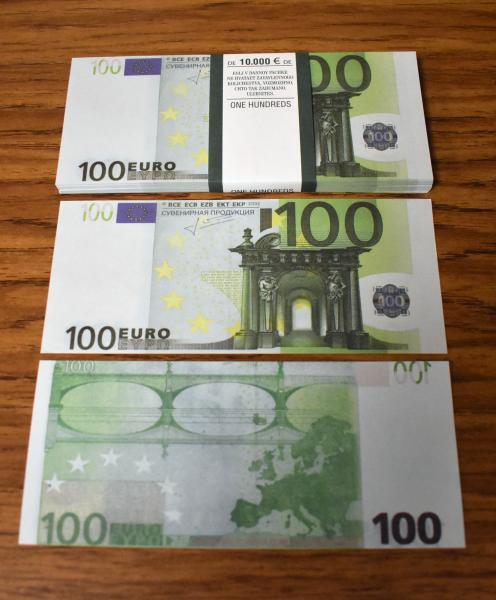 When adding the seizure from the five parcels together, the total sum accumulates to $6,511,294 in counterfeit currency. CBP indicated that the money was headed for an address in the Chicago area.

CBP has noted that the “parcels were manifested as ‘Play Money for Monopoly.’ The notes were marked as prop money — which federal law considers as counterfeit currency — but the notes too closely resembled authentic U.S. currency.”

“This is an outstanding interception by Customs and Border Protection officers of an alarming amount of restricted currency that may be altered to look authentic and potentially used to hurt our nation’s most vulnerable citizens,” explained CBP’s Acting Area Port Director in Philadelphia Edward Moriarty in the CBP’s announcement. “CBP remains committed to working with our law enforcement partners in our collective efforts to interrupt financial scams and to protect our nation’s economic security.”

The Secret Service is now in possession of the counterfeit money 6ABC reports.

The U.S. Customs and Border Protection seized nearly 1.4 million in counterfeit cash at a mail facility in Chicago in November of 2020. The shipment of false currency was sent from Ukraine.