Belarusian dictator Alexander Lukashenko ordered a crackdown on protests and blocked several news websites following the death of 31-year-old Andrey Zeltsar, a Minsk resident and employee of a U.S. software company called EPAM Systems. The Belarusian KGB accused Zeltsar of “terrorism” and said he was killed in a shootout that also claimed the life of a KGB agent on Tuesday.

The Belarusian KGB (which serves much the same function, and exhibits much of the same behavior, as its notorious Soviet Union counterpart) said on Wednesday that its agents were attacked while conducting a terrorism investigation in a Minsk apartment building on Tuesday night.

The KGB said, using its full name instead of its Russian acronym:

During special measures on checking addresses where persons involved in terrorist activities could be located, an extremely dangerous person opened fire on law enforcement officers from one of the apartments, resulting in the fatal wounding of an officer of the Committee of State Security.

“Upon the lawful request of law enforcement officers, a 31-year-old Minsk resident refused to open the door of the apartment and locked himself in it. He was recording videos for the purpose of hyping on them in the future,” the KGB said. “When the officers broke into the apartment, the man fired a shotgun at law enforcers. As a result, one of them was injured, later, he died of wounds in hospital.” 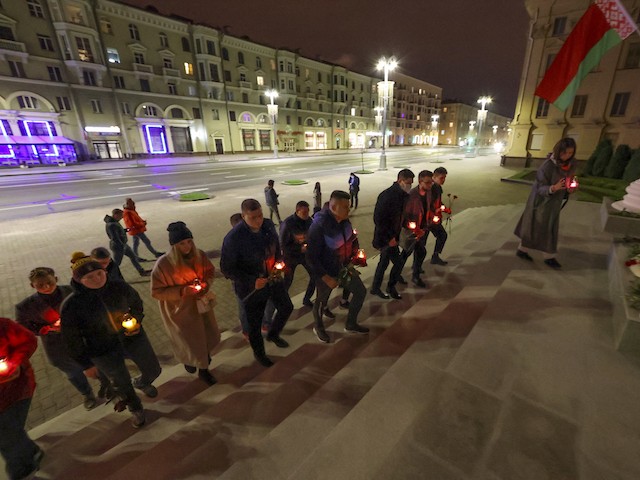 The Belarusian opposition immediately cried foul, identified the man killed in the shootout, and described him as a democracy activist murdered by the Lukashenko regime, as reported by Radio Free Europe (RFE):

Franak Viacorka, a senior adviser to Belarusian opposition leader Svyatlana Tsikhanouskaya, said on Twitter that the man killed was an IT worker with software company EPAM Systems, which is also based in the United States.

“There are so many questions. Andrey Zeltsar, shot by KGB today, was working at one of the biggest Belarus IT companies @EPAMSYSTEMS. He was also reportedly a U.S. citizen. According to his friends, he supported [the] democracy movement in Belarus. His wife has been detained,” Viacorka said. He did not reveal the source of his information.

“The violence must stop! The regime hopes that violence can split society and threaten opponents. But violence cannot be the solution to the crisis. Enough victims. The rule of law must return to the country. Lukashenka must step down,” Viacorka added.

Belarusian journalist Hanna Liubakova accused the KGB of framing Zeltsar as a terrorist to justify killing him:

31-year-old Zeltsar legally kept a gun at home as he was a member of the Belarusian society of hunters and fishermen. He worked at EPAM, the largest IT company in #Belarus. Andrei supported the democratic movement. This is wha propaganda is using now showing him as a "terrorist" pic.twitter.com/CWHspl0ynC

Belarusian state television aired a graphic video of the shooting on Wednesday, which RFE described as “heavily edited” and rather suspicious because of the camera placements and cuts. Opposition activists said the video might have been “staged after the incident occurred,” pointing to inconsistencies like window curtains that seemed to magically rearrange themselves during the shootout, suggesting the scenes were filmed at different times and spliced together.

The KGB confirmed that Zeltsar’s 40-year-old wife was arrested at the scene because she allegedly “filmed the crime and assisted in its commission.”

U.S. Ambassador to Belarus Julie Fisher said the United States is investigating the incident and seeking to clarify whether Zeltsar held U.S. citizenship.

Fisher called the reports of the shooting “disturbing” and said it “appears to provide further evidence of the regime’s disregard for human rights and its willingness to utilize extreme methods to threaten perceived political opponents.” 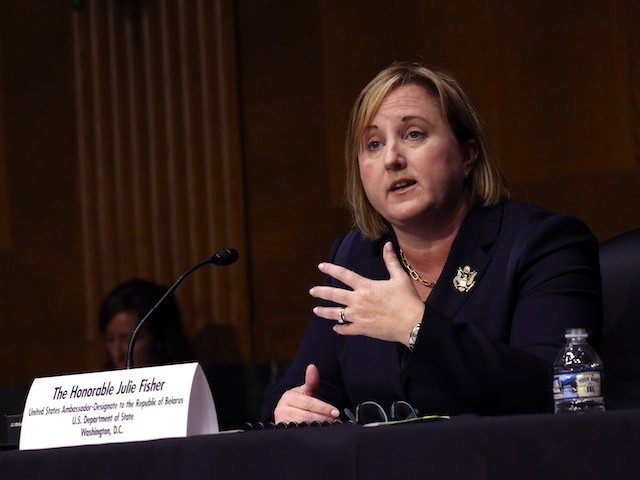 EPAM systems verified to Reuters on Thursday that Zeltsar worked for the company.

“The IT industry was a driving force behind protests after a disputed election last year. EPAM’s Belarusian founder was a signatory to an open letter calling for the release of prisoners following a crackdown on protesters and for new elections,” Reuters noted.

On Thursday, human rights activists reported dozens of arrests across Belarus “on charges of insulting a government official or inciting social hatred” as demonstrations against Zeltsar’s death broke out. The protesters pointed angrily to the Lukashenko regime’s habit of naming its critics and opponents “terrorists.”

The Belarusian Ministry of Information blocked access to several popular news websites on Wednesday, without providing any justification for the action. One of the websites was blocked a few hours after it ran a story about the Zeltsar shooting in which it quoted one of his friends making positive comments about him.