North Korea state media claimed on Wednesday that a hypersonic nuclear-capable missile was successfully tested on Tuesday. The provocative test-launch into the Sea of Japan was previously described by U.S., Japanese, and South Korean officials as a short-range ballistic missile.

Korean Central News Agency (KCNA), the primary state news outlet for the Communist regime, posted a photo of the missile dubbed “Hwasong-8” and claimed it met all of its goals during its test flight, “including the guiding maneuverability and the gliding flight characteristics of the detached hypersonic gliding warhead.”

KCNA said the test fulfilled one of dictator Kim Jong-un’s top priorities for weapons development and increased “the nation’s capabilities for self-defense in every way.”

“I am less persuaded than before that there is a North Korean provocation cycle playbook. This is just North Korea proceeding with their logical process of weapons development and testing. They test because it’s part of their process,” Gordon Flake of Australia’s Perth USAsia Center told the Wall Street Journal on Wednesday. 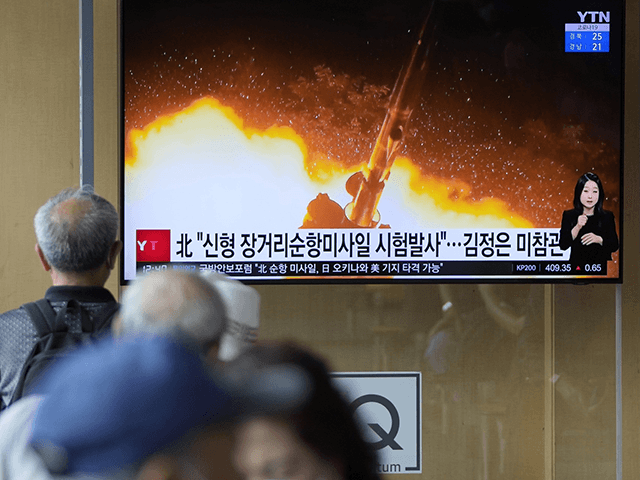 The HAWC missile had to be launched with a rocket booster and then activate a scramjet engine in flight to achieve these speeds at low altitude with the degree of control necessary for precision targeting.

The U.S. Joint Chiefs of Staff (JCS) concurred with South Korea’s assessment of the launch.

“Given the detected speed and other features of the ‘hypersonic missile’ North Korea said it test-fired yesterday, it appears to be at an early stage of development that would require considerable time for actual deployment,” JCS said.

Although none of its emerging missile technologies have been perfected yet, the combination of hypersonic warheads, solid-fueled rockets (which can be fueled and launched much faster than liquid-fueled weapons) and mobile launch systems could combine into major escalation of North Korea’s threat profile.

Taken together, they would give Pyongyang an arsenal of weapons that could be moved around to protect them from preemptive or retaliatory strikes and launched quickly for a surprise attack that would be almost impossible to intercept. 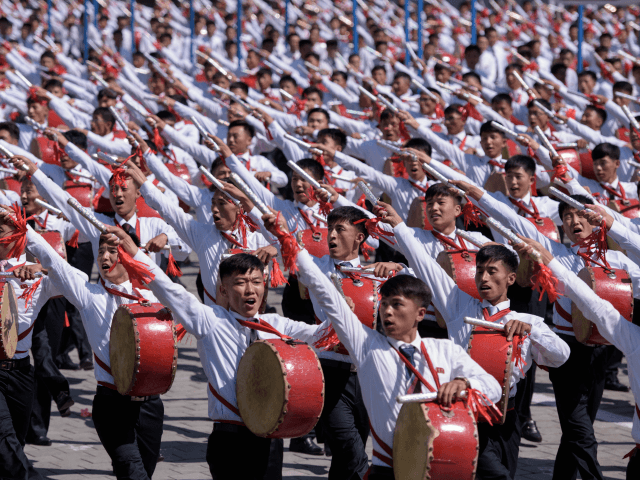 Students march past a balcony from where North Korea’s leader Kim Jong Un was watching, during a mass rally on Kim Il Sung square in Pyongyang. (ED JONES/AFP/Getty Images)

KCNA on Wednesday claimed North Korean technicians have also developed a system for “ampulization,” which would allow their huge inventory of liquid-fueled rockets to be prepped for launch much more quickly and reliably. Ampulization means storing liquid fuel in sealed canisters that can be quickly shipped to launch sites and swiftly inserted into rockets without exposing the weapons to detection or pre-emptive strikes.

South Korean and U.S. officials have lodged complaints against North Korea’s latest missile tests, noting they are illegal under U.N. Security Council resolutions, but have thus far refrained from describing them as major provocations, as both countries are still hoping to persuade Pyongyang to return to the negotiating table. Negotiations are an especially high priority for liberal South Korean President Moon Jae-in as he nears the end of his administration.

“We take reports of any new capability seriously, and as we’ve said, we condemn any illicit missile launches, which are destabilizing to the region and to the international community,” the U.S State Department said.