Hong Kong Secretary for Security Chris Tang on Wednesday commanded the Hong Kong Journalists’ Association (HKJA) to hand over a list of all its members, where they are employed, and how many of them are students. Tang accused the HKJA of “infiltrating” schools and “recruiting” students for subversive activities.

The HKJA is an independent press freedom organization established in 1968. The group maintains it is not financed or directed by any government or commercial enterprise, funding all of its activities through membership dues and fundraising drives. 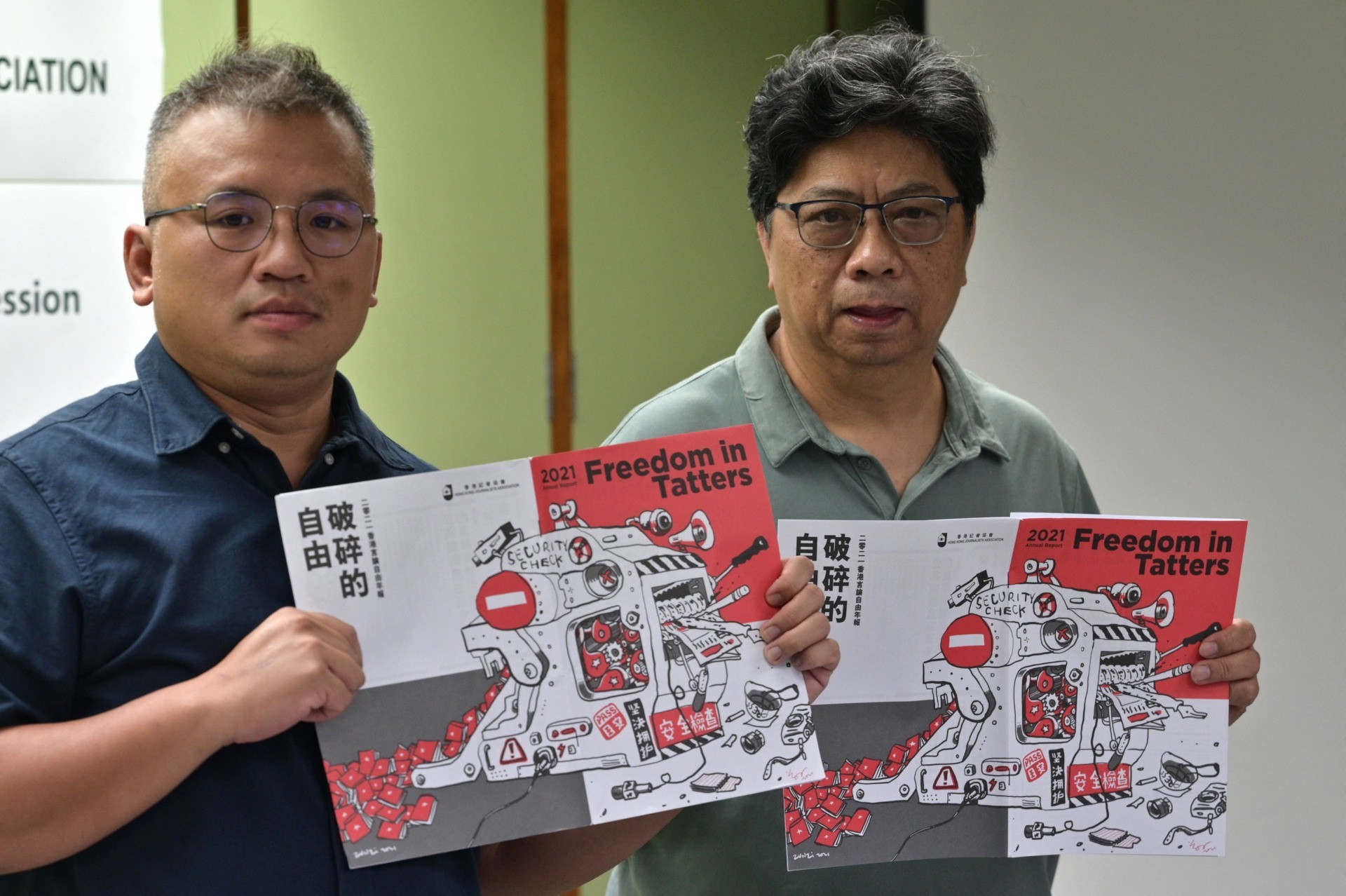 Chairperson of the Hong Kong Journalists Association (HKJA) Ronson Chan (L) and Chris Yeung, chief editor of the annual report, pose during a press conference for the release of the organisations annual report Freedom in Tatters in Hong Kong. (ANTHONY WALLACE/AFP via Getty Images).

Tang gave an interview with a pro-Beijing news outlet called Ta Kung Pao on Tuesday in which he implied the HKJA is a menace to Hong Kong’s stability and a source of political unrest — ominous charges in light of the draconian “national security law” Beijing imposed on Hong Kong to crush the massive 2019 protests and outlaw most political dissent.

In the year since it was enacted, the national security law has been invoked to censor films, shut down major pro-democracy media companies, outlaw Tiananmen Square memorial vigils, break up teachers’ unions, and suppress political demonstrations.

On Tuesday, Tang announced that even more crimes would be devised under the law, which criminalizes anything and everything Beijing’s puppet government views as “subversion, succession, terrorism,” or “collusion with foreign powers.”

In his interview with Ta Kung Pao, Tang railed against independent media outlets for sowing “hatred of the authorities” among young people, and cited the HKJA’s belief that “everyone can be a journalist” as evidence the association is peddling fake news. 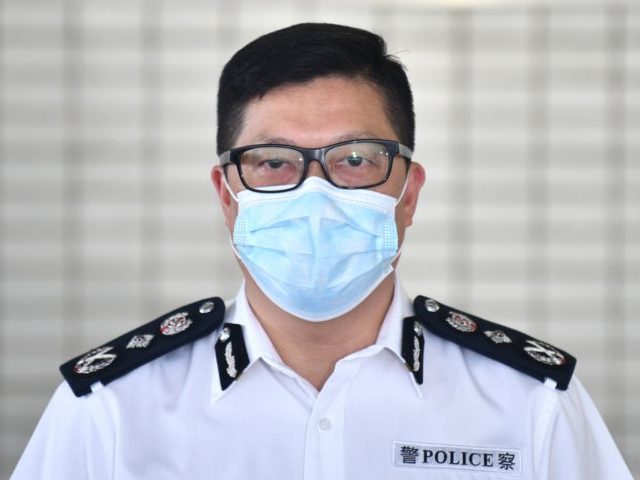 Chris Tang, speaks to the media at the Marine Police Headquarters in Hong Kong. (ANTHONY WALLACE/AFP via Getty Images).

“With executive committee members mainly from a few media outlets and positions filled by many student journalists, it made people question how representative the association is,” Tang said.

HKJA chairman Ronson Chan Ron-sing called Tang’s remarks “strange” and noted that only 60 of his association’s 459 members are students.

The association issued a statement saying the press freedom enshrined in Hong Kong’s Basic Law — the constitution agreed to by China when it took control of the island from the United Kingdom in 1996 — is the reason for believing “everyone can be a journalist,” not some hidden agenda of the HKJA’s leadership.

The HKJA said the keen interest of young Hongkongers in journalism should be taken as a positive sign, and agreed that “all journalists, no matter if they work full time, part time, paid or unpaid, should stay professional.”

Tang was neither mollified nor chastened by the HKJA’s response. On Wednesday he escalated the dispute by demanding public disclosure of HKJA’s financial records and membership list, to discover how many of its members might be lurking in schools and pushing anti-authoritarian politics.

“They should explain, for example, in the past five years, did you visit any school and promote your own political ideas?” Tang said, calling on the HKJA to name its members and “show people which media outlets or schools its members are affiliated with.”

“To alleviate public doubts, the association should also consider disclosing the money it has received in recent years, as well as the sources of that funding, and whether it was donated by foreign political organizations or people with clear political inclinations,” he said.

“We are of the view that Tang’s suggestion is illogical and simply incomprehensible. We hope the secretary can understand that the media agency a member works for is also part of his or her personal data,” the HKJA responded on Wednesday.

“We cannot disclose a member’s personal data without his or her consent,” the association said, arguing that complying with Tang’s demand would involve violating Hong Kong’s privacy laws.

“Tang is a senior official. Is he trying to threaten us or exert pressure on us or just to offer some gentle reminders?” HKJA chairman Ronson Chan wondered.

Chan pointed out that his association files regular financial reports with Hong Kong’s Registry of Trade Unions, so Tang could review them if he really wanted to investigate the group’s funding, rather than making demands in public and insinuating the HKJA has something to hide.