A Taliban spokesman on Tuesday denied rumors that Mullah Abdul Ghani Baradar, recently named deputy prime minister of the Islamic Emirate of Afghanistan, has been killed in a gun battle with a rival Taliban faction.

Taliban spokesman Sulail Shaheen called the rumor “lies and totally baseless” and claimed to be in contact with Baradar. A handwritten note saying Baradar was traveling to Kandahar was photographed and posted online.

Reuters reported the Taliban also released a proof-of-life video that purportedly showed Baradar attending a meeting in Kandahar, but the authenticity of the footage could not be verified.

France24 reported another Taliban spokesman posted an audio message from Baradar, but its authenticity and time of recording also were not independently verified.

“There had been news in the media about my death,” a voice purportedly belonging to Baradar says in the audio clip. “Over the past few nights I have been away on trips. Wherever I am at the moment, we are all fine, all my brothers and friends.”

“Media always publish fake propaganda. Therefore, reject bravely all those lies, and I 100 percent confirm to you there is no issue and we have no problem,” the audio message insisted. 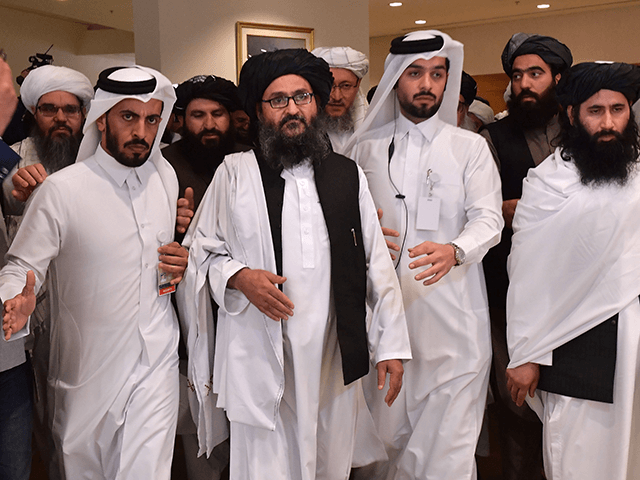 Taliban co-founder Mullah Abdul Ghani Baradar leaves after signing an agreement with the United States during a ceremony in the Qatari capital Doha on February 29, 2020. ( GIUSEPPE CACACE/AFP via Getty Images)

According to Reuters, trouble has been brewing between Baradar and Sirajuddin Haqqani, leader of the infamous Haqqani Network and a terrorist wanted by the FBI and U.S. State Department.

Sirajuddin was named as interior minister in the supposedly temporary “caretaker” government unveiled by the Taliban last week, one of four Haqqani Network terrorists to receive high-level appointments.

The internal conflict within the Taliban allegedly pits “hardliners” with military and terrorist backgrounds like the Haqqanis against diplomatically-inclined leaders like Baradar, who was part of the team that negotiated U.S. withdrawal from Afghanistan. The Haqqanis, who are based near the Pakistani border, also favor closer ties with Pakistani intelligence.

The Deccan Herald cited reports that the head of Pakistan’s infamous Inter-Services Intelligence agency (ISI) “rushed to Kabul” to restore order after Baradar was injured in a clash between his supporters and forces loyal to Sirajuddin Haqqani.

The UK Guardian noted Baradar is one of two senior Taliban leaders to have dropped out of sight recently. The other is Mullah Haibatullah Akhundzada, nominally the supreme leader of the Taliban, who has not been seen in public since August 15. A public statement was “issued on his behalf” when the Taliban government was announced a week ago. 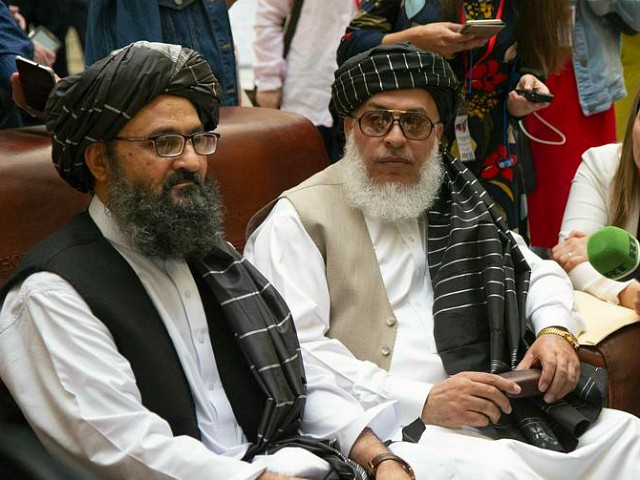 Akhundzada is somewhat reclusive, but the Guardian noted even the cave-dwelling founder of the Taliban, the late Mullah Omar, made more public appearances  and gave more interviews than Akhundzada has made over the past month. When Omar died, the Taliban concealed and denied his passing for almost two years after he went silent.

In the current Taliban hierarchy, Baradar is nominally the number two official after Akhundzada, handling most political and diplomatic functions for the elderly “supreme leader.” Baradar is also the Taliban’s top diplomat, but France24 noted he was curiously absent from the delegation that met visiting Qatari Foreign Minister Sheikh Mohammed bin Abdulrahman al-Thani on Sunday.