After months of stonewalling and intransigence, Iran evaded censure by the International Atomic Energy Agency (IAEA) on Sunday by making the minimal concession of allowing IAEA inspectors to access surveillance cameras at Iranian nuclear sites.

On Tuesday, U.S. officials revealed that Iranian security guards have been physically harassing female inspectors since June, with up to seven incidents kept quiet until now.

“IAEA inspectors are permitted to service the identified equipment and replace their storage media which will be kept under the joint IAEA and AEOI seals in the Islamic Republic of Iran,” the U.N. and Iranian agencies said in a joint statement on Sunday.

“I am glad to say that today we were able to have a very constructive result, which has to do with the continuity of the operation of the agency’s equipment here,” Grossi said. 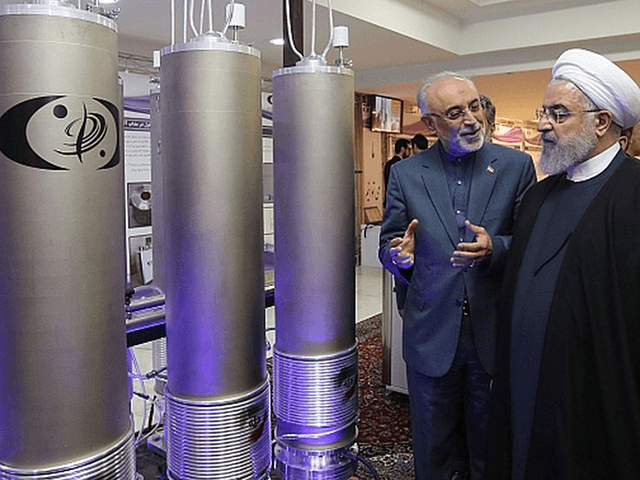 However, the Iranians remain intransigent on a number of other vital issues. The IAEA told member nations earlier this month that Iran has “seriously undermined” nuclear inspections since February, continues to build its stockpile of highly-enriched uranium – far in excess of the limits specified in former President Barack Obama’s 2105 nuclear deal – and is dragging its heels on signing a new monitoring agreement with the United Nations.

The IAEA report also noted that Iranian personnel damaged or destroyed a few of the surveillance cameras, with unconvincing excuses provided for the vandalism.

Most disturbingly, Iran still refuses to explain traces of uranium found at several supposedly inactive and undeclared nuclear sites over the past two years. Grossi confirmed at a news conference in Tehran that he “did not receive any promise” from Eslami to explain these uranium traces, even though the IAEA regards them as a serious issue and says it cannot establish a proper baseline for Iranian compliance with the nuclear deal unless all of its uranium enrichment activities have been accounted for.

Nevertheless, the Biden administration joined France, Germany, and the United Kingdom on Monday in declaring Iran’s minimal concessions were good enough to escape a resolution of censure. The Western powers were clearly looking for an excuse to avoid escalating the dispute with Iran, fearing a critical resolution could have ended all hopes of restoring the nuclear deal.

“Iran played its cards well. The promise to continue high-level discussions on the outstanding issues managed to deflate the pressure for a resolution, even if what Grossi brought back from Tehran was pitifully little,” a diplomat in Vienna told Reuters on Monday. 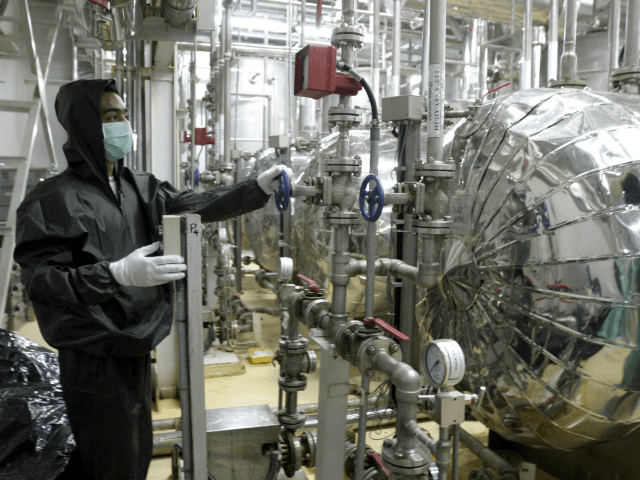 CBS News on Monday noted Iran’s new hardline president, theocrat Ebrahim Raisi, has “made it clear that Iran will not bow to any additional demands of the U.S. or the West.”

Raisi is determined not to “lose face” or “appear desperate or weak” by making any but the slightest efforts to keep the nuclear deal alive, as CBS put it. He also appears to be unmoved by passive-aggressive muttering from the Biden administration that its patience with Tehran’s antics is beginning to wear thin.

Monday’s surrender by Biden and the Europeans on censure will reassure Raisi that he still has the whip hand in negotiations, no matter how much Iran’s economy is suffering under sanctions imposed by President Donald Trump.

On Tuesday, the Biden administration apparently decided to apply a little pressure against Iran by revealing between four and seven instances since June of female IAEA inspectors suffering undescribed but “unacceptable” physical harassment from Iranian security forces.

In a letter to other member nations sent just before the IAEA board meeting this week, the U.S. urged all members to issue a statement that “such conduct is deplorable and must end immediately, and that the Board should take appropriate action if further incidents are reported.”

A diplomat familiar with the incidents told the Wall Street Journal (WSJ) they were more serious than any previously-documented Iranian misbehavior, and included “touching in different places, sensitive places,” plus orders from Iranian guards for the female inspectors to disrobe. 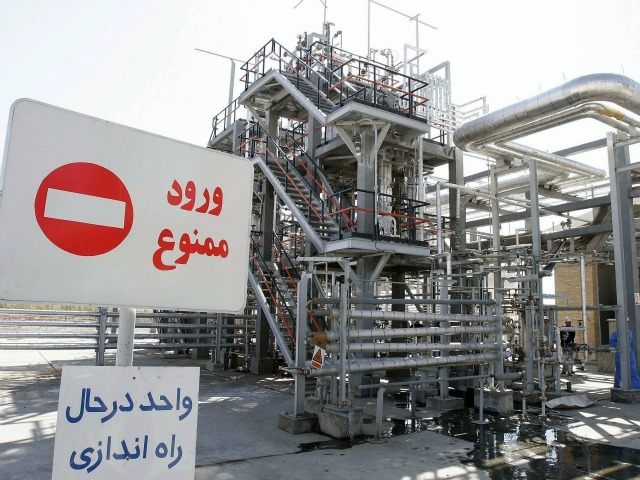 The IAEA indicated it was aware of the incidents highlighted by the U.S. and said it “immediately and firmly raised this issue with Iran to explain in very clear and unequivocal terms that such security-related incidents involving Agency staff are unacceptable and must not happen again.”
The IAEA did not describe the incidents and has never before made them public. The agency said it was satisfied with Iran’s “reinforced security procedures” and seemed confident there would be no further harassment, making it unlikely the Biden administration will get the public statements of condemnation from IAEA board members it requested.