Troops from the U.S.-led coalition in Iraq stationed at the airport in Erbil, capital of the Kurdistan Regional Government (KRG), were attacked on Saturday by drones packed with explosives. One of the drones was able to penetrate the airport’s security perimeter before exploding, but no significant damage or casualties were reported.

A spokesperson for the KRG said flight operations were not hindered by the drone strike, the first drone attack against the U.S. presence in Iraq since early July.

The U.S. consulate in Erbil “strongly condemned” the attacks.

“We support the Kurdistan Regional Government’s investigation to identify those responsible,” the consulate said. “The United States remains committed to supporting the KRG and government of Iraq in their efforts to maintain peace and stability.”

There was no immediate claim of responsibility for the attack, but Kurdish news service Rudaw noted Iran’s Islamic Revolutionary Guard Corps (IRGC), a designated terrorist organization, is using similar “suicide drones” plus airstrikes and artillery to attack Kurdish separatists near Erbil. 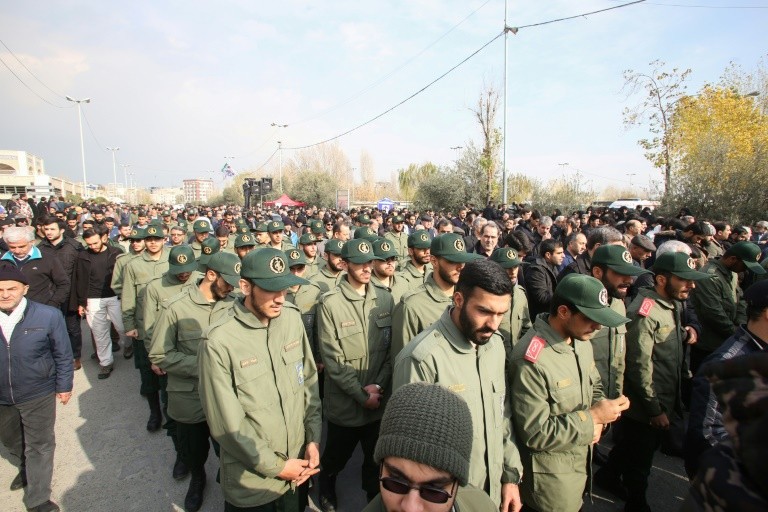 U.S. officials have attributed similar drone and rocket attacks to Iraqi Shiite militia forces loyal to the Iranian regime. The Erbil airport was attacked by explosive drones on several occasions earlier this year.

Col. Wayne Marotto, spokesman for the U.S.-led Operation Inherent Resolve (OIR), told Rudaw in an interview on Sunday that coalition air defenses have proven very effective at spotting and defeating larger Unmanned Aerial Vehicles (UAV), but “the smaller drones are a problem.”

Marotto said the attackers seek to “undermine the authority of the government of Iraq.”

“I don’t believe, at this time, that anyone or any group has taken responsibility for these attacks but it’s obvious that hostile outlawed militia groups continue to attack U.S. and coalition forces. And the coalition is not fighting anyone but Daesh, and we don’t seek conflict with any other group,” he said. “Daesh” is another name for the Islamic State.

Gantz supported his allegations with satellite photography that showed drones lined up on the runways at Kashan, which he called “the cornerstone of Iranian aerial terrorism in the region.”

“Iran has created ‘emissary terrorism’ under the auspices of organized terror armies that help it achieve its economic, political, and military goals. Iran is trying to transfer its knowledge that will enable Iraq, Syria, and Lebanon. Also in the Gaza Strip, to produce advanced UAVs,” he said. 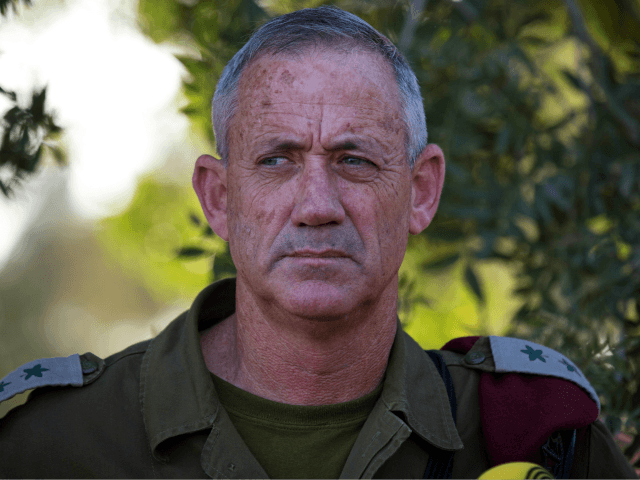 “Iran is investing hundreds of millions of rials in the production and export of UAVs and weapons. It’s doubled its defense budget at the expense of its citizens,” Gantz said, noting the money spent on developing Tehran’s drone weapons could have been spent to purchase “thousands of vaccines” for the Iranian people.