Ethiopian government officials Wednesday accused the rebellious Tigray minority of murdering 120 civilians at a village in the neighboring Amhara region, the first report of a large-scale atrocity since the Tigrayans invaded Amhara.

Meanwhile, Sudan summoned its Ethiopian ambassador to complain about the large number of Tigrayan corpses floating across the border on the Setit River.

These latest milestones in the persistent and brutal Tigray conflict came as the United Nations warned of a massive humanitarian crisis building in Ethiopia. According to the World Food Program (WFP), up to seven million Ethiopians are short on food and facing an imminent hunger crisis, including 5.2 million Tigrayans. By way of comparison, the WFP classifies about 14 million people as “food insecure” in Taliban-ravaged Afghanistan. 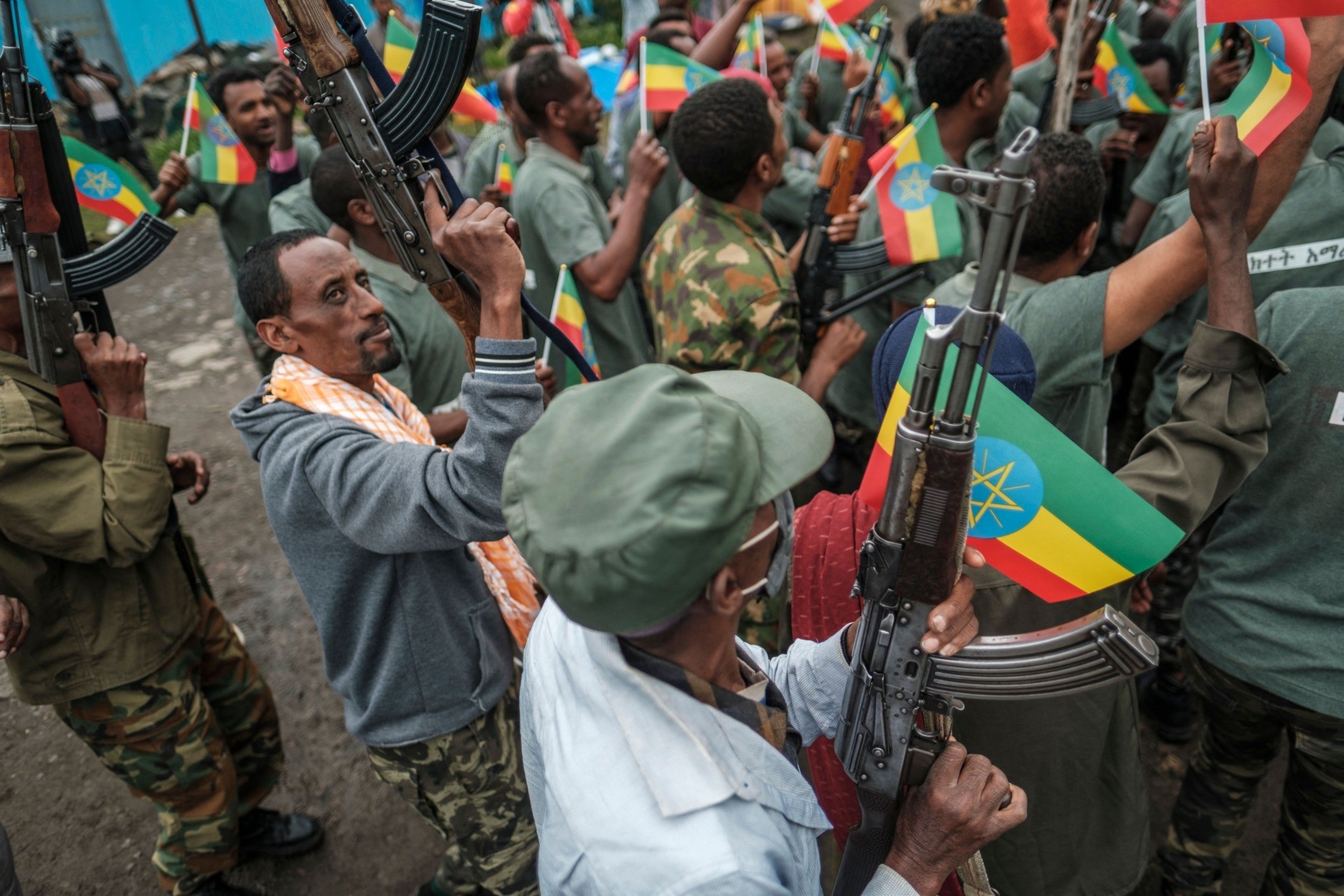 Recruits for reserves of Amhara regional forces, together with members of the Amhara militia, celebrate during their graduation ceremony, in the city of Dessie, Ethiopia, on August 24, 2021. – Long confined to Tigray, the conflict in Ethiopia has recently spread to two neighboring regions, Afar and Amhara, with heavy weapons fire killing an untold number of civilians and displacing hundreds of thousands more. (EDUARDO SOTERAS/AFP via Getty Images).

The long-simmering Tigray conflict erupted into violence last November, when Ethiopian Prime Minister Abiy Ahmed accused the Tigray People’s Liberation Front (TPLF) — a regional militia with Marxist roots — of seizing a military compound and plotting separatist activities. The Tigray were once the most influential of Ethiopia’s many ethnicities, but their power was diminished after Abiy, who hails from a different tribe, came to office with a reformist agenda.

For their part, the Tigray complained of discrimination and mistreatment by Abiy’s government, and were particularly incensed when troops from Eritrea intervened to suppress their insurrection. Abiy won a Nobel Prize for his efforts to end Ethiopia’s long conflict with Eritrea; the TPLF accuses him of using his new Eritrean friends as muscle against them. The Eritrean military has a long history of brutal behavior in the Tigray region, which lies along their border. 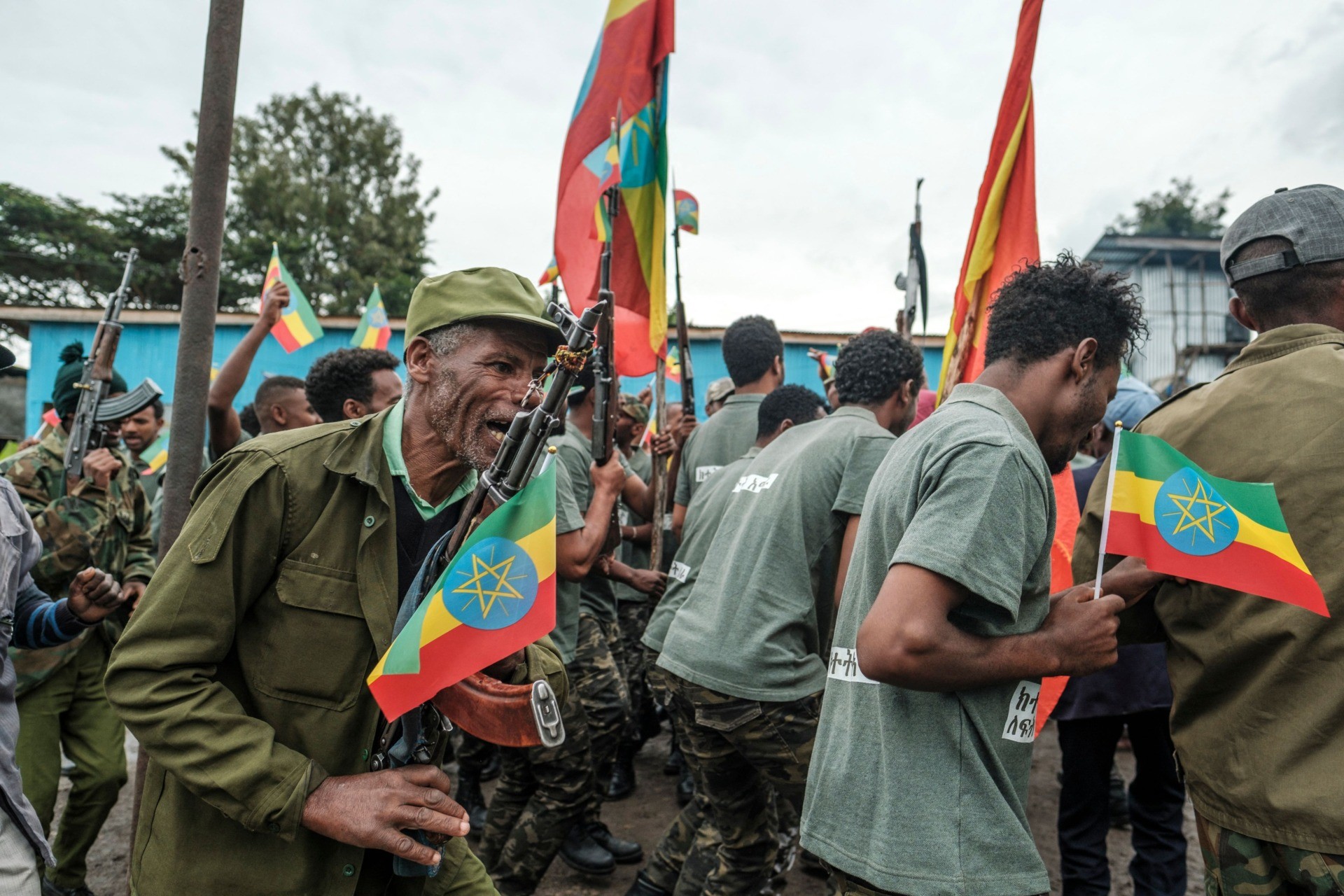 The TPLF rebounded from early losses in their conflict with Abiy’s forces and began conquering territory in the adjacent province of Amhara, which pushed back into Tigrayan territory.

On Wednesday, the Ethiopian government accused TPLF fighters of massacring 120 Amhara civilians on September 1 and 2 in a village about six miles from the town of Dabat.

“So far we have recovered 120 bodies. They were all innocent farmers. But we think the number might be higher. There are people who are missing,” Dabat-based local administrator Sewnet Wubalem said.

Other local officials said the invading Tigrayan forces were driven back by the Ethiopian federal army, which now controls the area, and local militias formed by Amhara villagers at the urging of Prime Minister Abiy. They suggested the village massacre was perpetrated by TPLF fighters as an act of vengeance before they were forced to retreat. 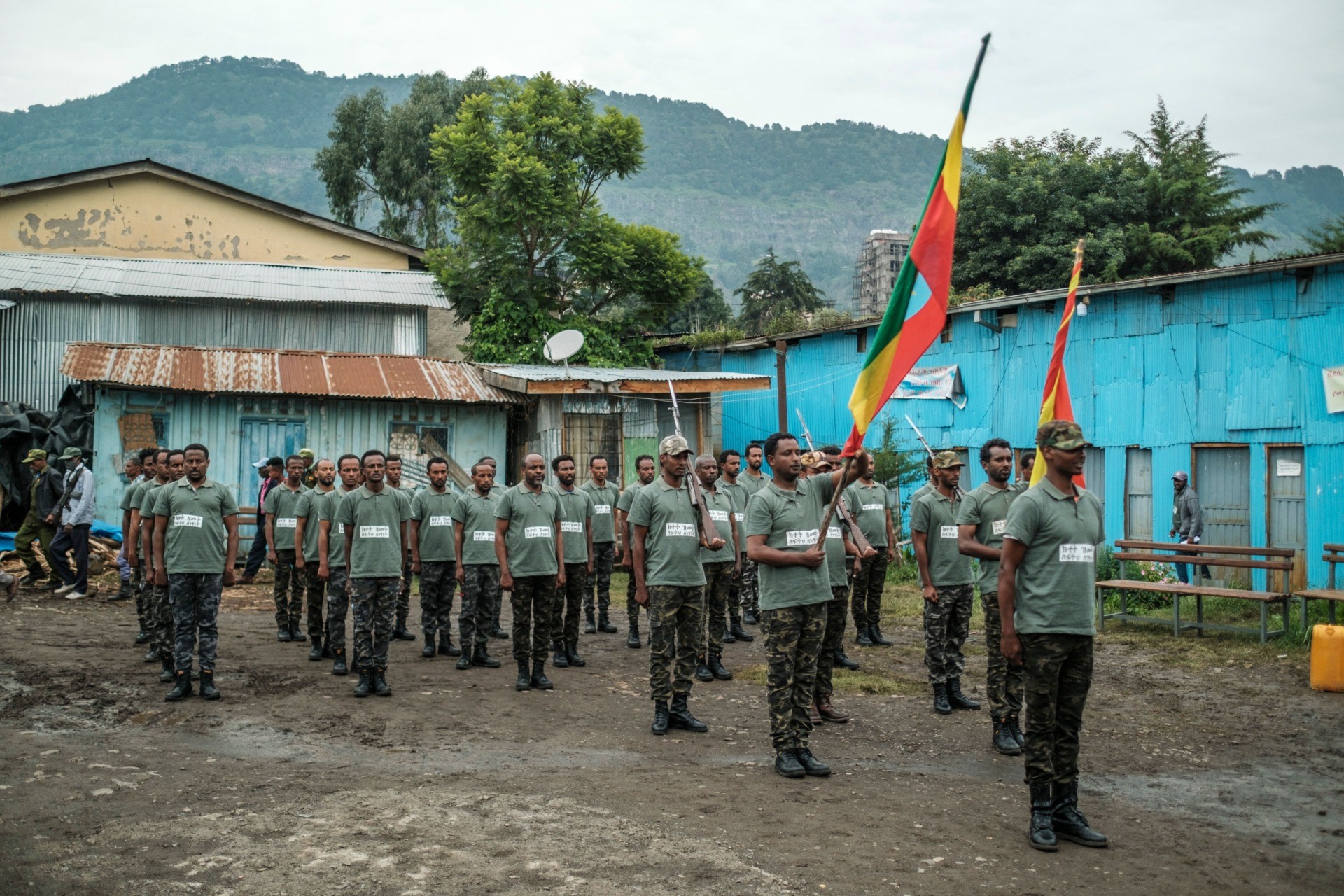 Tigrayan forces denied the reported massacre as a “fabricated allegation” and demanded “an independent investigation into all atrocities.”

Meanwhile, the Sudanese foreign ministry summoned Ethiopia’s ambassador on Tuesday to notify him that 29 Tigrayan corpses were found in Sudan last month along the banks of the Setit River, which runs across the border and is called the Tekeze River in Ethiopia. The Tekeze currently marks the boundary between territory claimed by the Tigrayans and Amhara.

The Sudanese government did not specify how the Tigrayans were killed. A steady stream of bodies has been drifting down the Setit, from which they are usually pulled and identified by Ethiopian refugees living in Sudan.

Sudan is concerned about the Ethiopian conflict spilling across its borders, and has even accused Ethiopian forces of deliberately attempting to destabilize Sudan. Over the weekend, Sudanese officials announced they had seized a cache of weapons from an Ethiopian Airlines plane that landed in Khartoum, darkly implying the guns were “meant to be used in an anti-state crime” by Sudanese terrorists who wished to “impede the democratic transition.”

However, the Sudanese interior ministry later said the weapons were the legal property of a licensed arms trader and were primarily intended for hunting.

The U.N. World Food Program on Monday posted video of the humanitarian crisis developing in northern Ethiopia. The WFP said at least 400,000 people in the region are already living in famine conditions, while the TPLF said on Tuesday that at least 150 Tigrayans have already died of starvation.

The TPLF said there has been a “complete depletion of food stocks” in Tigray and accused the central government of blocking aid shipments, a charge the Abiy government denied.

“One million people are at risk of fatal famine if they are prohibited from receiving life-saving aid within the next few days,” the TPLF claimed. Foreign observers complain that reports and allegations from all sides of the conflict are difficult to verify because phone and Internet service has been blocked to the Tigray region.

The WFP said on Sunday that a hundred of its trucks were able to reach the Tigray capital of Mekelle with the first delivery of food aid in several weeks.