Radio Free Asia (RFA) reported on Monday evening that a mysterious post appeared on a social media account belonging to Wuhan whistleblower Dr. Ai Fen within a few hours of the 60 Minutes Australia report that said she had disappeared.

Weibo is a Chinese microblogging site similar to Twitter, which the authoritarian regime has banned for ordinary Chinese citizens, although government operatives have no trouble using it to spread propaganda through the outside world and harass critics of the Chinese Communist Party (CCP).

The post that appeared on Weibo under Ai’s name consisted of a photograph taken along Jianghan Road in Wuhan, the city where the coronavirus outbreak began, and where Ai was head of emergency services at a major hospital prior to her disappearance. The photo was accompanied by the caption, “A river. A bridge. A road. A clock chime.” 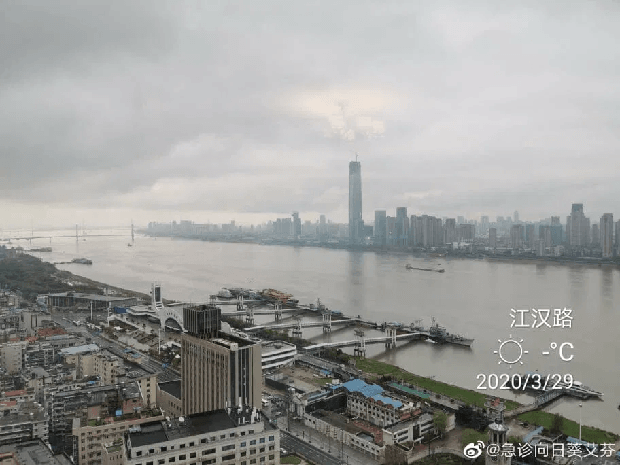 RFA said it has not been able to “verify Ai’s whereabouts independently” or communicate directly with her.

“Detainees in police or other official custody have been known to have their social media accounts updated, either by themselves acting under orders from the authorities, or after police gain access to their devices,” the report noted.

RFA also ominously observed that Ai’s photo has been surgically removed from the cover of China’s People magazine, where she was once celebrated as an early responder to the coronavirus epidemic.

News website Gript also said it has been unable to contact Ai since the 60 Minutes Australia report aired. “According to her social media accounts she is scheduled to appear at an online conference this Thursday,” Gript noted, promising an update if Ai makes her planned appearance.