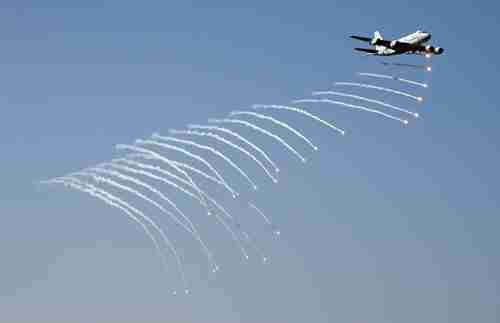 According to Japan, on December 20, a South Korean warship locked its fire-control radar onto a Japanese patrol plane, as if preparing to shoot it down. Japan made a formal protest to South Korea, claiming that it was a “hostile act.”

South Korea says that it was a maritime search and rescue operation, with naval forces and supporting coast guard vessels and that any radar that was used was only ship-to-ship between Korean vessels. Japan rejected this explanation.

South Korea then demanded that Tokyo offer a “smoking gun”: its analysis of radar frequency data to verify whether the destroyer sent the warplane any signals from its tracking radar. Tokyo rejected the call, saying it will not offer sensitive information on its “operational capabilities.”

Then, on December 28, Japan released a 13-minute video of the interior of the patrol plane at the time of the incident, where a crew member remarked on the plane’s systems picking up an “extremely strong” reading.

South Korea became more aggressive, urging Japan to apologize for the patrol plane’s low-altitude flight, which was “threatening” to the South Korean warship, and criticized Tokyo’s “unilateral, misguided” claims. South Korea then released its own video, saying that it refutes Tokyo’s arguments.

Now, on Saturday, Japan indicated that on Sunday it might release an audio recording of its crew at the time of the incident. South Korea is accusing Japan of planning to use it to “distort the facts” and release “incorrect” information.

Memories of World War II are still very raw between the two countries and, now that the WW II survivors are gone, younger generations are seeking revenge. Japan colonized Korea from 1905 to 1945 and used Koreans as “comfort women” during the war.

In 2015, Japan and Korea concluded a bilateral agreement which was intended at the time as the “final and irreversible” resolution of the comfort women issue. However, South Korea is now demanding that issue be reopened.

Another issue is that last year, because of the “charm offensive” between North and South Korea, South Korea’s military canceled the purchase of a number of weapons whose purpose was to defend against a North Korean invasion of Seoul. The Japanese view this as an opportunity to redirect those funds towards weapons systems that can be used against the Japanese.

The “radar lock” issue started out looking like something really trivial, but as time has passed, tensions on both sides have rapidly escalated, and the probability that the controversy or some other misunderstanding could lead to a wider conflict is increasing. Japan Times and Yonhap (Seoul, 1-Jan) and Diplomat (12-Jan) and Defense News (17-May-2018)

I am suspending daily World View articles because most of the work on generational theory has been completed and because the best use of my time right now is to concentrate on finishing up my book on China.

Since 2003, I have posted over 6,000 articles on my website, all of them well-sourced through multiple sources and non-ideological. There is no “fake news” in any of them.

My work in the last ten years has been groundbreaking, on the behavior of how a country acts in the decades after a major civil war, a generational crisis civil war. This is a breakthrough on analyzing and predicting the behavior of the population, the generations, and the politicians, and showing how these nations all act pretty much the same as each other, though differently from countries after a major external war (invading or being invaded).

Generational Dynamics now provides the tools to government officials, historians, journalists, and geopolitical analysts – if they want to use them – to correctly analyze what is happening in the world, what will happen next, and what the likely outcome is of different policy decisions. No other analytical tools, besides Generational Dynamics, have ever provided successful predictions at this level of accuracy and usefulness.

For most countries, the last generational crisis war was World War II. But that is not true for all countries. Many countries were relatively untouched by WWII and had crisis wars at other times.

Many African nations (e.g., Kenya, Nigeria, Cameroon, Algeria, etc.) had crisis wars in the 1950s-60s related to their individual wars of independence from colonialism. Some non-African countries (Burma/Myanmar, Indonesia, Bangladesh) did as well. Many Middle Eastern countries had a generational crisis during the World War I time period, and then cycled into a new crisis war in the 1970s-90s (Iran, Iraq, Syria, Lebanon, Yemen, Afghanistan). Some countries (Saudi Arabia, Mexico, Morocco, Turkey, Russia) have not had generational crisis wars for a very long time, and studying those has produced significant discoveries about suicide bombers and terrorists. The most recent generational crisis wars were in Central African Republic, Darfur (Sudan), and Sri Lanka.

Writing about these nations has provided a wealth of opportunities to make comparisons. For example, both America in the 1960s and Iran in the 2000s were in their respective generational Awakening eras. By doing detailed social and political analyses, one can find similarities (student demonstrations, anti-government protests, a social “generation gap” between survivors of the war and those growing up afterwards) and differences (occasional low-level violence versus major violent government crackdowns, using torture, rapes, beatings, and arbitrary jailing). Where differences exist, it is not in kind, but in intensity.

During my research in the past 15 years, I have done many tens of thousands of such analyses and comparative analyses, systematically comparing and contrasting social and political behaviors of different countries at different times in history and during similar or different generational eras. Of these, I have written thousands of articles about them and documented conclusions. Starting in 2010, I began writing an article every day, and I have written thousands of article since them. This has allowed me to thoroughly document generational theory research and how it is applied to hundreds of countries over many centuries, with the result that, in many ways, development of generational theory is now near-completed and empirically proved.

However, there has been a problem. Each time I write about a country, I have to say the same things over and over, with only the details changed. So, for example, when I write about Cambodia, I talk about the 1970s Killing Fields genocide and how it has affected Cambodian society since then, through Recovery and Awakening generational eras in a predictable way. So when prime minister Hun Sen commits each horrific new atrocity, the only real difference between one article and the next is the nature of the new atrocity. The core generational analysis of Cambodia remains the same. This has gotten really boring to write over and over and also boring to read and, of course, I do not get paid for these articles, and so it is hard to see anymore what the point is of writing boring unpaid articles every day under those circumstances.

What do people gain from all their labors at which they toil under the sun? Generations come and generations go, but the earth remains forever.

The sun rises and the sun sets, and hurries back to where it rises. The wind blows to the south and turns to the north; round and round it goes, ever returning on its course. All streams flow into the sea, yet the sea is never full. To the place the streams come from, there they return again. All things are wearisome, more than one can say. The eye never has enough of seeing, nor the ear its fill of hearing.

What has been will be again, what has been done will be done again; there is nothing new under the sun.

Is there anything of which one can say, “Look! This is something new”? It was here already, long ago; it was here before our time. No one remembers the former generations, and even those yet to come will not be remembered by those who follow them. — Ecclesiastes I.

On the other hand, the book that I wrote on Iran last year was a very interesting project and is the best book available today for those who wish to understand Iran, the history of Islam, and the nature of the Sunni-Shia split.

Iran’s Struggle for Supremacy: Tehran’s Obsession to Redraw the Map of the Middle East.

I am now working on a great book on China which is also a very interesting project, and the best use of my time right now is to complete that book, as well as possibly one more. We are headed to a world war with China, possibly very soon, and I have already done a great deal of historical research on China to determine why China’s leadership is so paranoid, barbaric, and incompetent, how they have completely lost their own Mandate from Heaven, why China’s hard-working citizens tolerate these worthless barbarians, and what sequence of events is likely to occur in the next few months.

So I am suspending the daily World View articles, but I will still write occasional articles every few days, when a news event occurs that I would find interesting to analyze. Hopefully, these less frequent articles will be more interesting to read, as well. I might also post brief items on the Generational Dynamics forum. We will experiment and see what happens and how this works out.

I know that not having me around every day will be a cause for celebration among Russian trolls and Bashar al-Assad acolytes, and I hope you enjoy your champagne. For everybody else, thank you for reading my articles, and I welcome questions and comments through my GenerationalDynamics.com web site or the Generational Dynamics forum.