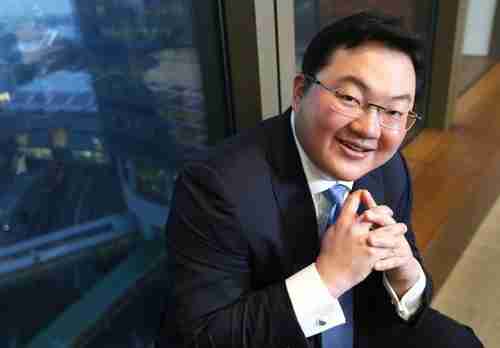 The fund was supposed to attract global investors to finance infrastructure and other economy-linked deals in Malaysia. Unfortunately, the fund was unsuccessful at attracting investors, but it did attract a lot of debt – $12 billion by 2016.

A great deal of that $12 billion was misappropriated to finance spending sprees by corrupt officials and their associates. An estimated $4.5 billion was misappropriated from 1MDB by high-level officials and their associates between 2009 and 2014, according to the U.S. Department of Justice. $681 million landed in Najib’s personal bank account. Billions more were diverted into personal accounts disguised to look like legitimate businesses, and some was kicked back to officials. The money was spent on things like real estate, jewelry, a luxury yacht, a Hollywood movie (The Wolf of Wall Street), casinos, champagne, and “Dustheads,” a painting by U.S. artist Jean-Michel Basquiat.

Of the $12 billion in debt, much of it was arranged by Goldman Sachs. Between 2012 and 2013, Goldman arranged three bonds worth $6.5 billion for 1MDB with fees totaling $593 million. Malaysia has made criminal accusations against Goldman and two employees for defrauding investors and is suing to recover the fees. Goldman denies the charges.

Questions arose about the fund’s transparency and performance as early as 2010. Suspicions about 1MDB began as early as 2013 when it asked for a six-month extension to file its annual report. The company had changed its auditors on three occasions at this point, furthering suspicions. But international exposure became more pronounced in 2015 when 1MDB’s bonds, then worth around $12 billion, were downgraded to junk status by ratings agencies Standard and Poor’s and Fitch.

With 1MDB close to bankruptcy in 2016, prime minister Najib Razak turned to Low Taek Jho, popularly known as Jho Low, an international investor and bon vivant born of a wealthy family in Malaysia who had spent years embezzling and laundering billions of dollars in America, Europe, and Asia. Jho Low had advised in the creation of 1MDB but did not hold a formal position in the fund.

Low was known since the 2000s in financial circles, but he began to have star quality when he dated Miranda Kerr, an Australian supermodel and former Victoria’s Secret model. He wooed her by giving her a $1.3 million diamond necklace on Valentine’s Day in 2014 and followed it up with more jewelry obtained through money laundering energy deals and through 1MDB.

A few weeks later, at a party for Kerr’s thirty-first birthday, Low hired out a venue on Chelsea Piers in New York for a nineties-themed party and flew in Salt-N-Pepa, Mark Morrison, and Vanilla Ice to perform. Jamie Foxx was on hand to emcee, and Leonardo DiCaprio and Swizz Beatz were among the hundred or so invitees.

Low had attended London’s Harrow School and had studied at Wharton’s business school, so it was natural that Najib Razak would turn to him when 1MDB neared bankruptcy in 2016.

Low has been painted by U.S. prosecutors as a central figure in the 1MDB scandal. In December 2018, Malaysian prosecutors charged him with receiving more than $1 billion from the state fund in 2009 and 2011, adding to the eight counts of money laundering charges he was slapped with in August.

He is currently an international fugitive, believed to be hiding out under the protection of China. Through his public relations agency, he issued a statement on Tuesday saying, “The article is a selection of half-truths, mixed in with fiction, to create a misleading and oversimplified narrative that has been peddled by a morally-bankrupt Mahathir regime to advance its failing political cause,” referring the current prime minister Mahathir Mohamad. Business Insider (19-Sept-2018) and Bloomberg (12-Dec-2018) and Business Insider (2-Jan-2019)

Malaysia’s 1MDB scandal has been called the biggest financial scandal in the history of the world. It involved corruption at the highest levels of Malaysia’s government, channeling billions of dollars provided by China in 1MDB infrastructure projects into the private accounts of Malaysia’s Prime Minister Najib Razak.

Now a new report by the Wall Street Journal alleges that the scandal also involved the highest levels of China’s government, including Xi Jinping and his prime minister, Li Keqiang.

In 2016, Najib turned to Jho Low to negotiate the deal with the Chinese. Low set up meetings between Chinese and Malaysian officials where the details could be worked out. According to documents examined by the Wall Street Journal:

These investigations would have been blocked if Najib were still prime minister. But Malaysia and the world were shocked last year when Najib unexpectedly was not reelected. ( “31-May-18 World View — Malaysia shocked when 92-year-old Mahathir Mohamad becomes prime minister”)

China’s embassy in Kuala Lumpur denies that it had anything to do with the 1MDB scandal, saying that it adheres to a policy of non-interference in the domestic affairs of other countries:

China never attaches political conditions on our cooperation with other countries. We promote the ‘Belt and Road’ initiative under the principles of wide consultation, joint contribution and shared benefits, with an aim to pursue shared development and prosperity. We do not accept any groundless accusations made against China.

This is laughable. China has already acquired or is about to acquire ports and other assets in several countries – Sri Lanka, Democratic Republic of Congo (DRC), Ghana, Kenya – through its “debt trap diplomacy.” Several other countries, including Pakistan and the Maldives, are at risk. Malaysia is still at risk, as well.

Furthermore, China lies about everything. China has repeatedly lied about the South China Sea, claiming that there were no plans to militarize it, and now the South China Sea is bristling with Chinese military bases and weapons, and the Chinese are threatening anyone who passes through, even though the United Nations Hague Tribunal has declared that China’s activities are illegal. The statement says, “We do not accept any groundless accusations made against China,” but fortunately all these accusations are fully grounded. Channel News Asia and Malay Mail and South China Morning Post (Hong Kong) and Malay Mail and Malay Mail