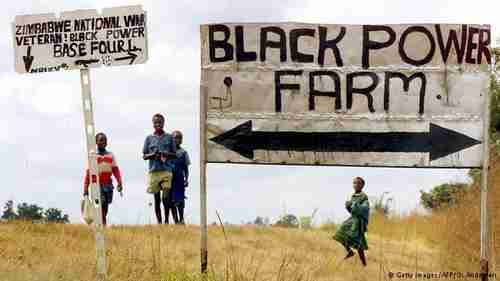 Early Friday morning the Zimbabwe Electoral Commission (ZEC) declared incumbent Emmerson Mnangagwa the winner of Sunday’s presidential election with 50.8% of the vote — just enough to avoid a run-off against Chamisa, who received 44.3% of the vote.

Chamisa declared the result fraudulent, and urged his supporters to hold peaceful protests, avoiding violence. However, a Chamisa press conference was broken up by government riot police. On Wednesday, the army opened live fire on protesters in the capital city Harare, killing six people.

Whether or not the election was fraudulent, these and other acts of post-election violence by government security and military forces against protesters are raising concerns in the international community that Zimbabwe is not a stable country, and that therefore commercial investments in Zimbabwe are too risky.

Mnangagwa repeatedly made it clear during the campaign that he wanted the election to be fair and free of controversy, specifically so that international investors would help boost Zimbabwe’s collapsing economy.

Zimbabwe’s disastrous economy is blamed on tribal and racial violence by Mnangagwa’s predecessor Robert Mugabe. Mugabe’s Shona tribe conducted genocide against the hated Ndebele tribe, killing tens of thousands, and marginalizing them ever since. Then he conducted racial warfare starting in 2000 by confiscating hundreds of farms owned by white farmers, and turning them over to his Shona cronies who didn’t know how to run a farm. A lot of the racist confiscation was performed through “land invasions,” where a group of Shona tribesmen would invade a white-owned farm, throw the white farmers off the farm, and confiscated through force.

The result was an economic disaster that changed Zimbabwe from the breadbasket of southern Africa into a basket case. The currency collapsed with an inflation rate over 231 million percent, as people were forced into starvation. Mugabe continued his “indigenization” program by confiscating commercial businesses and turned them over to Shona cronies who didn’t know how to run businesses.

During this year’s election campaign, Mnangagwa actually acknowledged Mugabe’s disastrous policies by attempting to woo white farmers with promises to return some of their land.

Mnangagwa conceded that much of the land stolen from white farmers had been given to powerful politicians, soldiers or tribal leaders who knew little or nothing about farming:

“I know of some chiefs who have moved from one farm to another. Then they run it down. Then he leaves that farm and he is issued another one. He runs it down. That time is gone.”

Now that Mnangagwa has been declared winner of the presidential election, he has to find a way to get international investors to invest in Zimbabwe. And this will have to be done with actions, not promises. Whether he can do that remains to be seen. Zimbabwe Mail and Deutsche Welle (7-Jul)

South Africa’s president Cyril Ramaphosa, leader of the governing African National Congress (ANC) political party, made a surprise announcement on Tuesday that the ANC would go ahead with aggressive plans to confiscate white-owned farms without compensation:

“The ANC reaffirms its position that the Constitution is a mandate for radical transformation both of society and the economy.

It has become patently clear that our people want the Constitution to be more explicit about expropriation of land without compensation, as demonstrated in the public hearings. …

Accordingly, the ANC will, through the parliamentary process, finalize a proposed amendment to the Constitution that outlines more clearly the conditions under which expropriation of land without compensation can be effected.

The intention of this proposed amendment is to promote redress, advance economic development, increase agricultural production and food security.”

Blacks claim that farmland was owned by whites during the apartheid era, but since South Africa achieved independence in 1994, blacks own very little farmland, while whites own massively more. In 1994, the ANC promised to expropriate 30% of the white-owned farms “with just and equitable compensation,” as provided for in the constitution, and redistribute that land to black farmers.

However, 25 years later, the government has acquired only 7.9% of the white-owned farms, and even those have mostly not been redistributed to blacks. Therefore, there have increasingly belligerent demands within the ANC to take action to confiscate white-owned farms. Furthermore, rather than have the ANC provide “just and equitable compensations,” the new constitutional amendment will permit confiscation with no compensation whatsoever.

This is exactly the policy that Zimbabwe followed, and in fact confiscation with no compensation opens the way to the same kinds of “land invasions,” where blacks invade a white-owned farm and throw the white farmer out. The result that the value of the South African rand currency has been falling sharply since Ramaphosa’s announcement.

Ramaphosa, of course, is just another ordinary politician making a campaign promise in advance of next year’s election. Ramaphosa made the completely empty promise to “advance economic development, increase agricultural production and food security,” even though he has absolutely no clue how to do that and, in fact, the Zimbabwe experiences indicates that the outcome will be disastrous.

The ANC have been forming committees and holding meetings for over a year on the question land confiscation without compensation, but they still haven’t even come up with a description of how the land confiscation would work. Questions that they’ve been unable or unwilling to answer include the following:

Even under the most benign circumstances, why would a black farmer with no experience as a farmer do anywhere near as well as a white farmer who has been farming for decades? He won’t.