In President Trump’s remarks before the National Prayer Breakfast last week, he spoke movingly about the plight of “millions of people in Iran, Cuba, Venezuela, North Korea, and other countries [who] suffer under repressive and brutal regimes. America stands with all people suffering oppression and religious persecution.”

Mr. Trump then recalled the unforgettable image from his State of the Union address when a Christian defector from North Korea, Ji Seong-ho, held up symbols of such repression – two crude crutches from his horrific experiences in his homeland:

Before his escape, when Seong-ho was being tortured by North Korean officials, there was one thing that kept him from losing hope: Over and over again, he recited the Lord’s Prayer. He prayed for peace, and he prayed for freedom. And now, as you know, Seong-ho is free and a symbol of hope to millions of people all around the world.

With these two references, Donald Trump affirmed his administration’s commitment to religious liberty in the face of evil worldwide. Unfortunately, admirable as such statements are, they are not enough.

In particular, something must be done to reduce and, if possible, to halt the persecution of Christians who have, according to Open Doors USA, lost more of the faithful to persecution in the last century than occurred during all the years since Christ’s time combined. Today, one in twelve followers of Jesus Christ is being persecuted.

As the President suggested, such persecution is not occurring in just one country. It is a global problem. A World Watch List produced by Open Doors has identified 50 nations in which a total of 215 million Christian believers face “heavy persecution.” What is more, the oppression, torture, expulsions, rape, and mass liquidation of Christians have many perpetrators, not just one ethnic or religious group. And they are literally getting away, in some cases, with murder.

Americans can no longer stand idly by as such horrors are inflicted upon innocent men, women, and children. We have had entirely too much of the official practice of, at best, paying lip service to the need to do something about the persecution of Christians and, at worst, pretending it’s not happening, or at least that the carnage is not our problem if it can’t be ignored.

To its credit, the Trump administration has made several moves in the right direction. For example, Vice President Mike Pence has joined the President in making clear their firm support for believers. In addition, the U.S. government has ended the self-defeating practice of giving U.S. aid intended to help Christian victims of persecution to the UN. Instead, the money now is supposed to flow directly to the victims, greatly reducing the chances that those taxpayer dollars will go astray.

Still, the bulk of the heavy lifting in alleviating such suffering is performed by private sector groups, often in the same dangerous places where Christians are being brutalized. They deserve our strong financial, physical, and moral support.

But something more is needed, as well. And a new coalition is launching today to provide it.

The Save the Persecuted Christians (STPC) Coalition is made up of scores of leading clerics, other prominent individuals, and non-governmental organizations determined to raise the awareness of the American people and their elected officials to the magnitude of these crimes against humanity. Members of this informal team, of which I am proud to be one, seek moreover to mobilize the public to action – both for the purpose of assisting those doing vital humanitarian relief in the field and to expose and hold accountable those responsible for the persecution.

Toward these ends, the STPC Coalition has taken a page out of the playbook of a campaign begun over five decades ago to save Soviet Jewry. It began with a few signs outside of synagogues and churches across the country. Student activists, community leaders, and ultimately veto-proof bipartisan majorities in both houses of Congress translated the movement precipitated by such signage into a statute championed by the late Democratic Sen. Henry M. “Scoop” Jackson and known as the Jackson-Vanik amendment. (See Henry M. Jackson: A Life in Politics, by Dr. Robert Kaufman, pp. 266-283.)

That amendment prevented the USSR from obtaining most-favored-nation (MFN) status unless it allowed free emigration, something the Kremlin adamantly refused to do. Without the financial safety net that MFN would have provided, the Soviets were ripe for the sort of economic warfare that President Reagan ultimately waged as part of his comprehensive strategy for destroying the “Evil Empire” enshrined in the 1983 National Security Decision Directive 75. The rest, as they say, is history.

Starting today, churches and synagogues nationwide will display on their grounds banners like this: 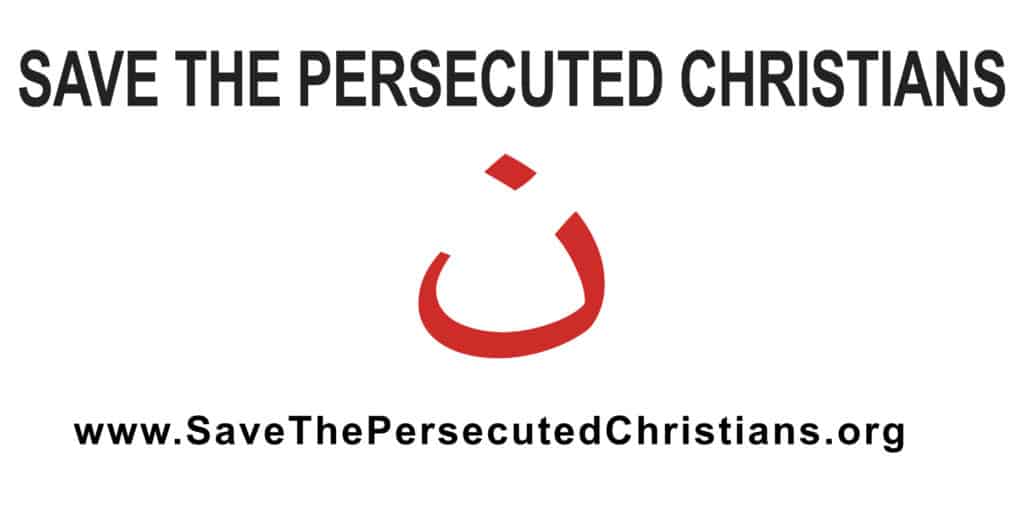 We hope and pray that from this modest beginning will spring a national movement that will ultimately accomplish a feat no less extraordinary than that achieved by the Free the Soviet Jews campaign: an end worldwide to the persecution of Christians.