Pakistan celebrates its 70th birthday, wondering what Pakistan is 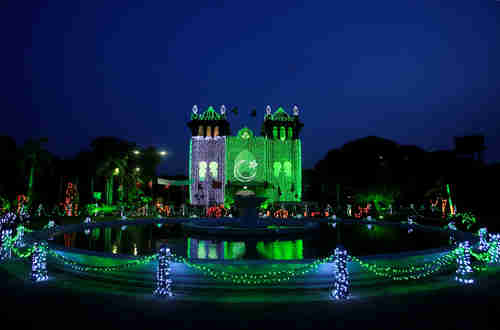 August 14, 1947, was the day that the state of Pakistan was created, the result of splitting the Indian subcontinent into two states, India and Pakistan. The concept devised by the two founders, Hindu leader Mahatma Gandhi and Muslim leader Muhammad Ali Jinnah, was that people of the two religions would live separately, and so at peace.

India was to be a secular state, albeit with a Hindu majority, but what was Pakistan to be? Another secular state? What is Pakistan?

Jinnah in 1947 must have looked at Saudi Arabia and Turkey as examples of Muslim states. Turkey was a Sunni Muslim majority secular state, while Saudi Arabia was a Sunni Muslim majority Muslim state. Apparently, Jinnah did not like either of those examples. He did not want Pakistan to be a secular state like Turkey because then it would be just another India, but he also did not want Pakistan to exclude other religions, as Saudi Arabia does.

The result today is that Pakistan still does not know what kind of state it is. It is a Sunni Muslim state, but it still has a sizable Shia Muslim minority, and smaller minorities of other religious faiths, including Sufis and Ahmadis, which are Islam spinoffs, and Christians.

The vast majority of Pakistanis are accepting of all of these religions, but there is a significant minority that support terror groups associated with Tehrik-e-Taliban (TTP, Pakistan Taliban) that want to exterminate the other religions, particularly the Shias, the Sufis, and the Ahmadis, and conduct frequent terror attacks on their mosques, their schools, and their markets.

Many Pakistanis blame Jinnah himself for these problems, for allowing the seeds of these problems to be sown in 1947, rather than finding a way to prevent.

However, what Jinnah did not foresee – what nobody foresaw, not the Britons, not Gandhi, nor Jinnah, nor anyone else – was the Partition War that followed. Since this war was so unexpected, it is almost impossible to believe today not only that it occurred, but how incredibly bloody it was, filled with all kinds of sadistic atrocities by both Hindus and Muslims, including mass murder, mass rapes, burning down entire villages, mass slaughter, and forced migration.

One thinks of World War II ending in 1945, but not for Pakistan and India. The Partition War of 1947-48 was at least as bloody and horrific as any battle of the world war that proceeded it, resulting in two million people killed and over ten million displaced from their homes.

Pakistan since then has been completely haunted by the Partition War. Pakistanis want to blame India, but they know that they are to blame as well. Officially, Pakistan wants to live in peace with India, but large segments of the government, particularly the army, anticipate a new war with India, often in revenge for the Partition War. Living with such schizophrenia, no Pakistani prime minister in 70 years has ever completed the full five-year term described by the constitution. Every prime minister has been thwarted by assassination or a coup. Just in recent weeks, Pakistan’s Supreme Court ordered prime minister Nawaz Sharif to step down because of unproven allegations of corruption, and now Pakistan has a new acting president, Mamnoon Hussain, until elections are held next year.

By the way, my understanding is that the name “Pakistan” is a hybrid. It was formed in the 1930s from the name of the largest region, Balochistan, by removing the “Baloch” part, and replacing it with P for Punjab, A for Afghanistan, and K for Kashmir. A later interpretation of the name says that I is for Indus, S is for Sindh, and T is for Turkestan, leaving only the “AN” as the remains of the original name, Balochistan.

Today, Kashmir is an open sore in the India-Pakistan relationship. The worst fighting in the Partition War was in Punjab Province, which contains Kashmir, and which was split into two parts by new Pakistan-India boundary. Dawn (Pakistan) and Al Jazeera and Pakistan Today 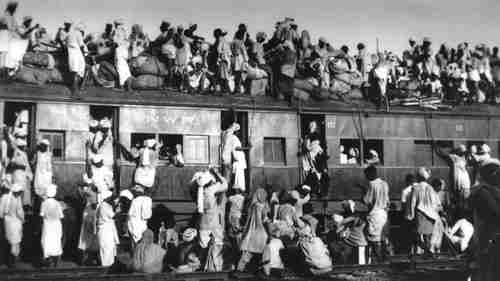 As I described in detail last year, Hindu veneration of cows, and apparent British disrespect for cows, was a major trigger for the 1857 Rebellion. This disrespect, and the alleged defiling of Indians’ bodies, led to riots and mutinies that spread across India. The war lasted over two years and resulted in hundreds of thousands of deaths.

During the generational Awakening era that followed by 1857 Rebellion, there were renewed protests and demands for independence from Britain. Cow protection had already started again as a symbol of Hindu nationalism as early as 1882, as cow protection societies began to be formed at that time. Cow protection became more and more important as a nationalist symbol in the following decades.

Mahatma Gandhi, the Indian peace activist, launched a “non-cooperation movement” against the British, involving civil disobedience. The Awakening era climax occurred on April 10-12, 1919, with the horrific Jalianvala Bagh Massacre (Amritsar Massacre), when British troops opened fire on 10,000 Sikhs holding a protest meeting, killing hundreds. That event, which is still remembered with shock to this day, convinced both the British and the Indians that Britain should completely give up control of India.

As the discussion of independence evolved over the following decades, led by Gandhi and Jinnah, the principal debate was whether there should be a single Indian state, or two states living side-by-side in peace, and in the latter case, how the boundary should be drawn.

The argument that won the day was that Muslims cannot stand pigs and Hindus cannot eat cows, and so they cannot live together, leading to the decision to have two separate states, India and Pakistan.

However, drawing the boundary has led to enormous problems that have not been resolved to this day. The most difficult problems were the provinces of Punjab in the west, and Bengal in the east, both of which had heavily mixed populations, and both of which were split down the middle.

Punjab was the epicenter of the Partition War. Millions of people left their homes, with Hindus and Sikhs moving from Pakistan Punjab to India, and Muslims moving from India Punjab to Pakistan. Today, the tensions between Hindus and Muslims in Kashmir, which is part of Punjab, have not been resolved, as we have reported many times in the past year, and the region is headed for another war, essentially re-fighting the Partition War.

However, the story is quite different for Bengal province. It too was split down the middle, but that region in the east was on a different generational timeline than Punjab, so the Partition war was a non-crisis war for Bengal. The province was split into West Bengal, which became part of India, and East Bengal, which became a completely separate part of Pakistan known as East Pakistan, while the Pakistan we know today was called West Pakistan.

East and West Pakistan really had almost nothing in common. The population of West Pakistan was mostly ethnic Punjabis, Pashtuns, and Sindis, and Urdu was the official language. East Pakistan consisted mostly of Urdu-speaking Biharis and Bengali-speaking Bengalis, as I described in detail last year.

So Bengal’s turn for a generational crisis war came 2 1/2 decades later in 1971. The Bengal war was a bloody civil war, repeating the rapes, beheadings, mutilation and other atrocities of the 1947 Partition war in the west. Pakistan’s army supported the Biharis, while India’s army supported the Bengalis. In the end, the Bengalis won. East Pakistan gained independence in 1971, and called itself Bangladesh, while West Pakistan just became plain Pakistan.

So on Monday of this week, Pakistan celebrates the 70th anniversary of its independence. On Tuesday, India celebrates the 70th anniversary of its independence. What seems to be clear is that neither country is really celebrating independence. What they are really doing is commemorating the horrors of the 1947 Partition War, and wondering how they will get past it. In view of all that has happened in the last 70 years, it is hard to see that either country has a great deal to celebrate, especially since they are headed for a new generational crisis war in the next few years. Dawn (Pakistan) and Pakistan Today and Al Jazeera and Dawn