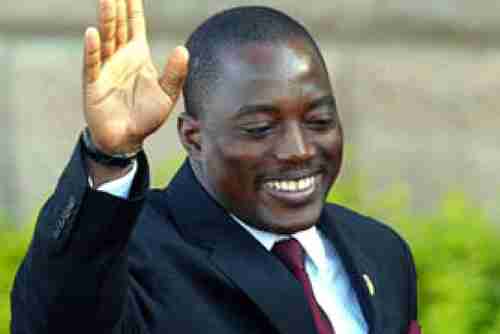 The norm in country after country in Africa is that country leaders refuse to step down when their mandates end. They demand money from Western nations for to end poverty or help with climate change or whatever, and then they put the money they receive into their own foreign bank accounts, or they use it to build mansions for themselves, or they use it to buy weapons to kill their opposition. That is why, in 30-40 years of massive aid payments to African countries, most people are no better off than they were decades ago.

Joseph Kabila, the president of the Democratic Republic of Congo (DRC), appears to have brought this combination of raw exercise of power and raw corruption to new heights. A new analysis by the Congo Research Group at New York University and the Pulitzer Center shows that by channeling public money to himself and his family, he has made the Kabila family into billionaires.

Joseph Kabila, the president of the Democratic Republic of the Congo, and his family own, either partially or wholly, more than 80 companies and businesses in the country and abroad. He and his children own more than 71,000 hectares (175,444) of farmland. His family owns diamond mines, a part of the country’s largest mobile phone network, companies that mine mineral deposits, gold and limestone, a luxury hotel, stakes in an airline, a share of the country’s banks, and a fast-food franchise.

With tentacles reaching into so many businesses, it is not surprising that Kabila is willing to use any method – massacres, atrocities, jailings, torture – to stay in power. His mandate ran out on December 19 of last year, at which time he was supposed to step down. Instead, he pulled a breathtaking stunt late last year by doing everything possible to prevent new elections from taking place and then claimed that he could not step down because there hadn’t been any elections to select a president to replace him.

In December, there was a threat of civil war in DRC, but the Catholic Church intervened and brokered an agreement: Elections would be held in December of 2017 to choose Kabila’s successor, and this time Kabila would really step down. However, the agreement was a farce: It was signed by members of Kabila’s government, but it was not even signed by Kabila himself. Since then, it is been pretty clear that Kabila has no intention of stepping down.

Poverty and Kabila’s massive corruption are being blamed for the increase in violence in DRC, especially in the central province of Kasai, where than 3,000 people have been killed and 1.4 million displaced in escalating violence blamed on a government-sponsored militia. The UN has identified more than 80 mass graves and said it had found toddlers with limbs chopped off and pregnant women with their bellies sliced open, their unborn babies mutilated.

Unfortunately, this is the norm in many countries in Africa, and the reason why many international agencies and businesses are no longer willing to invest in Africa, as the money just goes to waste. Furthermore, many people are concerned that Kabila’s refusal to step down is resulting in violence that is destabilizing the whole region. NY University and Guardian (London) and Bloomberg 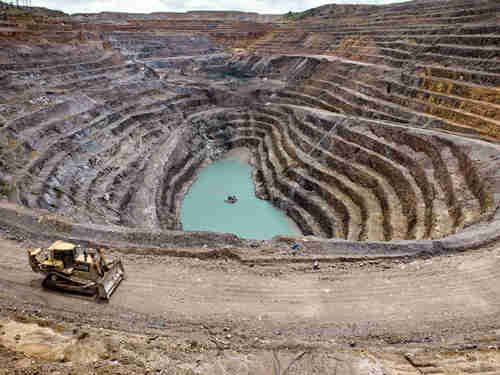 A different report, this time by Global Witness, has found that more than $750 million in mining revenue that was supposed to go into DRC’s national treasury has instead gone into the pockets of corrupt government officials. Canadian mining companies, such as Vancouver-based Ivanhoe Mines Ltd. and Toronto-based Banro Corp., have been some of the biggest foreign investors in DRC mines, and have given millions of dollars in payments to official agencies and state enterprises in the country. They are now learning that the money was siphoned off by politically connected insiders, with some of the funds distributed among corrupt networks linked to President Joseph Kabila’s regime.

The Democratic Republic of Congo is Africa’s biggest producer of copper and the world’s largest supplier of cobalt used in batteries for electric cars. It is also rich in gold, diamonds, and coltan, used in mobile phones, but its people remain among the poorest in the world.

A key culprit in this diversion of funds is the main state-owned mining company, Gécamines, a close ally of President Joseph Kabila. It receives more than a hundred million dollars annually from private companies in Congo’s mining sector, but appears to pass on just a tiny percentage of that to the state coffers. Gécamines’ most important and lucrative business relationships are with major international mining companies, which often have Western investors and pensions tied up in their profits and risks.

The Global Witness report, “The Regime Cash Machine,” blames a toxic combination of corruption and mismanagement in DRC’s revenues agencies and state mining companies. Instead of going to the regime, the money should have gone to basic services such as schools, hospitals, and roads. Global Witness and Globe and Mail (Canada) and Bloomberg