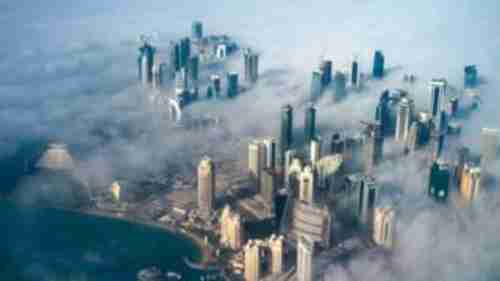 An aerial view of Doha, Qatar, in the fog, as the sun rises

On June 5, four Arab countries – Saudi Arabia, United Arab Emirates (UAE), Bahrain and Egypt – imposed a land, sea and air blockade on Qatar. Other Arab countries followed suit. Many international politicians have said they were “mystified” by what the Arab countries were demanding of Qatar to end the crisis. The US asked Saudi Arabia to produce a list of demands that were “reasonable and actionable.”

It is known that Saudi Arabia and UAE had heavily criticized Qatar for its strong support of the Muslim Brotherhood, considered a terrorist organization by America and some European nations, for its continuing trade and diplomatic relations with Iran, with whom Saudi Arabia and some other Arab countries have broken diplomatic relations entirely, and for its use of al-Jazeera to propagate a message of support for the Muslim Brotherhood, and criticism of the leaders of other Arab states. However, the detailed demands were not known.

Here are the demands, as leaked to AP:

Many analysts have said that these demands are not “reasonable and actionable,” and that in fact the demands are so drastic that the list appears to have been designed to be rejected. AP and Atlantic

UAE threatens ‘parting of the ways’ unless Qatar meets 13 demands

According to reports from Qatar, the land, sea and air blockade has little effect on the daily lives of the citizens. Although Qatar imports 90% of its food, and formerly imported most of it from Saudi Arabia and UAE, the grocery store shelves are fully stocked, with supplies coming in from Iran and Turkey. According to one reporter, the main difference is that there are more Turkish dairy products, “which have proven to be higher quality and less expensive” than previous products. To all appearances, the blockade has been a failure.

UAE’s foreign affairs minister Anwar Gargash spoke out on Saturday to say that the purpose of the blockade was not to punish Qatar, but to change its behavior:

The alternative is not escalation, the alternative is parting of ways, because it is very difficult for us to maintain a collective grouping. This is not about regime change, this about behavioral change.

“The mediators’ ability to shuttle between the parties and try and reach a common ground has been compromised by this leak [the leak of the 13 demands]. Their success is very dependent on their ability to move but not in the public space.

Gargash says that unless Qatar meets the demands, it will be expelled from the Gulf Cooperation Council (GCC). Beyond that, it’s not clear what is being threatened by “parting of ways.” Doha News and The National (UAE)

Although all 13 of the demands in the list are serious, especially Qatar’s relationship with Iran, it is hard to escape the feeling that the heart of the dispute is over al-Jazeera.

I have watched al-Jazeera English (AJE) for years, and there is no question that it has an editorial point of view. I have written on several occasions that AJE hates Israel, which is what one would expect and is not surprising. But what is surprising is that AJE seems to hate Mahmoud Abbas and the Palestinian Authority even more than it hates Israel. I cannot recall ever hearing an editorial criticism of Hamas, which is an offshoot of the Muslim Brotherhood, and I certainly can’t recall AJE referring to Hamas as a terrorist organization. So those who claim that al-Jazeera is “pro-Palestinian” are being misleading in my opinion. What they are is pro-Hamas.

Al-Jazeera was launched in 1996, and since then its two major affiliates, AJE and al-Jazeera Arabic (AJA) have become the most widely heard news sources in the Mideast. It is owned and funded by Qatar’s government. It has always been encouraged to have an editorial policy of criticizing other Arab governments, although Qatar’s government never received much criticism. Attempts by other countries to compete, such as Saudi Arabia’s al-Arabiya, have succeeded only moderately.

On AJA, one of the most popular shows for years has been “Sharia and Life,” a call-in show hosted by a leading Muslim Brotherhood cleric Yusuf al-Qaradawi. Viewers could call in and received advice on food, family, clothing, politics, or anything else. Much of this advice contradicted the policy of Saudi Arabia and other Arab states.

The biggest differences began to emerge after the July 2013 coup that ousted Egypt’s democratically elected president Mohammed Morsi and his Muslim Brotherhood government. Al-Jazeera came down firmly on the side of Morsi, and against the coup leader, General Abdel al-Fattah al-Sisi, who later became Egypt’s president. Several al-Jazeera reporters were arrested in Egypt, and remained in jail for several years. Gulf Times and Atlantic