Qatar-Arab crisis is unlikely to be resolved soon 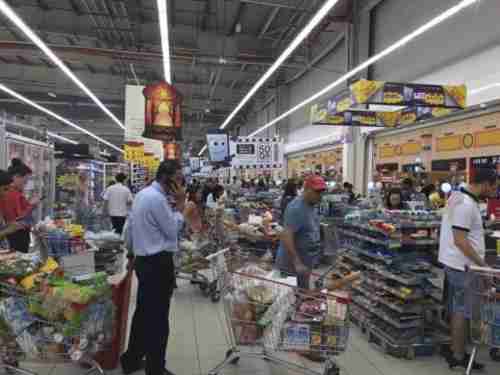 Three weeks ago, President Donald Trump’s harsh condemnation of Iran triggered a renewal of the years of vitriolic anger between Saudi Arabia and Qatar. A week ago, the anger turned into actions with Saudi Arabia and other Arab countries cutting ties and imposing a harsh economic blockade on Qatar. Today, positions appear to be hardening, and it seems very unlikely that the situation will be resolved soon.

Numerous countries have called for an end to the economic blockade. Trade is being affected in a number of countries. Qatar Airways has been blocked from using Saudi and UAE airspace, throwing airline schedules in the region into confusion. Britain, Germany, Turkey, Russia, Kuwait, Oman and others have encouraged diplomatic talks or offered to mediate. The United States administration called for Saudi Arabia to soften the blockade on humanitarian grounds, at the same time it called for Qatar to end funding of terrorist organizations.

Qatar’s foreign minister Sheikh Mohammed bin Abdulrahman al-Thani was defiant, saying that Qatar is willing to negotiate an end to the impasse, but that no one can dictate its foreign policy, and that “no one has the right” to pressure Qatar to silence TV network al-Jazeera, which is based in Qatar’s capital city Doha.

Since the split, additional Arab countries have joined the blockade against Qatar. Saudi Arabia, the United Arab Emirates, Bahrain, and Egypt have cut relations with Qatar on the first day. Yemen, Mauritania, the Maldives and the Comoros Islands followed. Chad, Djibouti, Jordan, and Niger downgraded relations without joining the blockade. Many of these countries receive financial aid from Saudi Arabia, and it’s believed that they cut relations under financial pressure.

On the other hand, Eritrea on Friday refused to cut diplomatic ties with Qatar. It issued a statement saying that it had “strong ties with the brother people of Qatar,” and it was “impossible to cut ties.”

Iran has sent five cargo planes to Qatar, each carrying 90 tonnes of cargo, mostly fruit and vegetables. Three ships containing 350 tonnes of food items are also being sent to Qatar. Bloomberg and Anadolu and Deutsche Welle

Differences between Qatar and Saudi Arabia run deep and will worsen

When al-Thani said, as quoted above, that Qatar was willing to negotiate, but that no one could dictate its foreign policy, and no one could pressure al-Jazeera, he was saying that Qatar would not negotiate on two major causes of the split.

Not dictating its foreign policy meant that Saudi Arabia could not tell Qatar how to handle its relations with Iran. While Saudi Arabia and Iran can never have been classified as friendly allies, at least they were able to tolerate each other for decades until recently.

However, in January 2016, the entire Shia world was shocked that Saudi Arabia executed well-known Shia cleric Mohammad Baqir Nimr al-Nimr on charges of terrorism, at the same time that they executed 46 alleged Sunni terrorists. They were furious that he was executed at all, and also that it implied that Shia terrorists were no different from Sunni terrorists.

Relations between Saudi and Iran have gotten even more vitriolic since then, and the Saudis have adopted the attitude toward Qatar that “you’re either with us or against us,” meaning that the Saudis will not tolerate Qatar having friendly relations with Iran. So when al-Thani says that no one could dictate Qatar’s foreign policy, he was rejecting any compromise on its relations with Iran.

Al-Jazeera is the powerful news network that supposedly presents an Arab view around the world. I’ve always watched al-Jazeera when I can, because it provides information and a point of view completely unavailable in the western media. People tell me that al-Jazeera is biased, and that is true, but they are no more biased than the NY Times or NBC News. Generational Dynamics analyses require that all points of view be incorporated, so al-Jazeera provides an important function a biased point of view from the Arab world.

So that bias toward Hamas tells a great deal about why Saudi Arabia hates al-Jazeera, which reflects the foreign policy of Qatar. Hamas is an offshoot of the Muslim Brotherhood, which is a conservative Sunni Muslim ideology which is in competition with Saudi Arabia’s Salafist Wahhabi conservative Sunni Muslim ideology. Just as Saudi Arabia and Iran have tolerated each other for decades and gotten along until recently, the Muslim Brotherhood and Wahhabi ideologies have tolerated each and gotten along until recently.

But now, Qatar’s support for the Muslim Brotherhood ideology is becoming intolerable to Saudi Arabia, just like Qatar’s friendly relationship with Iran. This is the kind of thing that typically occurs in a generational Crisis era.

Last week, Germany foreign minister Sigmar Gabriel warned this new crisis could lead to war, and that “a deep dispute between neighbors is the last thing that is needed” in the Mideast.

Whether Gabriel likes it or not, a “deep dispute” is what it is, and it’s going to get worse.

As I’ve written many times, Generational Dynamics predicts that the Mideast is headed for a major regional war, pitting Sunnis versus Shias, Jews versus Arabs, and various ethnic groups against each other. With appropriate generational research and analysis, the split between the Wahhabis and the Muslim Brotherhood can be used to determine which ethnic groups will be fighting each other. I certainly don’t have anything like the resources to perform such an analysis by myself, but any college student interested in this kind of analysis could make an invaluable contribution to understanding what’s going on in the world today by taking on, as a thesis topic, a generational analysis of the tribes and ethnic groups in the Mideast. AP and Deutsche Welle (7-June) and Gulf News (10-June) and AP