A recent report from Politico showed the House Democrats would have a hard time keeping their majority after redistricting finalizes throughout the country.

Democrats are struggling as they try to find candidates to run for office and possibly see no way to expand the seat they are looking to flip due to the redistricting. Additionally, many members are looking to retire or run for higher office. Breitbart News has extensively reported on Pelosi’s majority crumbling. 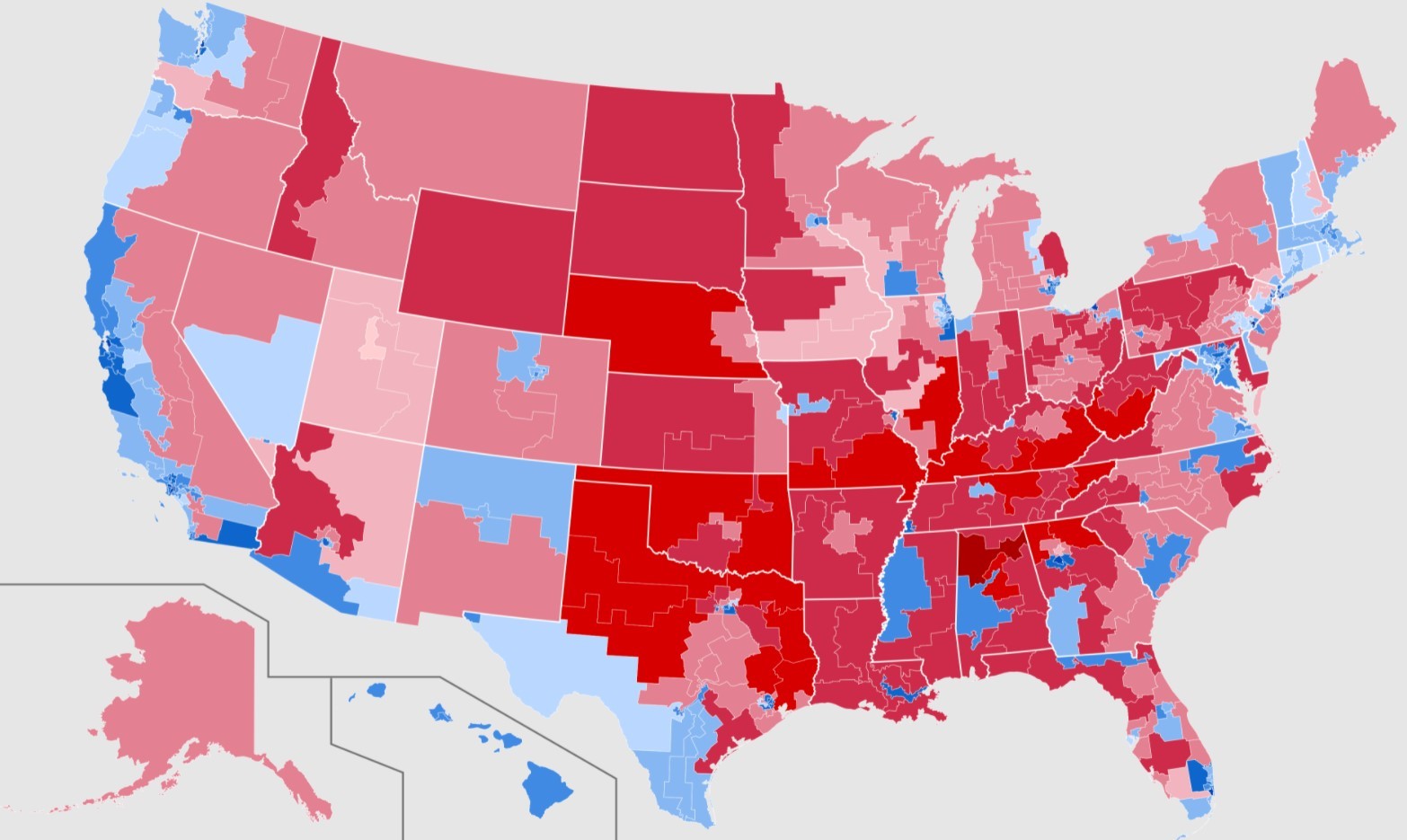 Politico outlined that the Democrats in the House have spent their last two elections (2018 and 2020) talking about their achievements in unseating members in red districts — which have since gotten more competitive over the years — without realizing the majority of the districts could disappear after redistricting.

The report noted that the Democrats got a hint at what is yet to come “when Republican state lawmakers in Indiana unveiled a draft congressional plan that would transform the state’s most competitive district into a relatively safe red seat.”

Christina Hale, the Democrat who lost against Rep. Victoria Spartz (R-IN) in 2020, told Politico it’s “kneecapping to anyone interested in running” against the Republican. She noted that Spartz’s seat would not be competitive enough for a Democrat to win for years.

Politico also noted in their report that the “Democrats are stuck on defense” after facing major losses in the last election — that almost put the Republicans in the majority and delivered an ultra-slim majority for House Speaker Nancy Pelosi (D-CA) to work within the House — after the House Democrats vowed that they would “send Republicans deeper into the minority only to end up losing 13 incumbents of their own.” 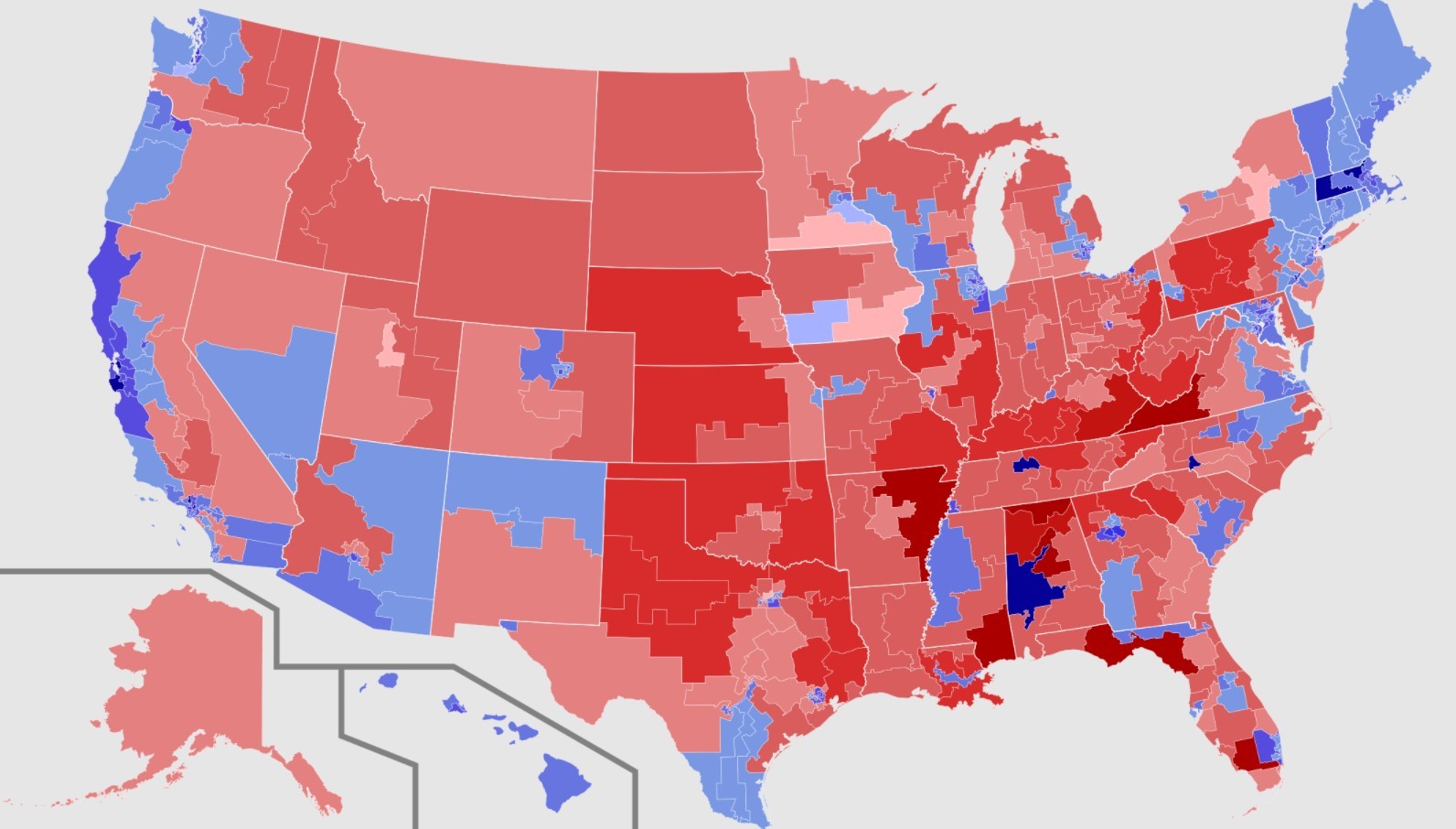 With redistricting, the House Republicans can hit the reset button, looking to pick up seats in the midterms to hoist themselves into the majority after almost getting into the majority last year. Besides Spartz’s district in Indiana, Politico indicated there are other battleground districts that either have Republican seats that will become redder or seats with vulnerable Democrats they hope to pick off.

States such as South Carolina, Missouri, Indiana, North Carolina, Florida, Utah, and Texas, will be key for the Republicans, according to Politico.

Moreover, the Democrat Congressional Campaign Committee (DCCC) announced the districts with Republicans they were targeting at the beginning of the year, totaling 21. Their list now shows that they are looking to contest 39 seats in their hopes to put the Republicans further in the minority. However, Politico pointed out that their lists lacked North Carolina seats and included barely any from Florida and Texas, two Republican strongholds.

“The obligation is on the other team to win seats. We already hold the majority,” Rep. Sean Patrick Maloney (D-NY), chair of the DCCC, said to Politico. “So my job is to hold the ones I got, and to beat a few of them. And we’re going to do that, and I can do that with a tight disciplined battlefield.” 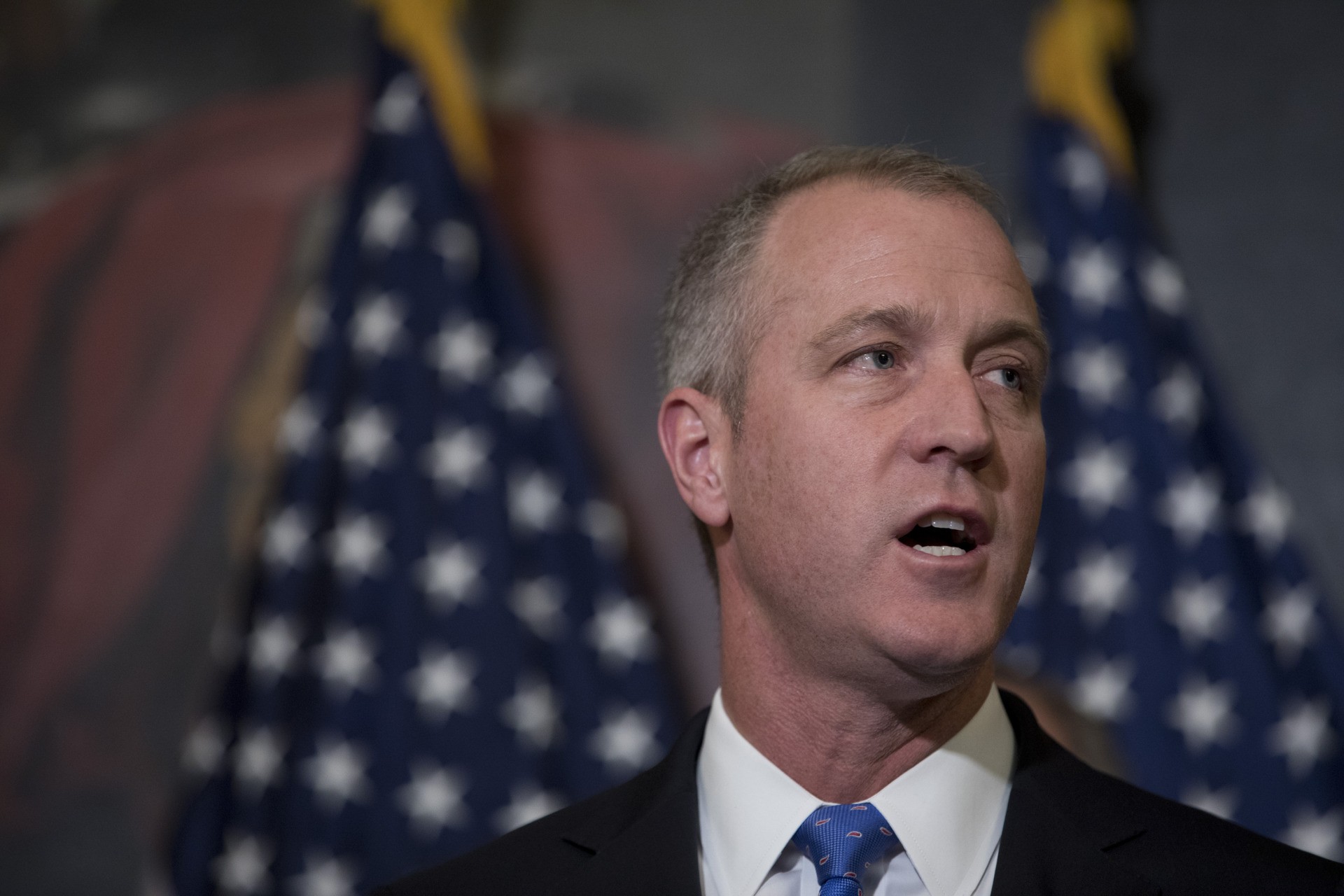 But, the Republicans in the last election successfully did not lose any of their incumbent members, with a lot of them winning in higher margins than former President Donald Trump:

Of the 33 GOP incumbents who won in 2020 by 8 points or fewer — a generous margin for a House race — 15 represent states where Republicans have total control over redistricting, according to a POLITICO analysis.

Of the 33 Democratic incumbents who won by the same margin, only 5 live in a state where their party will craft new maps: Bustos and Reps. Lauren Underwood and Sean Casten in Illinois and Reps. Steven Horsford and Susie Lee in Nevada.

Though Republicans didn’t lose a single incumbent in 2020, many had to run far ahead of Trump.

The new lines should help the Republicans to an easier path of victory with the redistricting, especially in places like Texas. In Texas, Democrats tried to win over ten of the Republican seats in the last election but were unsuccessful in all of them. 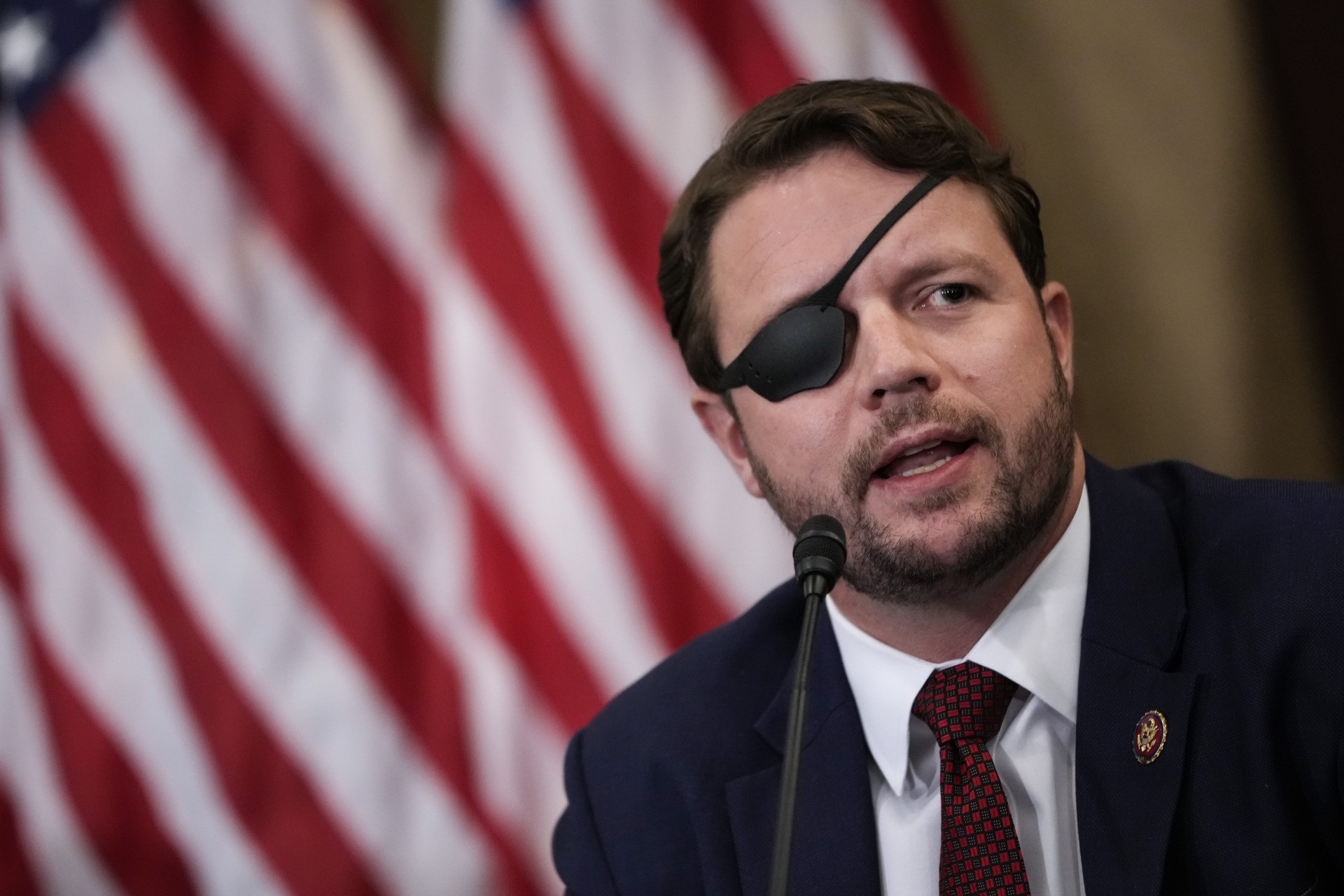 Additionally, a recent Economist/YouGov poll revealed Biden’s poll numbers have crashed to a new low of 39 percent during his short time in office. The poll also showed that 49 percent disapprove.

Breitbart News previously noted, “Biden’s evaporating approval numbers are primarily due to Democrats, who have begun abandoning him amid the challenges of inflation, Afghanistan, and coronavirus.”

Another poll from the American Action Network showed that Biden’s approval ratings had seen a major drop in seven key congressional districts that can define the House in the 2022 midterm election. 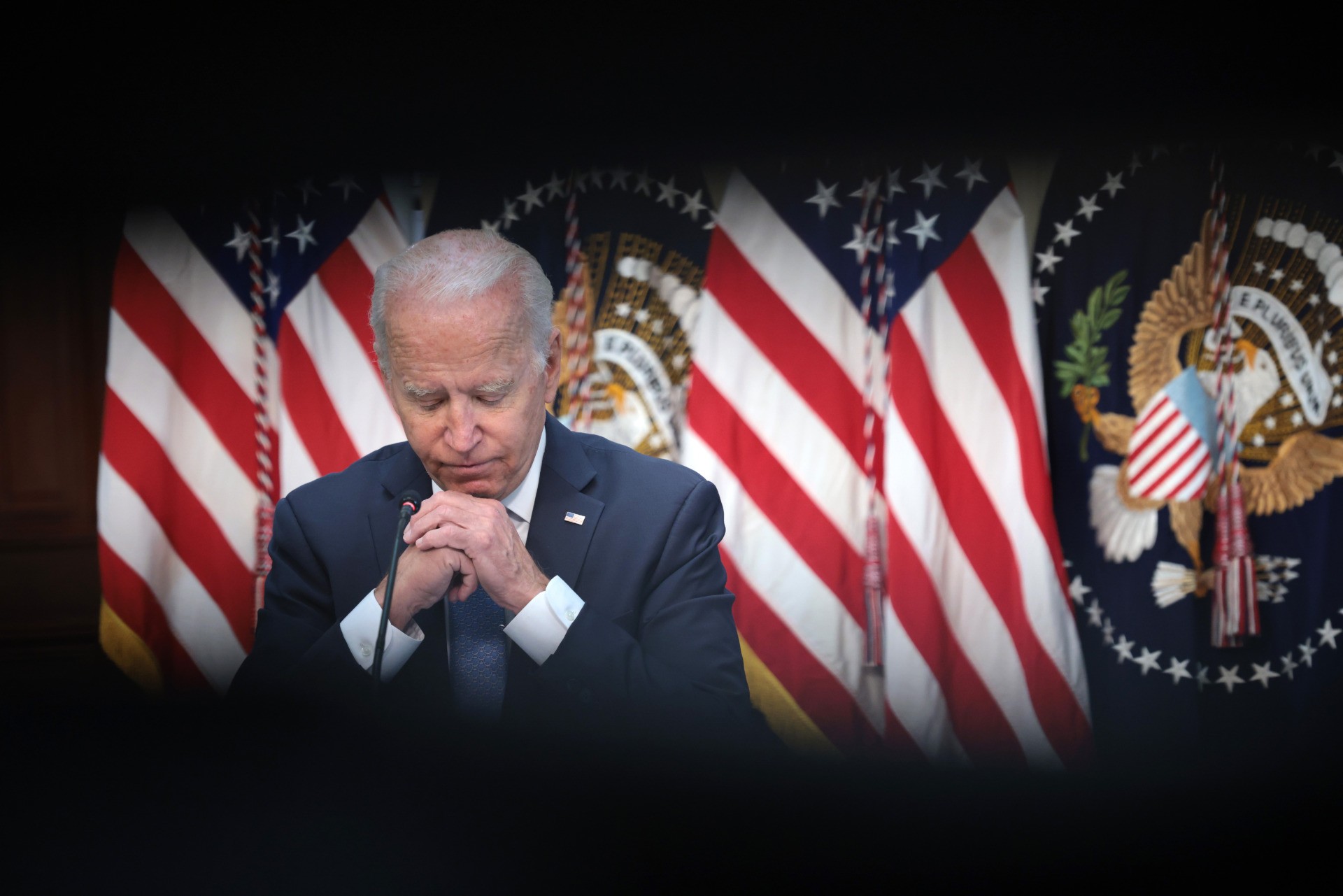 It found that the majority of Americans in the battleground districts are unhappy with Biden’s socialist “Build Back Better” agenda, and the $3.5 trillion partisan wish list the Democrats are proposing will only increase the economic pain families are already feeling. Overall, a generic Republican on the ballot also leads in all seven districts against the Democrat incumbent by six percent on average.