JERUSALEM  — Several dozen Holocaust survivors marked the third night of Hanukkah on Tuesday with a menorah-lighting ceremony at Jerusalem’s Western Wall that paid tribute to them and the 6 million Jews killed by the Nazis.

The candle-lighting was organized by the Jewish Claims Conference at the Western Wall in Jerusalem’s Old City, the holiest place where Jews can pray. It was accompanied by an online event featuring a statement by Jewish, Israeli and German leaders.

German chancellor-designate Olaf Scholz said in a video statement in German that his country “will continue to do everything we can to protect Jewish citizens in the future and to counter all antisemitism. We will fight darkness with light.”

“Today, Jewish life is once again enriching our society. Israel and Germany are close partners. We must not put these precious gifts at risk,” he said. 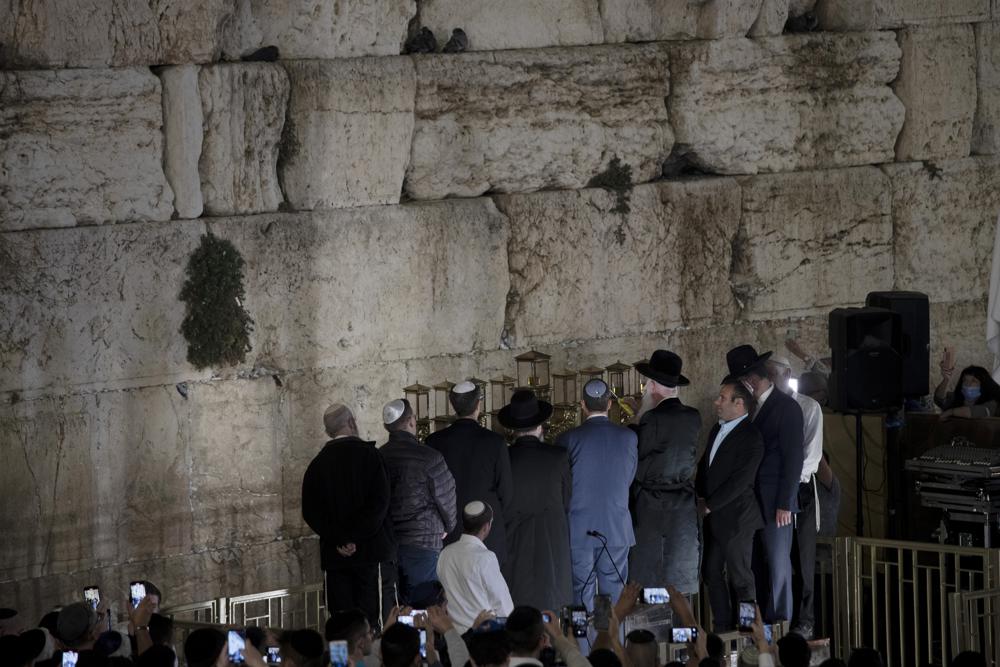 Dignitaries and religious leaders light the menorah on the third night of Hanukkah at the Western Wall, in the Old City of Jerusalem, Tuesday, Nov. 30, 2021. Holocaust survivors joined a menorah-lighting ceremony at Jerusalem’s Western Wall that paid tribute to them and the six million other Jews who were killed by the Nazis. (AP Photo/Maya Alleruzzo) 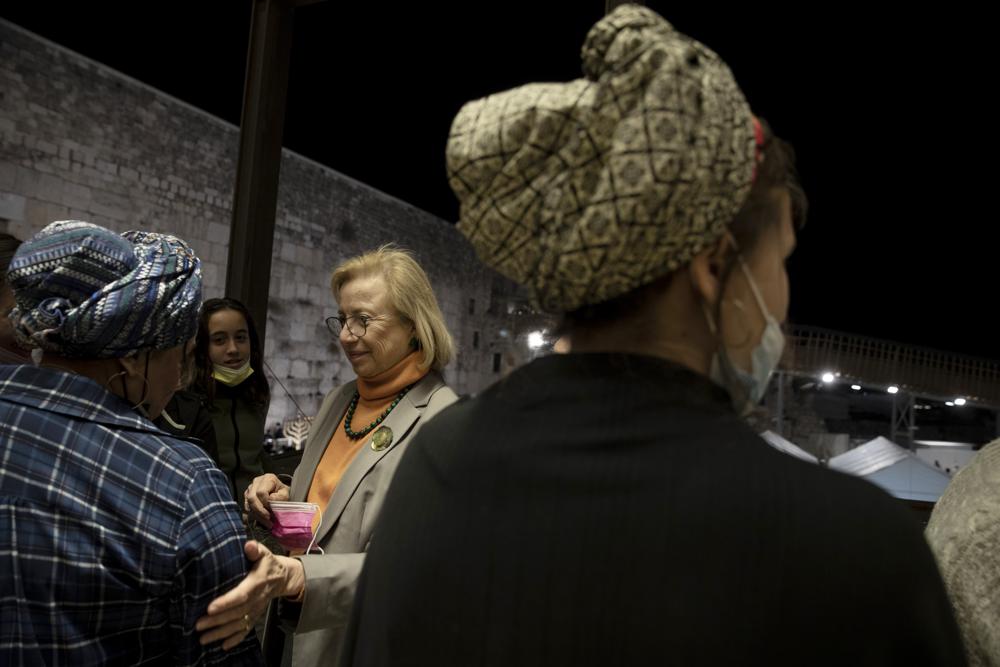 Colette Avital, chair of the Center of Organizations of Holocaust Survivors in Israel, center, speaks with relatives of a Holocaust survivor who recently passed away, during a Hanukkah menorah lighting ceremony at the Western Wall, in the Old City of Jerusalem. (AP Photo/Maya Alleruzzo)

Israel was established in 1948 in the wake of the Holocaust as a refuge for Jews from around the world and is home to an aging population of around 175,000 survivors. The Claims Conference says it is providing financial support for over 260,000 survivors worldwide.

Colette Avital, chair of the Center of Organizations of Holocaust Survivors in Israel, said in a statement that this Hanukkah “we celebrate again, the miracle of our long history of survival in the face of adversity, the persecutions, the expulsions, the humiliations, the pogroms, and finally, the worst tragedy of our times, the Holocaust.”

The online event included musical performances by Barry Manilow and a Yiddish performance of “Fiddler on the Roof.”