CAIRO (AP) — Britain’s Prince Charles and his wife, Camilla, arrived in Cairo on Thursday for the first time in 15 years, hoping to promote tolerance and cement bilateral ties. The visit is part of the royal couple’s first tour since the start of the coronavirus pandemic.

It is also their first visit to Egypt since the country was rocked by a popular uprising in 2011 that was followed by years of political turmoil.

After arrival in Cairo, the royal couple received a formal welcome by President Abdel Fattah el-Sissi and his wife, Intissar el-Sissi, at the presidential palace, before meeting with top Muslim and Christian leaders. Under el-Sissi, a former general, Egypt has achieved a degree of stability but the government has also overseen the largest crackdown on political opposition in decades.

In their meeting, Charles and el-Sissi discussed efforts to counter terrorism and extremism as well as cooperation between the two countries in areas such as health and higher education, according to a statement issued by el-Sissi’s office. 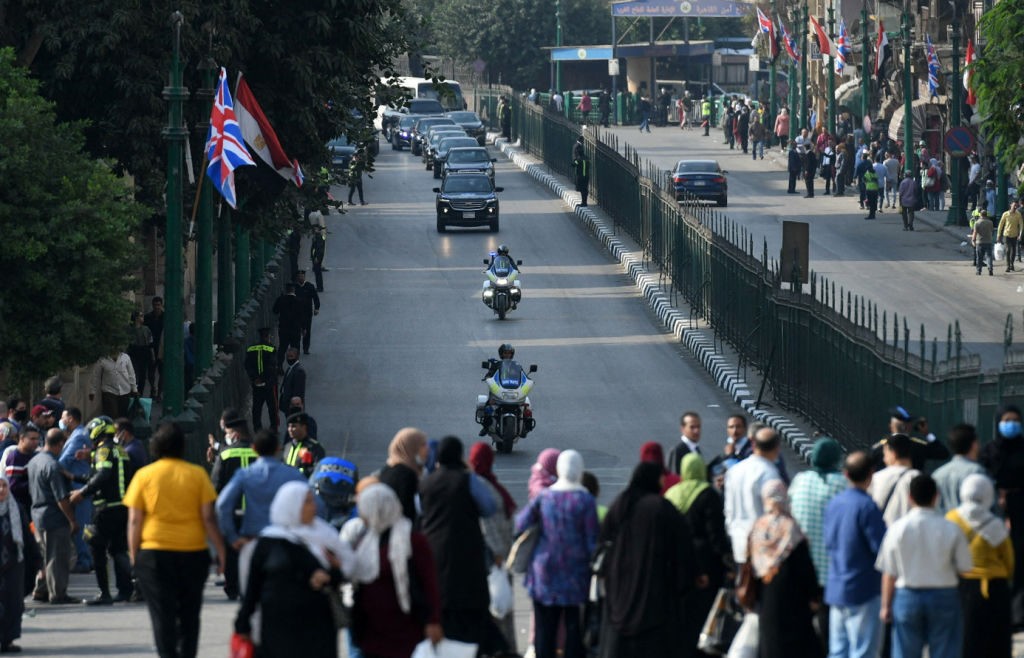 The motorcade of Britain’s Prince Charles, Prince of Wales, and Camilla, Duchess of Cornwall, drives through a road after their visit to al-Azhar mosque in the Egyptian capital Cairo, on November 18, 2021. ( AHMED HASAN/AFP via Getty Images)

After a separate meeting with Camilla, Egypt’s first lady wrote on her Facebook page that the two discussed the Egyptian government’s efforts towards the empowerment of women.

The royal couple then met with the Sunni Muslim world’s top religious authority, Grand Imam of Al-Azhar Mosque Ahmed al-Tayeb, as well as with Archbishop of the Anglican Province of Alexandria Samy Fawzy.

After that, Charles headed to an interfaith reception at Al-Azhar Mosque, the oldest Sunni institution in the Muslim world. He was also to meet with students.

The Prince of Wales helped start a U.K. academic scholarship program which allows Al Azhar scholars to pursue degrees in Islamic studies at British universities before returning to Al-Azhar to work as faculty members. Launched in 2015, the program aims to promote mutual understanding between Muslims and non-Muslims.

Last week, the British Ambassador Gareth Bayley wrote on Twitter that the their highnesses will be discussing U.K.-Egypt cooperation on climate change, religious tolerance and bilateral relations. Egypt has been selected to host the U.N. climate change conference COP27 next year. 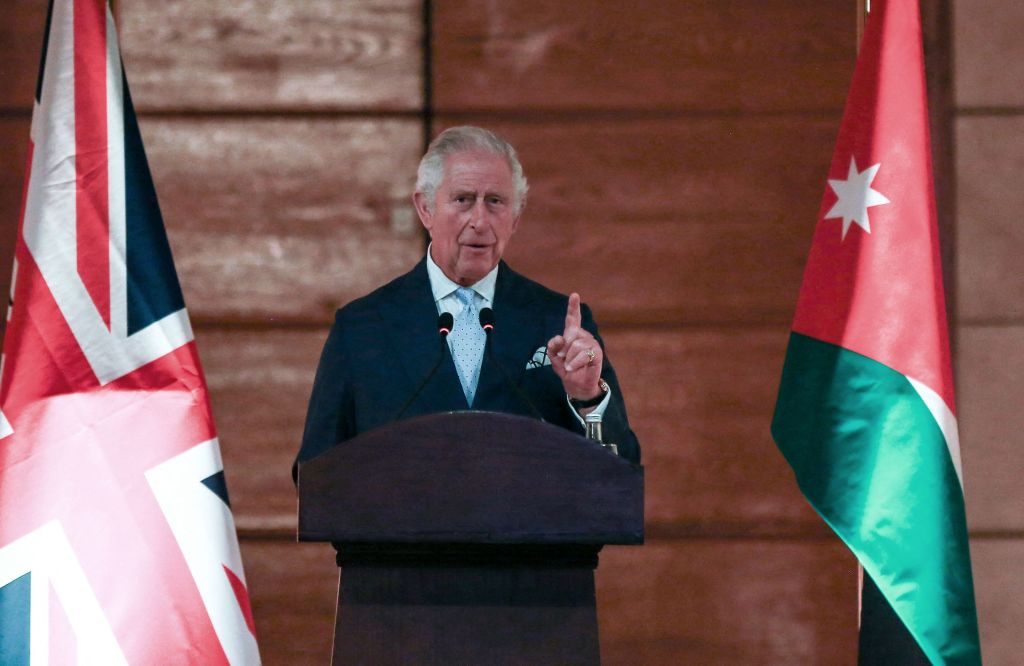 Britain’s Prince Charles, Prince of Wales, delivers a speech as he attends a centenary celebration of the founding of the Jordanian state, at the Jordan Museum, in Amman, in the capital Jordan, on November 17, 2021. (KHALIL MAZRAAWI/afp/AFP via Getty Images)

While Charles was at the interfaith reception, Camilla visited a low-income settlement in Cairo, Ezbet Kheirallah, where the British Council has been carrying out social development programs since 2017.

The royals also visited some of Egypt’s famous archaeological sites, including the Pyramids at Giza and the Sphinx.

Earlier this week, Charles and Camilla concluded a three-day visit to Jordan, where they met with Jordan’s King Abdullah II and Queen Rania and visited a series of religious and historical sites.