Jerusalem (AFP) – The evening gowns shone under the spotlights and the tiaras sparkled, but this beauty pageant was like no other: all the contestants are Holocaust survivors.

Established in 2012 by Israeli charity Yad Ezer La-Haver, which means “lend a hand to a friend”, the gala event returned after a two-year hiatus.

Some have criticised “Miss Holocaust Survivor” as an inappropriate way to remember the Nazi genocide, but charity founder Shimon Sabag said its mission is to give survivors “a piece of the childhood that was stolen from them”.

Ten contestants, ranging in age from 79 to 90, competed for the 2021 crown, which was won by 86-year-old Selina Steinfeld, a Romanian-born survivor of the Nazi effort to exterminate Europe’s Jews.

“I’m moved. I have no words,” the great-grandmother said as she accepted the award Tuesday night in Jerusalem, wearing a golden dress and a chunky pearl necklace.

This year’s Miss Holocaust Survivor was held just weeks before Israel hosts the Miss Universe pageant in the southern resort city of Eilat, and there are similarities.

As with any other pageant, the contestants were made up and dressed by professionals and graded by an earnest panel of immaculately dressed judges. 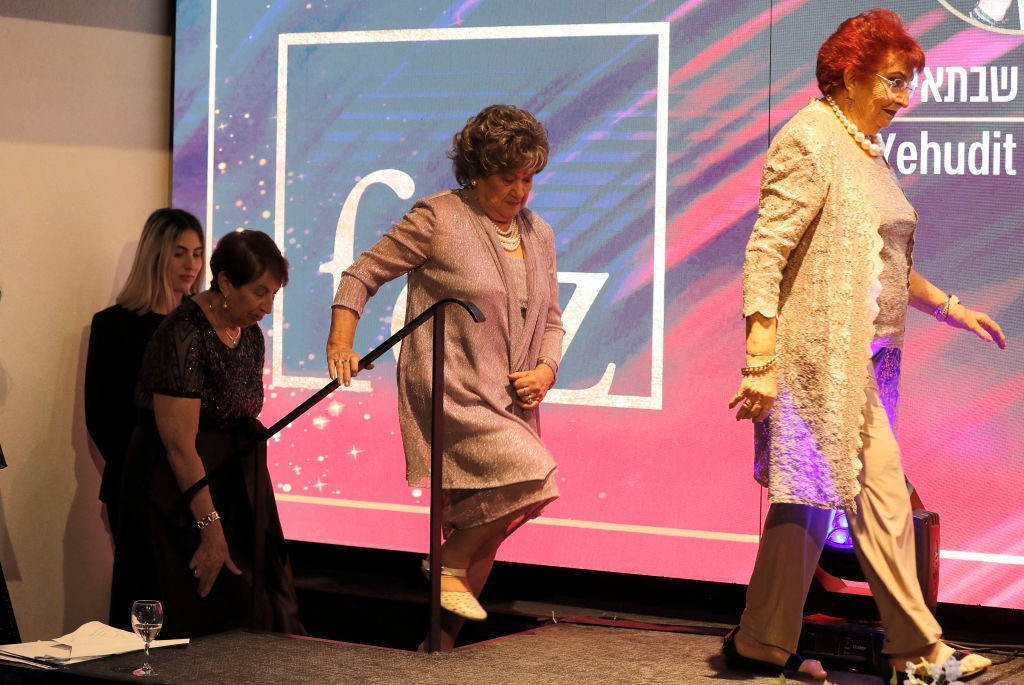 Wrapped in a shimmering grey shawl, 87-year-old Kuka Palmon gleefully said she felt like “a teenage girl” after a “divine” pampering by a team of beauticians.

While the pageant has a celebratory atmosphere at times, it does not avoid the unimaginable pain endured by the contestants.

Palmon, also Romanian born, recalled hiding in a cellar during World War II as her father was forced on to a train that carried him to a Nazi extermination camp.

He survived but “was a skeleton” when he returned, she said, her hair held firmly in place by an abundance of spray.

For Palmon, beyond the rhinestones and shawls, Miss Holocaust Survivor offers yet another opportunity for victims of the Nazis to tell their “story to the world”.

With tiaras on their heads, the contestants chosen by Yad Ezer discussed forced labour camps, pogroms and the infamous Nazi doctor Josef Mengele who performed experiments on Jews.

Some of the contestants were reluctant to relinquish the microphone and other trembled with emotion as they spoke.

But the contest has its critics.

Colette Avital, a former Israeli diplomat and Labor party lawmaker who runs a centre that advocates for Holocaust survivors, said the competition is “ridiculous, grotesque, and shows a lack of respect” for the survivors.

Avital argued it is improper to have beauty pageants for women who have suffered so deeply. 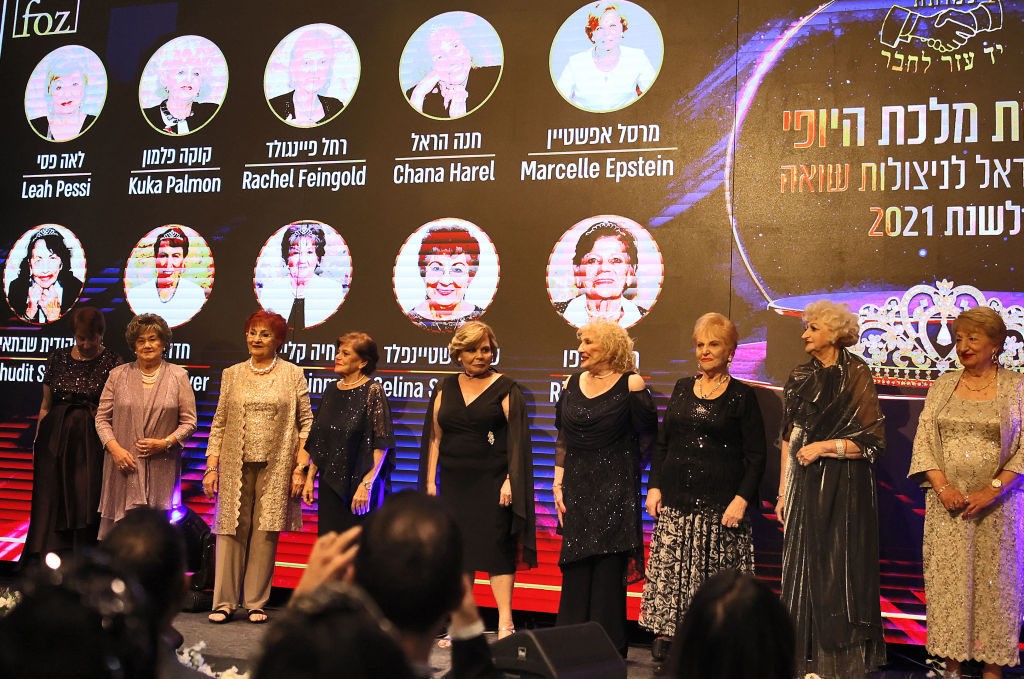 Marcelle Epstein, the 2021 runner-up, disagreed, saying it was a “pleasure to see old women having fun”.

She was put in an orphanage in southern France during the war and arrived in Israel in 1948, the year the Jewish state was established.

Speaking to AFP in her Tel Aviv apartment days before the contest, the playful 80-year-old she said she was not among those who spent time in Nazi camps and has few memories of the war period, but does recall not recognising her parents when they were reunited.

She was pleased with her second place finish, but suggested that future judging should always be tipped in favour of the oldest candidate.

“Make her feel like a queen!” Epstein said, expanding on that idea. “You don’t know how much longer she will live.”