Israeli Prime Minister Naftali Bennett told a visiting delegation of Democratic members of congress he will not give permission to the U.S. to reopen its consulate in Jerusalem.

The Biden administration has pledged to reopen U.S. consulate in eastern Jerusalem, which formerly served as a de facto Palestinian embassy before being permanently shuttered in 2019 by the Trump administration following its declaration of Jerusalem as Israel’s capital.

According to report by the Axios news site, Bennett told the delegation, which included several lawmakers hostile to Israel, “I am not going to … try to score political points over this issue, but the government position is that reopening the consulate is unacceptable.”

Earlier this week, Bennett said: “There’s no room for another American consulate in Jerusalem.” 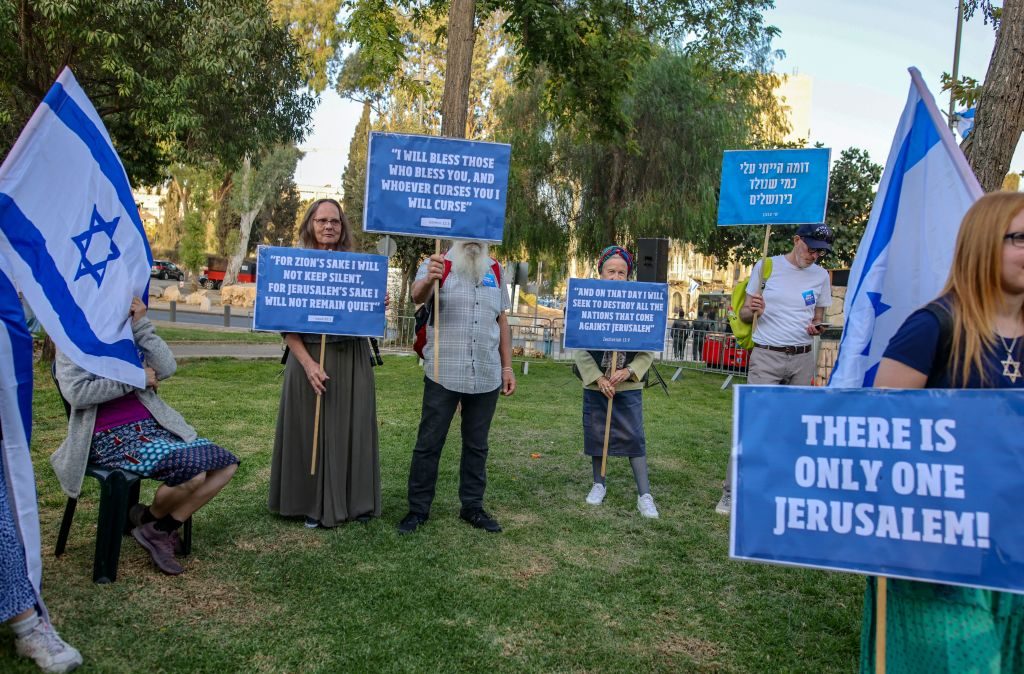 Israelis hold a rally outside the U.S. consulate in Jerusalem to protest against a decision by the U..S to reopen their consulate serving east Jerusalem, on October 27, 2021. The consulate which served Palestinians from the West Bank, east Jerusalem and the Gaza Strip, was closed by the Trump administration in 2018. (AHMAD GHARABLI/AFP via Getty Images)

He called the move “unacceptable.”

Over the weekend Bennett and Foreign Minister Yair Lapid suggested that the U.S. may open a consulate for the Palestinians in Ramallah, where the Palestinian Authority is located.

“We are expressing our position consistently, quietly and without drama, and I hope it is understood. Jerusalem is the capital of Israel alone,” Bennett said.

Lapid chimed in: “If the Americans want to open a consulate in Ramallah we have no problem with that.” But “sovereignty in Jerusalem belongs to one country — Israel.”

“Your administration would create a misguided situation in which the U.S. would essentially have two separate diplomatic missions in Israel’s capital,” the letter stated.

Reopening the embassy would also “reward and turn a blind eye to the Palestinian Authority engaging in the real obstacles to peace,” the lawmakers said. 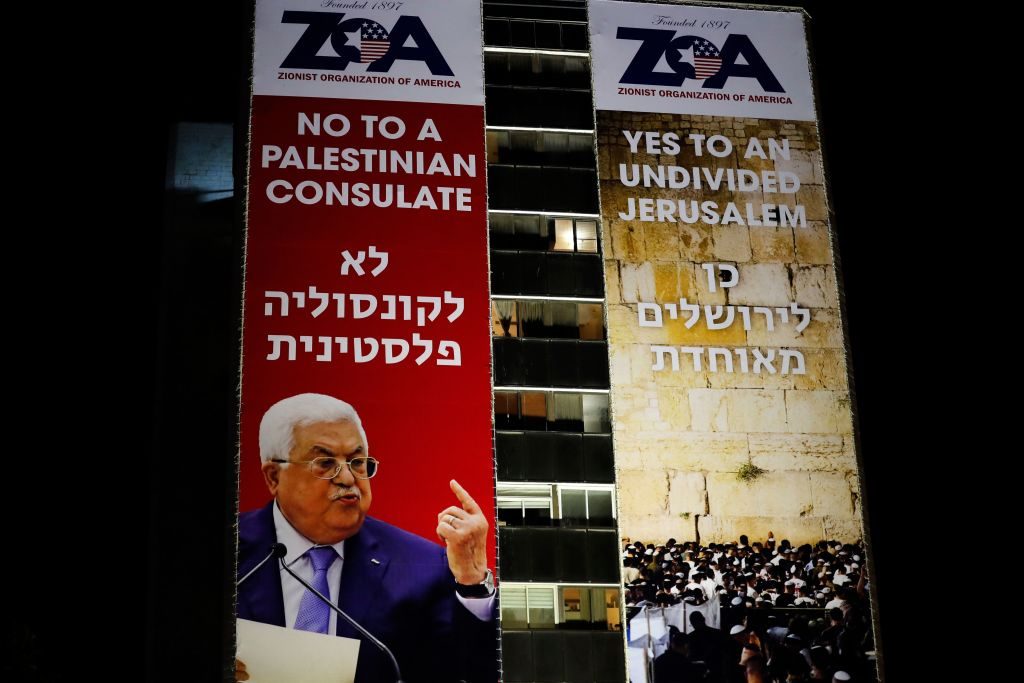 Banners protesting a recent U.S. pledge to reopen a consulate general in east Jerusalem serving Palestinians, hang on a building near the Israeli Government complex in Jerusalem, on October 31, 2021. (AHMAD GHARABLI/AFP via Getty Images)

Under questioning from Sen. Bill Hagerty (R-TN) , a senior State Department official has admitted that President Joe Biden would not be able to reopen the consulate without Israel’s consent, on the basis of the Jerusalem Embassy Act of 1995 which bars the U.S. from taking any action that would divide Jerusalem.

“It is regrettable that the Biden administration insists on making moves that divide the United States and Israel when our two nations should be laser-focused on stopping Iran’s terror-sponsoring regime from going nuclear,” Hagerty said in a statement.

As noted in a Breitbart article at the time, the Vienna Convention on Consular Relations of 1963, ratified unanimously by the Senate in 1969, also prevents any country from declaring a consulate without the permission of the host country.