RIYADH, Saudi Arabia (AP) — Upon arrival at Dubai’s international airport, travelers can pick up a free guide to the city’s top attractions and events. Curiously, the cover of this month’s “Time Out-DXB” beckons visitors to Saudi Arabia. Emblazoned with an image of the kingdom’s ancient Diriyah fort near the Saudi capital, it reads: “Welcome to Arabia. A Journey You’ve Never Imagined”.

The landlocked, once ultraconservative capital of Riyadh is pitching itself as a city of concerts, movie theaters, world class sporting events and deal-making; a city where revamped cultural heritage sites wait to be discovered, distinguishing Saudi Arabia from other Gulf Arab capitals defined by sprawling malls and high-rise hotels.

The pitch is part of Saudi Arabia’s plan to grab the limelight and title as the region’s top place to do business. Currently, the more glamorous emirate of Dubai is seen as the region’s hub for finance and tourism. No longer does the kingdom want consultants and executives flying in for a few days, only to fly right back out and spend those earnings elsewhere.

There are incentives — or, some say, penalties — for businesses to consider: Saudi Arabia has told companies they have until the beginning of 2024 to relocate their regional headquarters to the country or lose out on lucrative government contracts that keep the region’s biggest economy humming.

It’s the latest move by Crown Prince Mohammed bin Salman, the kingdom’s day-to-day leader, who’s been empowered by his father, King Salman, to overhaul the economy and reduce its dependence on oil for revenue. The 36-year-old prince wants companies, their employees and their families to move to the capital, Riyadh.

Some investors and their shareholders, however, remain wary of the prince. Four years ago — at the very same Ritz-Carlton hotel where a key investment forum took place last week and where 44 multinational companies announced their plans to establish regional headquarters in Riyadh — Prince Mohammed oversaw the unprecedented detention of Saudi business leaders, princes and officers in a purported anti-corruption sweep. The campaign, described by critics as a shakedown, largely took place outside of the courts and public view. It also cemented the crown prince’s grip on power.

Some of the companies now moving headquarters to Riyadh had already signed agreements to do so earlier this year, while others were announced for the first time. In all, the list includes multinational names like PepsiCo, Siemens Mobility, Unilever, Deloitte, Halliburton, Schlumberger and Baker Hughes.

“We’re convinced that this is win-win,” Saudi Investment Minister Khalid al-Falih told The Associated Press in an interview on the sidelines of the forum. “It’s important for us, but it’s even more important for the companies because they will get the benefits of being closer to decision makers.”

He said the intent “is not to penalize companies” but to show them access to “the biggest market in the region.” Saudi Arabia is the only Arab nation among the Group of 20 countries representing 80% of the world economy.

Al-Falih was in Los Angeles and Washington D.C. shortly before the Riyadh summit attempting to woo more U.S. investments in Saudi Arabia. He is well-known internationally, having once served as Saudi energy minister and as oil giant Aramco’s CEO and chairman.

The government hopes the “Regional Headquarters Attraction Program” will add $18 billion to the local economy and create 30,000 new jobs over the next decade.

Creating jobs and diversifying the economy sit at the heart of Prince Mohammed’s Vision 2030 blueprint for transforming the country. He is to inherit a nation where over a third of the population is under 14, and more than 60% are under 35. No longer can the public sector absorb or afford the wages of most Saudis. The prince is partly looking to the $450 billion Public Investment Fund, the kingdom’s sovereign wealth fund, to generate jobs and non-oil economic growth through state-backed mega-projects, like the $50 billion heritage project in Diriyah just outside Riyadh featured on the cover of Dubai’s airport magazine.

Prince Mohammed is also attempting to diversify the Saudi economy amid a global push to transition away from burning fossil fuels to cleaner forms of energy. The kingdom has pledged “net zero” emissions by 2060, but has no plans to phase out its production and export of oil and gas to other nations.

Some investors remain concerned about doing business in the kingdom, said Ayham Kamel, head of the Middle East division at Eurasia Group, a political risk consultancy that advises businesses.

He said there is little clarity on tax incentives for businesses that will relocate or whether they will need to adhere to a Saudi hiring quota.

The investment minister said the kingdom is working on providing answers, after a rocky start over the past five years. “We did not have the opportunities well-defined and we did not have the regulations in place,” al-Falih said. “That is now either done or on it’s way of being done in the next couple of years.”

Al-Falih said Saudi Arabia wants to be seen as a safe place to do business. He said the self-declared anti-corruption campaign should be seen as a sign that the kingdom is “starting a new page” where foreign investors can find a “level playing field.” 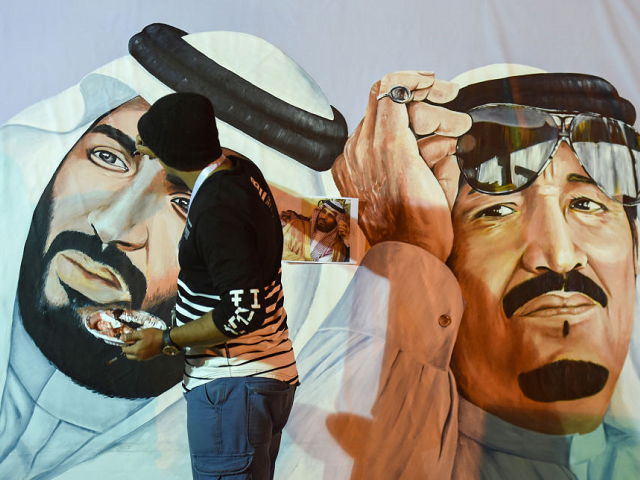 Investors remain tepid about Saudi Arabia, though the figures are improving. Foreign direct investment to the kingdom plummeted dramatically to $1.42 billion in 2017, the year Prince Mohammed stunned the nation by sidelining his more experienced, older cousin to become crown prince and the year he launched the purported anti-corruption campaign.

Last year, foreign direct investment climbed to $4.6 billion, but that’s still less than in 2016 when it stood at $7.5 billion. The figures are dwarfed by inflows to neighboring United Arab Emirates, where FDI reached $13.8 billion last year.

Some see the kingdom’s ambitions as a direct challenge to the UAE’s emirate of Dubai, which exudes luxury and flair with its trendy bars and restaurants, five-star hotels, high-end gyms, endless shopping and family-friendly beaches tailored for Western lifestyles and Asian tourists. For many, Riyadh remains lack-luster in comparison.

Al-Falih brushed aside comparisons with Dubai, saying Riyadh is simply claiming what he believes is its “appropriate place as as the capital of the Middle East.” 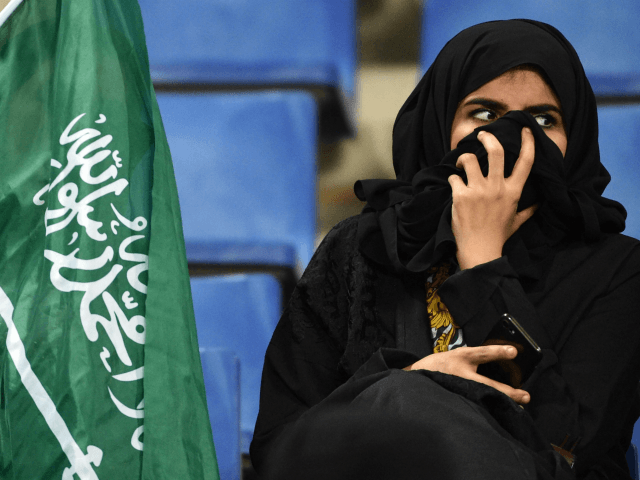 Saudi women cheer for their football team during a friendly match between Saudi Arabia and Iraq for the ‘Superclassico’ championship at King Saud University Stadium in Riyadh on October 15, 2018. (FAYEZ NURELDINE/AFP/Getty Images)

Dubai is working to retain its place as the region’s premier tourism, financial and real estate hub. At the departure hall of Riyadh’s international airport, a large advertisement hangs from the ceiling, featuring an investment opportunity in a new beachfront development in Dubai. To keep foreigners invested longer, the UAE is also easing visa rules for residents and investors.

Across the Gulf, higher oil prices have improved sentiment. Oil prices, which averaged $84 per barrel in October, have also buoyed Saudi foreign reserves to almost $466 billion.

The mood at the investment forum in Riyadh largely reflected that. The three-day forum drew more than 1,000 delegates, including several American billionaires and top U.S. hedge-fund managers. This came just three years after these same business titans canceled their attendance following the international outcry over the killing of Saudi critic Jamal Khashoggi by Saudi agents who worked for the crown prince.

On the opening night, forum guests attended a gala dinner with an open-air concert by American singer Gloria Gaynor in the King Abdullah Financial District, a complex of skyscrapers where Prince Mohammed hopes firms will set up their regional headquarters.

Kamel, the analyst, said he expects Dubai will retain a large part of the region’s global investments. Saudi Arabia, he said, will attract a bit more of the current market share from businesses whose main revenue is generated by the kingdom.

Any investor interested in setting up operations in Saudi Arabia will have to contend with the fact that Prince Mohammed sits very much at the top of important decision-making.

“In this kind of emerging market, you’re making a bet on the leadership and it’s strategic choices,” he said. “There’s no way to escape it.”