The Turkish lira fell 1.6 percent to a record low against the dollar Monday, causing fresh anxiety for nervous investors.

The news was bad enough to make strongman President Recep Tayyip Erdogan step back from a diplomatic confrontation with the U.S. and Europe.

The Turkish currency hit a few record lows last week but plunged again to an all-time rock bottom after Erdogan declared his intention to expel the ambassadors of the United States, France, Germany, and seven other Western nations.

“The severe depreciation has raised concerns among investors about the risk of a balance of payments crisis, given the country’s large external debt and its low foreign exchange reserves,” the Financial Times reported, noting many Turks are moving their savings to foreign currency as they lose confidence in the lira.

Turkish compromise will not repair all the damage https://t.co/bJNCJ1JEgj | opinion

Erdogan was infuriated at those ten nations because they issued a joint statement last week demanding the release of Osman Kavala, a 64-year-old businessman and philanthropist jailed in October 2017 for financing nationwide protests and allegedly supporting the failed 2016 coup attempt against Erdogan.

The ten signatories of the joint letter said “continuing delays” in Kavala’s trial “cast a shadow over respect for democracy, the rule of law, and transparency in the Turkish judiciary system.” 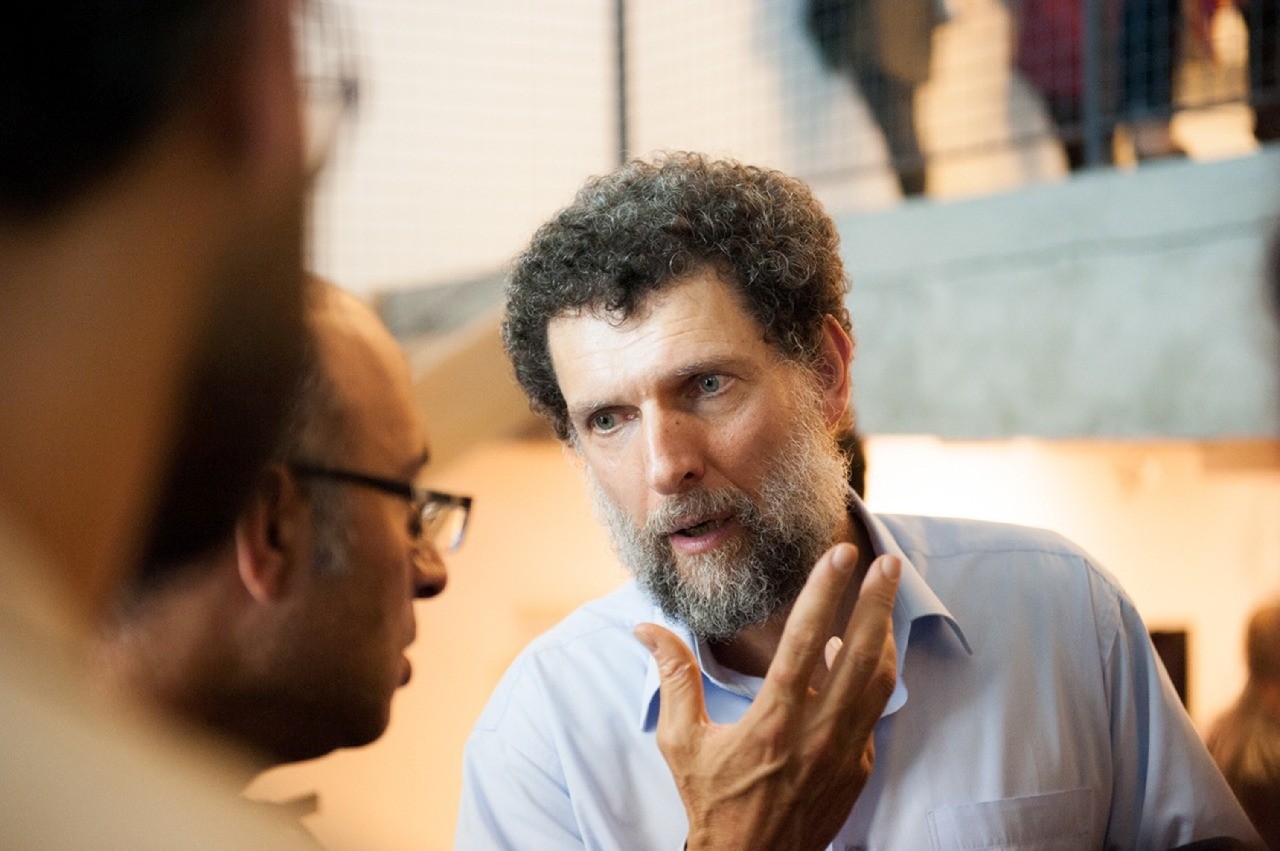 Parisian-born philanthropist and activist Osman Kavala, 64, has been in jail without a conviction since 2017. (AFP)

“I gave the necessary instruction to our foreign minister and said what must be done. ‘These 10 ambassadors must be declared persona non grata at once. You shall sort it out immediately,’ I told him,” Erdogan said Monday, describing a conversation with Turkish Foreign Minister Mevlut Cavusoglu.

“They must understand and know about Turkey; the day they don’t, they will go,” Erdogan raged. “What kind of an indecency is this? Where do you think you are? This is Turkey. This is not a tribal state as you think.”

Erdogan claimed that, in addition to working with the 2016 coup plotters, Kavala is an agent or “remnant” of left-wing billionaire George Soros.

“With their money these people want to shake up any place they want, however they want,” Erdogan complained.

“President Erdogan’s insulting language about George Soros, a man his government welcomed to Istanbul, is an effort to distract from the simple fact that Osman Kavala is innocent and should be released,” Soros’ Open Society Foundation responded.

“These toxic comments from the president about a case currently before the courts are one more assault on Turkey’s supposedly independent legal system. We urge the Turkish authorities to free Osman now,” Open Society Foundation President Mark Malloch-Brown demanded. 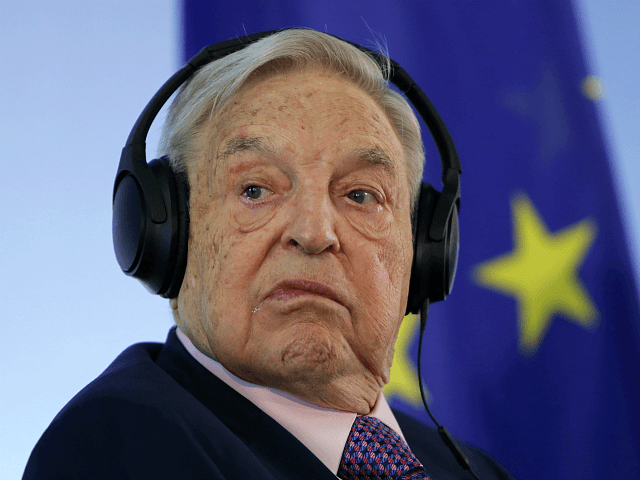 Hungarian-American investor George Soros attends a press conference prior to the launch event for the European Roma Institute for Arts and Culture at the Foreign Ministry in Berlin, Germany, Thursday, June 8, 2017. (AP Photo/Ferdinand Ostrop)

The foundation added that Kavala served on the advisory board of its branch in Turkey years ago, but that operation was shut down in 2018.

Reuters noted that seven of the ambassadors Erdogan wanted to expel belong to Turkey’s nominal allies in the North Atlantic Treaty Organization (NATO), and five of them are among Turkey’s top trading partners, so the Turkish strongman risked opening “the deepest rift with the West in Erdogan’s 19 years in power.”

“This is a very regrettable situation. We’ve considered it important that the decisions of the European Court of Human Rights are respected and complied with, and therefore have called for the release of this human rights activist,” Sanna Marin, the prime minister of Finland, said Sunday evening.

Market analysts predicted a severe diplomatic rift with Europe would have disastrous consequences on the Turkish economy. Erdogan’s domestic opponents suggested his demand for expelling the ambassadors was a theatrical stunt designed to distract public attention from Turkey’s dire economic situation.

“The reason for these moves is not to protect national interests but to create artificial reasons for the ruining of the economy,” said opposition party leader Kemal Kilicdaroglu, who accused Erdogan of “rapidly dragging the country to a precipice.”

“We’ve seen this film before. Return at once to our real agenda and the fundamental problem of this country – the economic crisis,” said another opposition leader, Yavuz Agiralioglu.

“Erdogan believes he can win the next Turkish elections by blaming the West for attacking Turkey – notwithstanding the sorry state of the country’s economy,” charged Sonar Cagaptay of the Washington Institute for Near East Policy.

Some observers speculated Erdogan would have trouble walking back such belligerent comments after immediate and disastrous economic and diplomatic consequences, since it would make him look weak. Others pointed out that he has a history of making threats without following through. Several Western embassies said on Monday they never received any official notification their ambassadors could be expelled.

On Monday afternoon, Erdogan did indeed back down, pronouncing himself satisfied by statements from the ten Western nations that they respected United Nations conventions against interfering in the internal affairs of other countries.

According to Erdogan, it was the other ten nations involved in the confrontation who took “a step back from the slander against our country” by restating their respect for those U.N. conventions.

“They will be more careful now,” the Turkish president declared, while Turkish financial interest breathed a massive sigh of relief, and the lira regained some of its lost value.

Erdogan is scheduled to attend the next G20 summit in Rome on October 30 and meet with U.S. President Joe Biden, a meeting that looks to be tense after several significant diplomatic crises and Turkey’s increasingly close ties to Russia.