The Israeli Air Force will begin training for an attack on Iran’s nuclear program at the start of 2022, the Times of Israel reported on Monday.

The Israeli military has stepped up measures to counter the threat posed by Iran as diplomatic efforts to restore the tattered 2015 nuclear deal have floundered in recent months.

Israeli Prime Minister Naftali Bennett last month told the U.N. General Assembly that “Iran’s nuclear program has hit a watershed moment, and so has our tolerance. Words do not stop centrifuges from spinning… We will not allow Iran to acquire a nuclear weapon.” 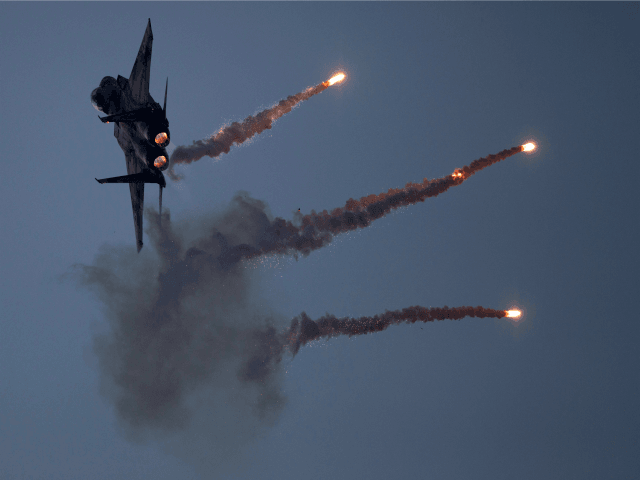 An Israeli Air Force fighter jet releases flares during an acrobatics display during a graduation ceremony in the Hatzerim air force base near the southern city of Beersheba, Israel. (AP Photo/Ariel Schalit)

According to The Times of Israel, some aspects of the IAF’s attack plan are ready to be deployed in short period of time, while others would take more than a year.

Some of those include finding ways to strike subterranean facilities and countering Iranian air defenses as well as retaliatory strikes.