BERLIN (AP) — A German convert to Islam was sentenced to 10 years in prison Monday on charges that, as a member of the extremist Islamic State group in Iraq, she allowed a 5-year-old Yazidi girl she and her husband kept as a slave to die of thirst in the hot sun.

The Higher Regional Court in Munich convicted the 30-year-old, identified only as Jennifer W. in line with privacy rules, of — among other things — membership of a terrorist organization abroad, aiding and abetting attempted murder, attempted war crimes and crimes against humanity, German news agency dpa reported.

Federal prosecutors had accused the woman, from Lohne in Lower Saxony, of standing by in Iraq as her then-husband chained the young Yazidi girl in a courtyard and left her to die of thirst.

The child was “defenseless and helplessly exposed to the situation,” judge Joachim Baier said on Monday, adding that W. “had to reckon from the beginning that the child, who was tied up in the heat of the sun, was in danger of dying”. 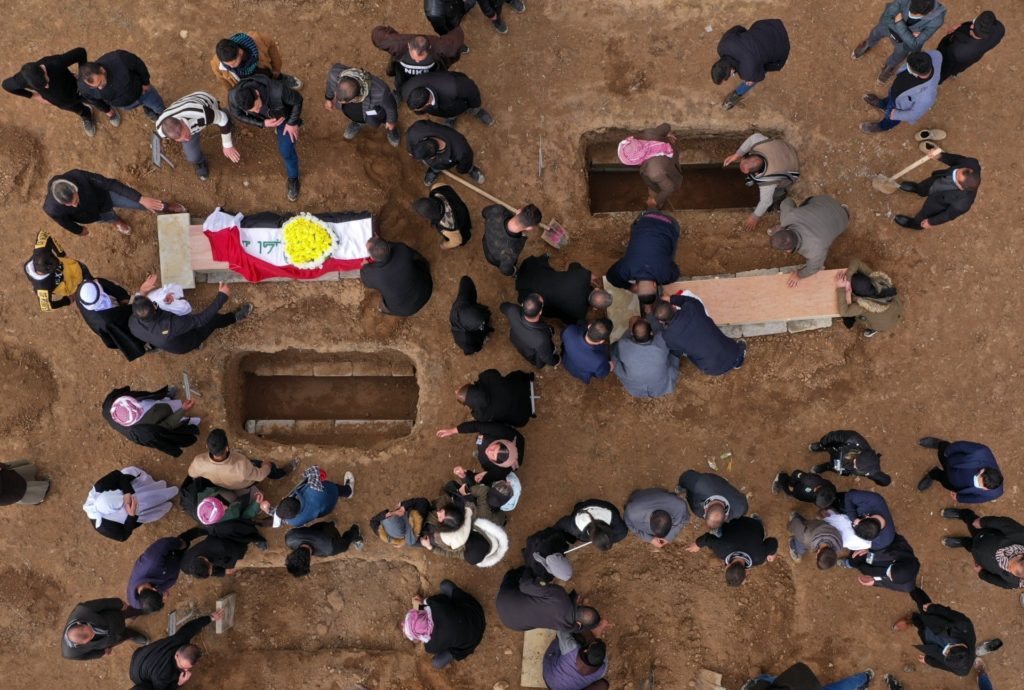 An aerial view of mourners preparing to bury the remains of Yazidi victims in a cemetery in Sinjar, Iraq, Saturday, Feb. 6, 2021. 104 Yazidi killed by the Islamic State group six years ago were given a proper burial in a cemetery in Sinjar’s Kocho village in the country’s north. The bodies were exhumed from mass graves last year and sent to Baghdad for identification through DNA test. (AP Photo/Farid Abdulwahed)

However, she had done nothing to help the girl — although this had been “possible and reasonable” for her, Baier said, according to dpa.

W. grew up as a Protestant but converted to Islam in 2013.

German media reported that she made her way to Iraq through Turkey and Syria in 2014 to join the IS. In 2015, as a member of the extremist group’s “morality police,” she patrolled parks in Fallujah and Mosul, armed with an assault rifle and a pistol as well as an explosive vest and looking for women who did not conform with its strict codes of behavior and dress, prosecutors said.

She was taken into custody while trying to renew her identity papers at the German embassy in Ankara in 2016, and deported back to Germany.