In his remarks, Bennett warned of Iran’s advances in developing a nuclear weapon and said Tehran has reached “a watershed moment” in that pursuit.

Bennett added that Israel has lost its “patience” waiting for the international community to act.

“We will not allow [Iran] to have a nuclear weapon,” Bennett said, echoing U.S. President Joe Biden in his speech last week. “Words do not stop centrifuges from spinning.”

Bennett said Israel resides in the “toughest neighborhood on Earth,” surrounded by terrorist groups like Hamas and Hezbollah that seek Israel’s demise. He said those groups are all funded by Iran.

“Iran’s great goal is crystal clear to anybody who cares to open their eyes. Iran seeks to dominate the region and seeks to do so under a nuclear umbrella. For the past three decades, Iran has spread its carnage and destruction around the Middle East, country after country.” 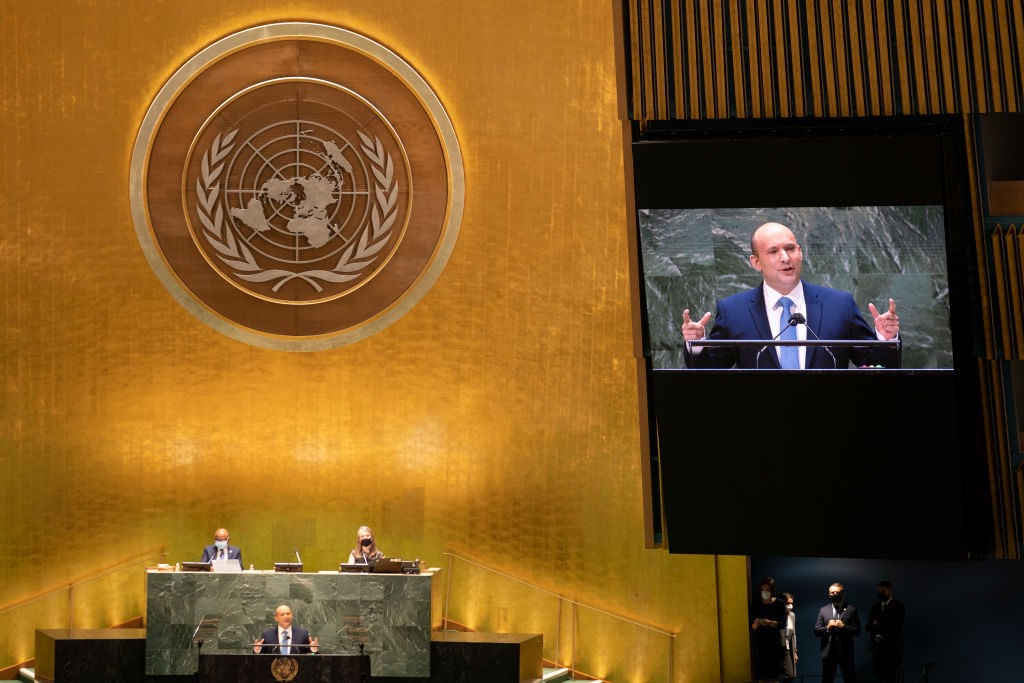 Bennett, who became prime minister earlier this year, also criticized a recent conference marking the 20th anniversary of the Durban Declaration and Program of Action that addressed global racism, saying it’s turned into a conference that promotes bigotry with its anti-Israel stance.

Bennett, however, did not mention Israel’s long-running conflict with the Palestinians. In his address last week, Palestinian Authority President Mahmoud Abbas heavily criticized Israel for tearing down Palestinian homes, calling the effort “apartheid” and “ethnic cleansing.”

“Netanyahu’s speeches at the U.N. made waves all around the world and brought Israel’s political interests to the forefront of international attention,” Likud said, according to Haaretz.

“Unlike him, Bennett gave an empty speech in front of an empty hall and wasted empty words, instead of taking advantage of an important international platform.”